After hearing from lobbyists representing Mercy High School yesterday, the Baltimore Planning Commission voted to “reconsider” the $182,000 fine it leveled against the school for cutting down over 100 trees to make way for a new athletic stadium.

The panel’s change of heart – which will open the door for a reduced fine against the Catholic girls school – did not arise from any changed votes.

Instead, four members of the commission, who were not present at the May 31 meeting when the fine was imposed, agreed to support the reconsideration.

These “new” votes effectively overruled the 3-2 decision by the commission at the prior meeting.

The four commissioners voting in favor of a negotiated settlement with Mercy were Robin Allen, Victor Clark Jr., Talib Horne and Edward Reisinger.

They are, respectively, a retired City Schools planner; a program manager for the Maryland Department of Commerce; director of Baltimore Civic Site, an Annie E. Casey Foundation initiative; and a southwest Baltimore Councilman.

At the same time Mercy High is fighting the city over a proposed $182,000 tree-cutting fine, it has been the recipient of a $150,000 bond bill passed by the Maryland legislature. The bond bill, approved at the behest of 43rd District Delegate Curt Anderson and Senator Mary Washington, helps Mercy finance its $4 million “state-of-the-art” sports stadium, which is scheduled to open at the start of the school year.
–MR
_______________________

None of them offered a detailed explanation of their vote.

“If we reconsider it and it comes back to us, it’s like we’re getting a second bite out of the apple, but it’s also an opportunity to shine the apple,” Clark remarked. 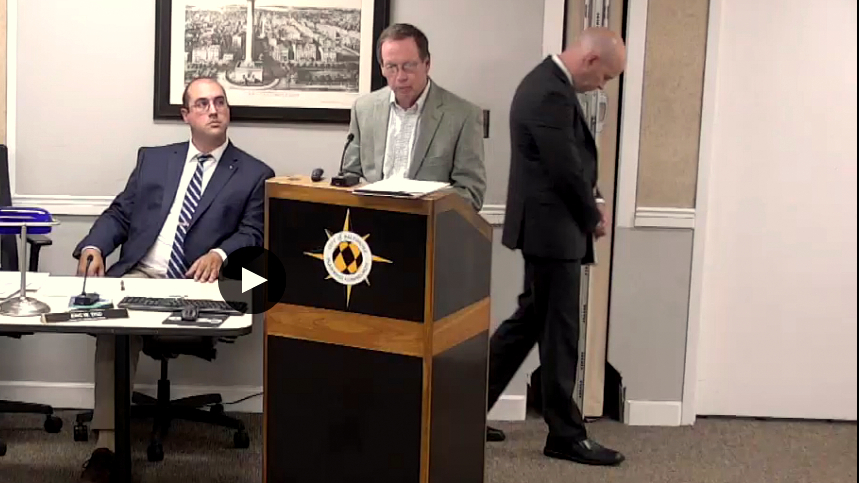 Mercy consultant Al Barry speaks to the Planning Commission, while the school’s attorney, Ryan Potter, walks away from the podium. At left is Planning Department staffer Eric Tiso. (Livestream)

The three commissioners who had voted in favor of the fine stuck to their guns yesterday. They were attorney Thomas Prevas, Marianne Navarro of the mayor’s office, and Marcia Collins, representing the Baltimore Department of Public Works.

Prevas expressed dismay at the vote do-over, saying the commission had already conducted “a full and fair hearing” on the issue and asked “what specific irregularity or wrong would warrant reconsideration.”

Al Barry, representing Century Engineering and Mercy High, called the fine “punitive” and said it ignored “the city’s own culpability” in approving a grading permit that had led to the removal of some of the trees.

Collins said the real issue at stake is “the size of the fine” and said the school’s only defense was that it should only be penalized for the trees removed after its contractor was specifically told by the Planning Department to stop work on the project.

Sean D. Davis, chairman of the commission, abstained from the vote, but took an active role in steering the panel through the procedural steps for reconsidering its prior action.

A principal at the engineering firm of Morris & Ritchie, Davis argued that while there was a quorum at the May 31 meeting, too few members were present to reflect the full consensus of the commission.

Mercy’s attorney Ryan Potter argued that the current fine could handicap the school’s educational mission. At the same time, he acknowledged that Mercy may not actually pay the fine because it was Century Engineering that failed to submit the required forest conservation plan to the city.

“Yes, we can be in an argument with out consultants, design professionals,” Potter said. “But I just would like to reiterate that it would not be without a great deal of pain for Mercy. It’s very expensive, it’s time consuming and it fundamentally distracts its very lean staff from educating children.”

“The great law firm of Gallagher, Evelius & Jones [will] help them out. They’ll still be able to teach their kids while you are fighting over this.”  – Thomas Prevas.

Responding to his remarks, Prevas said, “Their staff will be okay because they have the great law firm of Gallagher, Evelius & Jones to help them out. They’ll still be able to teach their kids while you are fighting over this.” 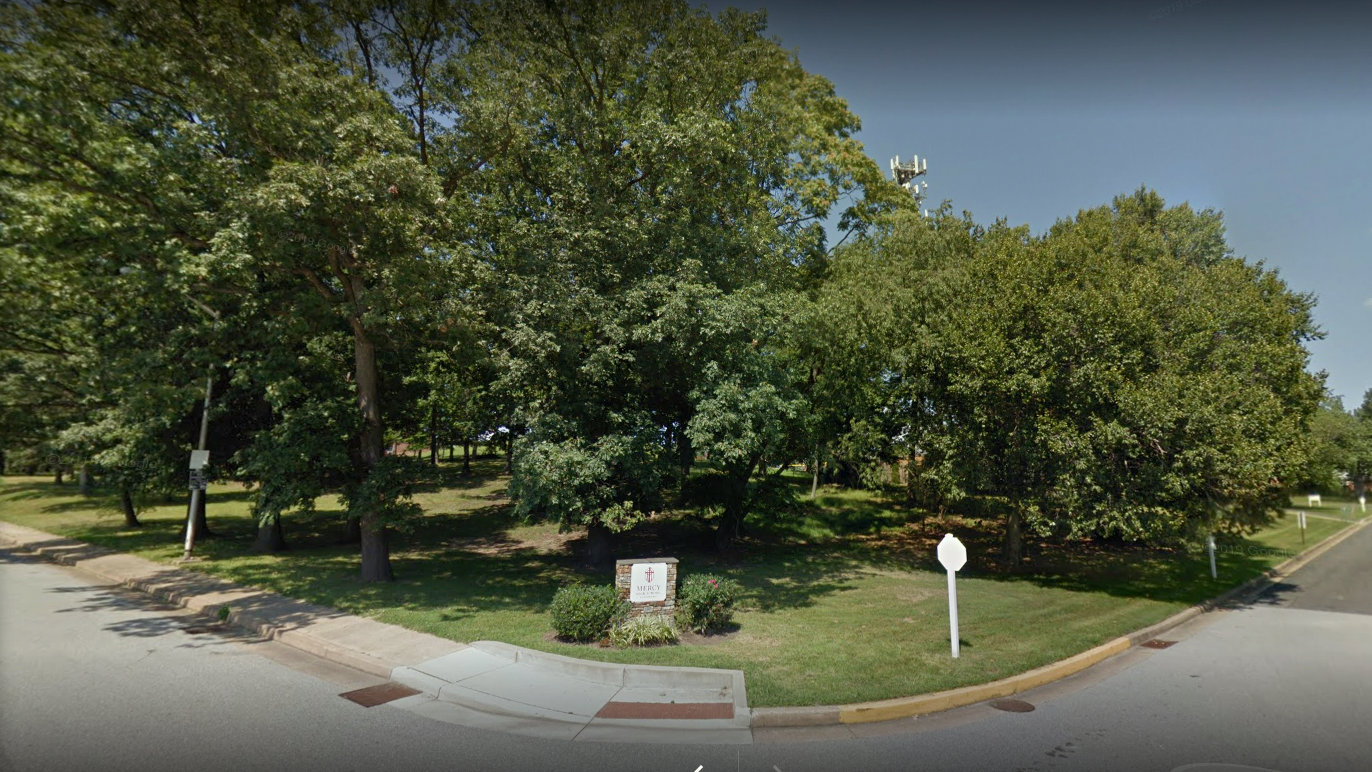 View of the hillside prior to tree-clearing in February and March of this year. (Google Streetview)

Following its 4-3 vote, the commission agreed that Chairman Davis would be responsible for negotiating a settlement with Mercy and bringing the terms of the deal to the next commission meeting.

Prevas asked, and Davis agreed, to allow him to participate in the negotiations.