Demonstrators rallied in Baltimore to protest the decision in Louisville, Ky., not to charge officers for killing Breonna Taylor.

More than 150 activists and supporters of the slain 26-year-old Black woman – shot in her sleep in her apartment by police executing a search warrant – assembled outside Baltimore Police headquarters on Fayette Street last night.

“We have a list of demands,” said march organizer Destini Philpot, standing on a concrete planter, addressing the crowd through a megaphone.

The demands included the immediate firing of, and revoking the pensions of, the officers involved in Taylor’s fatal shooting.

“We demand immediate resignation of [Louisville] Mayor Greg Fisher, and that the Metro Council ends use of force by the LMPD,” she said. “Police shootings are gun violence.” 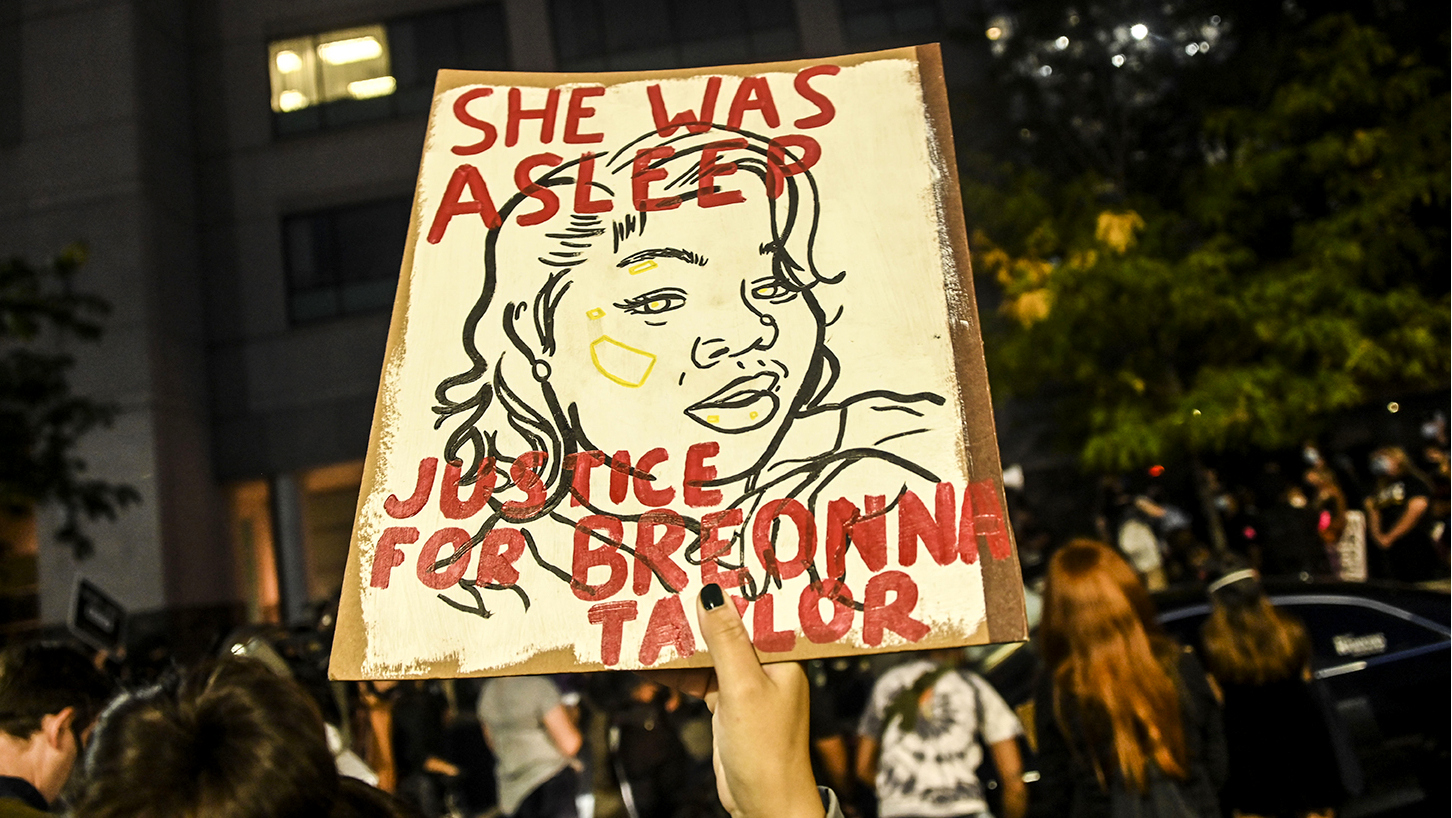 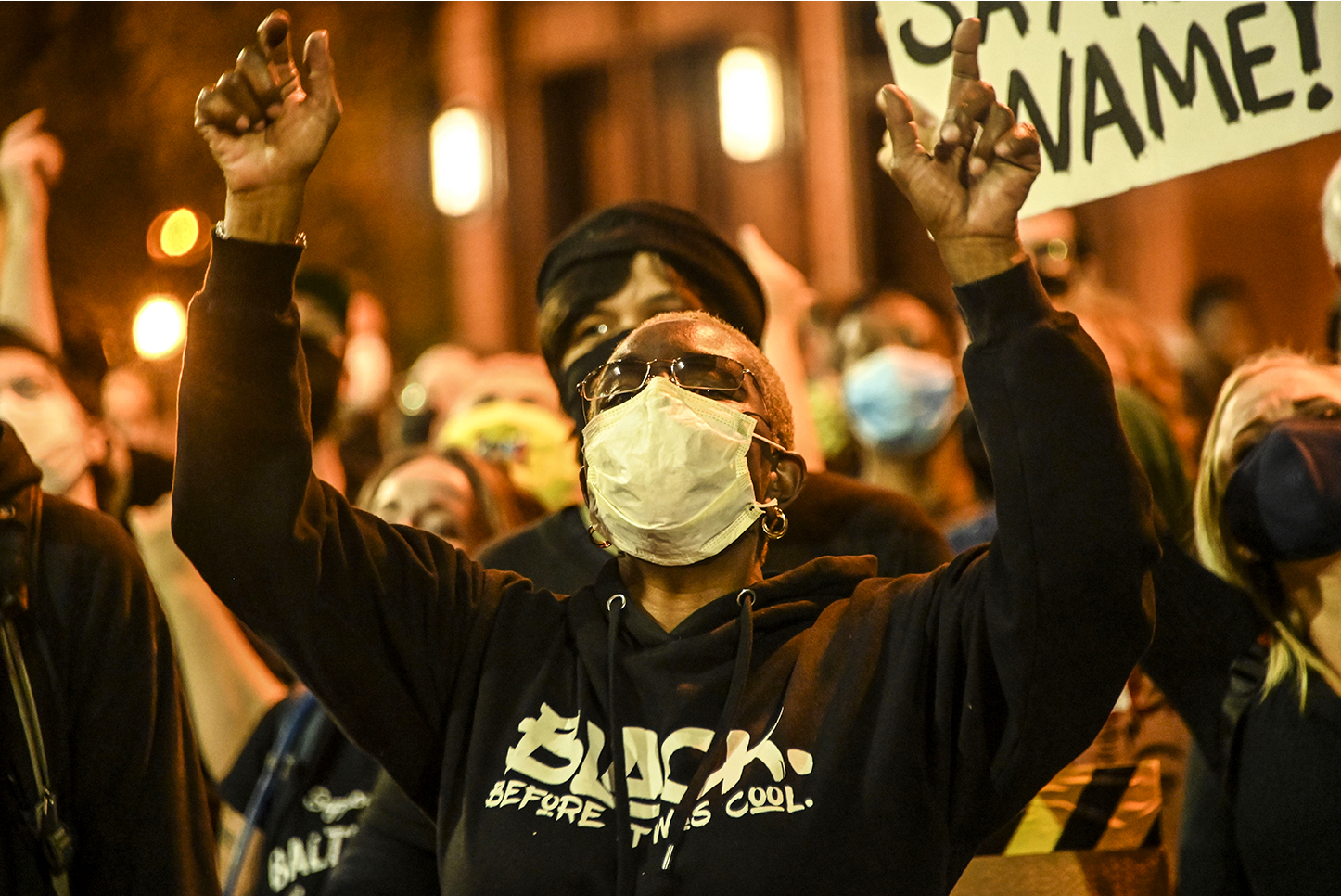 “Say her name. Breonna Taylor!” protesters chant during a march that began outside of Baltimore Police headquarters. (J.M. Giordano)

Similar protests have taken place across the country since a grand jury’s failure Wednesday to bring homicide charges against the Louisville Metropolitan Police Department officers who burst into Taylor’s apartment six months ago and shot her.

In New York, Philadelphia, St. Louis and elsewhere, protesters decried the grand jury’s decision to only charge a single officer – for firing into apartments near Taylor’s.

Eventually last night the protesters left their starting point outside BPD headquarters and streamed through downtown before ending up outside of City Hall. 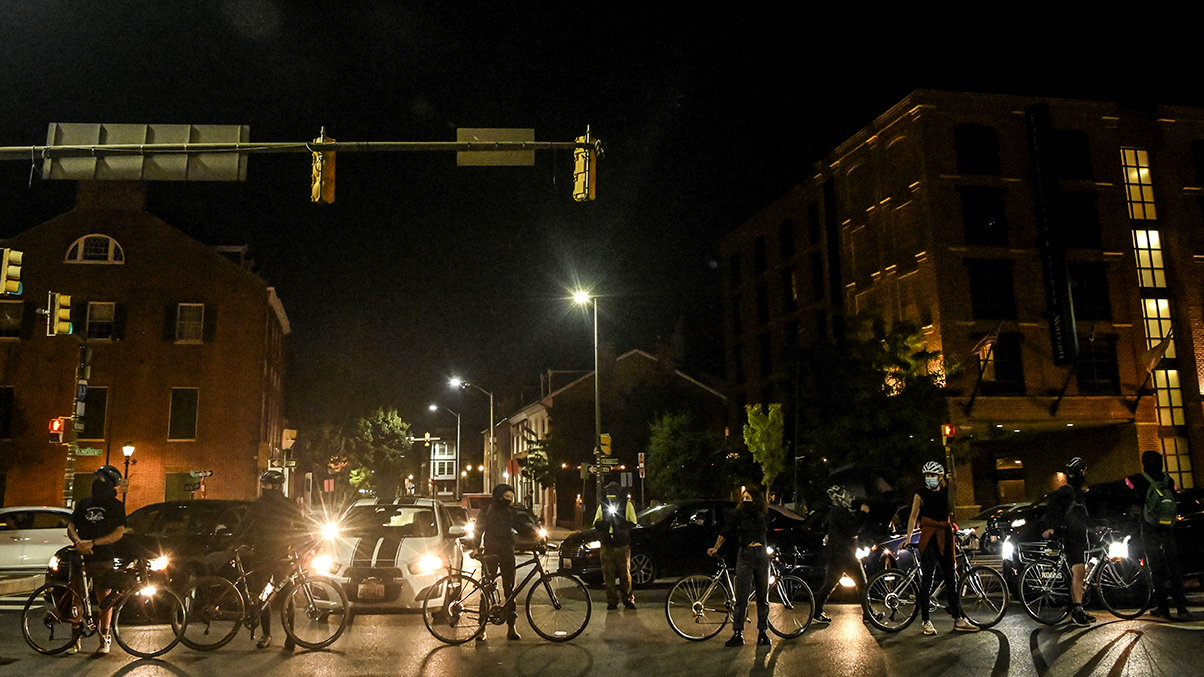 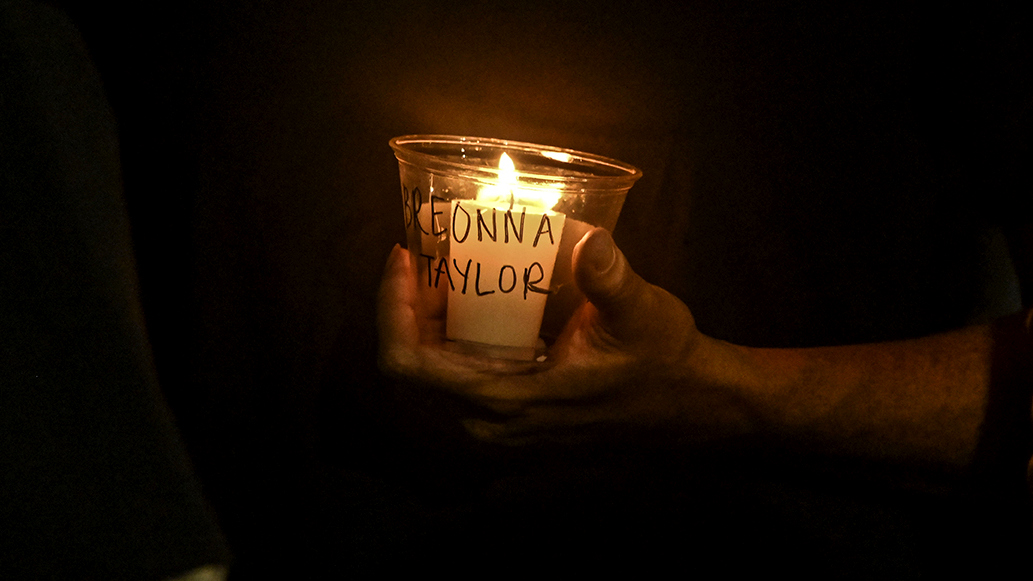