Weich, the dean of the University of Baltimore School of Law, recommends that city officials who could come under investigation by the IG be excluded from membership on the advisory board.

His recommendation would apply to five of the board’s seven members:

The final two members – Weich and Donald B. Tobin, dean of the University of Maryland School of Law – were named jointly by Scott and Mosby.

Critical to protecting the independence of any IG is making sure that members of an oversight board are not preoccupied with protecting themselves, their families or their friends.

Weich gave examples of Atlanta, New Orleans and Palm Springs County, Florida, as jurisdictions with oversight boards that do not include persons subject to the jurisdiction of the IG that they oversee.

The change recommended by Weich would require an amendment to the City Charter.

The task of persuading the City Council to place an amendment reconstituting the advisory board on the ballot for approval by city voters falls squarely on Mayor Scott.

It will be a true test of his leadership.

Putting the IG in her Place

Noticeably absent throughout was uniform enthusiasm for the IG’s role in rooting out incompetence and corruption in city government.

Frankly, given the solid track record of the IG, the board could not have said anything else without incurring the wrath of city residents. The report, drafted by Shea, acknowledged that the IG enjoys a high degree of credibility with the public. That’s the good news.

The bad news is that the report included findings and recommendations that served an ominous political agenda.

For example, the recommendation that the IG emphasize “equity” and “quality control” in her investigations was a wink and a nod toward Council President Nick Mosby.

Critical to protecting IG independence is making sure that members of the oversight board are not preoccupied with protecting family, friends or themselves.

The smear campaign by the couple’s political allies that followed the report questioned Cumming’s objectivity and competence and included claims that the OIG targeted elected Black officials and vendors for investigation.

The allegations never were spelled out, let alone substantiated. No reminder in Cumming’s performance review that her investigations should be accurate and free of racial bias was warranted. Indeed, it was insulting.

One can only interpret the recommendation as a warning to the IG to be careful about whose family or friends she investigates. And part of a wider effort to put her in her place.

The Mosbys have established a fund to raise money to fight a federal criminal investigation they say targets them for being progressive Black officeholders. (mosbydefensefund.com)

Just as troubling was the board’s recommendation that the IG avoid “second-guessing management decisions.”

Shea stated in the report that doing so “does not necessarily fall within the definition of waste, fraud and abuse” and “has the potential. . . to create unhelpful friction with other City agencies.”

Were officials on the board channeling their own fears, or the fears of colleagues who head city agencies, that an IG investigation could be a source of embarrassment or some worse consequence?

A charter amendment is critical next year because Cumming’s term expires in 2024. Without a restructuring of membership, the current board will appoint her successor.

Management decisions range from policy decisions to the type of decision discovered during a recent investigation by the IG. A city official decided to honor an unwritten agreement with a company that routinely does work in city streets that exempted the company from certain provisions of the right of way permit fee schedule.

Suffice it to say that tacit arrangements establishing special rules for individual permittees, vendors, etc., are a source of mischief in municipal governments.

Categorically refraining from second-guessing such “management decisions” would cripple the effectiveness of Baltimore’s watchdog. 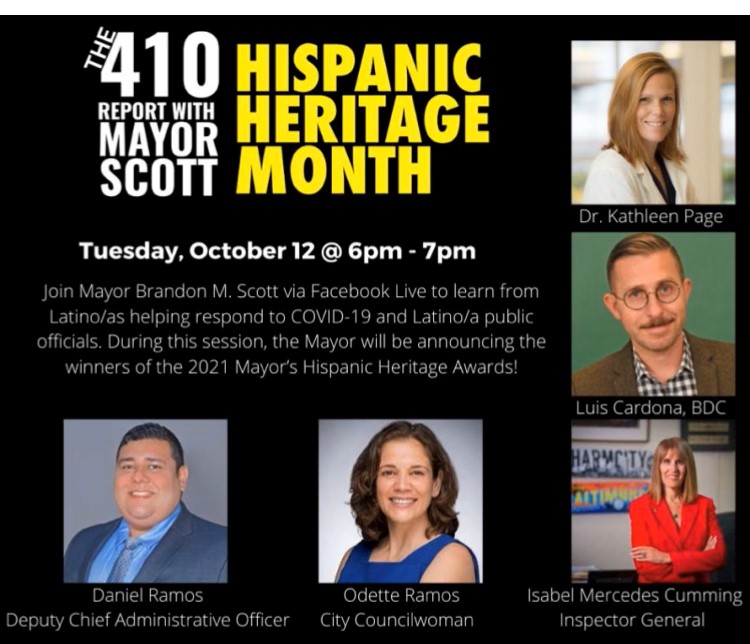 Action Instead of Words

The mayor’s chief of staff and his representative on the advisory board said in the report that the mayor believes that “the Office [of Inspector General] is essential to Baltimore’s progress.”

That is true. Fraud, waste and abuse, and the general incompetence with which they often are associated, have become endemic in city government. The situation is dire.

Scott himself released a statement stressing that he supported “a strong and independent Office of the Inspector General” while a councilman and president of the City Council.

He cited his support of legislation placing the Board of Ethics under the responsibility of the OIG, tightening employee financial disclosure requirements and strengthening protections for whistleblowers.

If the mayor believes in “the noble charge of the OIG” (as claimed by his chief of staff), he will push the City Council to place a measure on the November 2022 ballot that reconfigures the membership of the advisory board.

Getting the charter amendment approved next year is critically important because Cumming’s term as IG expires in 2024. The current board will appoint her successor unless the membership is restructured.

The likelihood of Baltimore having an effective inspector general in the future hangs in the balance.

The impetus for reform is not likely to come from within the ranks of the Council; the risk of retribution from Council President Mosby is apparently too high for fainthearted members.

It will come down to whether Scott is willing to take on the Mosbys. His decision will tell us just how strong of a leader the mayor intends to be.

• David A. Plymyer retired as Anne Arundel County Attorney in 2014 after 31 years in the county law office. He can be reached at dplymyer@comcast.net and Twitter @dplymyer.