The Marilyn Mosby campaign scrambled today to fix the finance report it submitted last night to the State Elections Board, avoiding a potential violation of Maryland election law, but revealing that the campaign raised even less money than previously disclosed following her federal indictment.

Just hours after The Brew reported that Patricia “Patty” Quillin, wife of Netflix CEO Reed Hastings, may have exceeded individual donor limits with two $6,000 donations, the Mosby campaign amended its report to delete one of the contributions.

The change kept Quillin, a Santa Cruz, Calif., philanthropist, within the state limit of $6,000 per donor in a four-year election cycle.

The change, however, dropped total contributions given to Mosby since her January 13 indictment from $38,738 to $32,738.

That’s a fraction of the $1,050,112 raised over the same period by Ivan Bates and Thiru Vignarajah, her two Democratic rivals in the state’s attorney’s race.

Mosby, a two-term incumbent wracked with financial and fundraising controversies (here, here and here), is coming into the final stretch of the primary campaign with diminished resources – only $172,000 on hand compared to $454,000 for Bates, a private trial lawyer, and $641,000 for Vignarajah, a former federal prosecutor.

More than half of her latest contributions did not come locally but from out-of-state sources. In addition to Quillin, they included $6,000 from an Oakland, Calif., philanthropist; $1,500 from a Brooklyn, N.Y., actress; $2,000 from a Los Angeles blog account manager; and $1,000 from a Delaware politician.

Both the original and amended reports are filled with apparent misstatements. For example, the report says the Mosby campaign paid $22,998 last month to Lake Research Partners for “IT – Campaign Computer Equip.”

D.C.-based Lake Research is a well-known progressive and Democratic Party pollster and research firm founded by Celinda Lake. “We provide individual attention and strategy to every candidate we work for,” its website says. There is no mention of sales of computer equipment to candidates.

The employment fields listed for campaign contributors in both reports are simply odd.

One donor is listed in five fields that change with each contribution – administrative, healthcare, automotive, homemaker, and science and technology.

Quillin is listed as “agriculture,” Baltimore attorney J. Wyndal Gordon as “healthcare,” and Kurt Schmoke, former Baltimore mayor and current president of the University of Baltimore, is categorized as “automotive.” 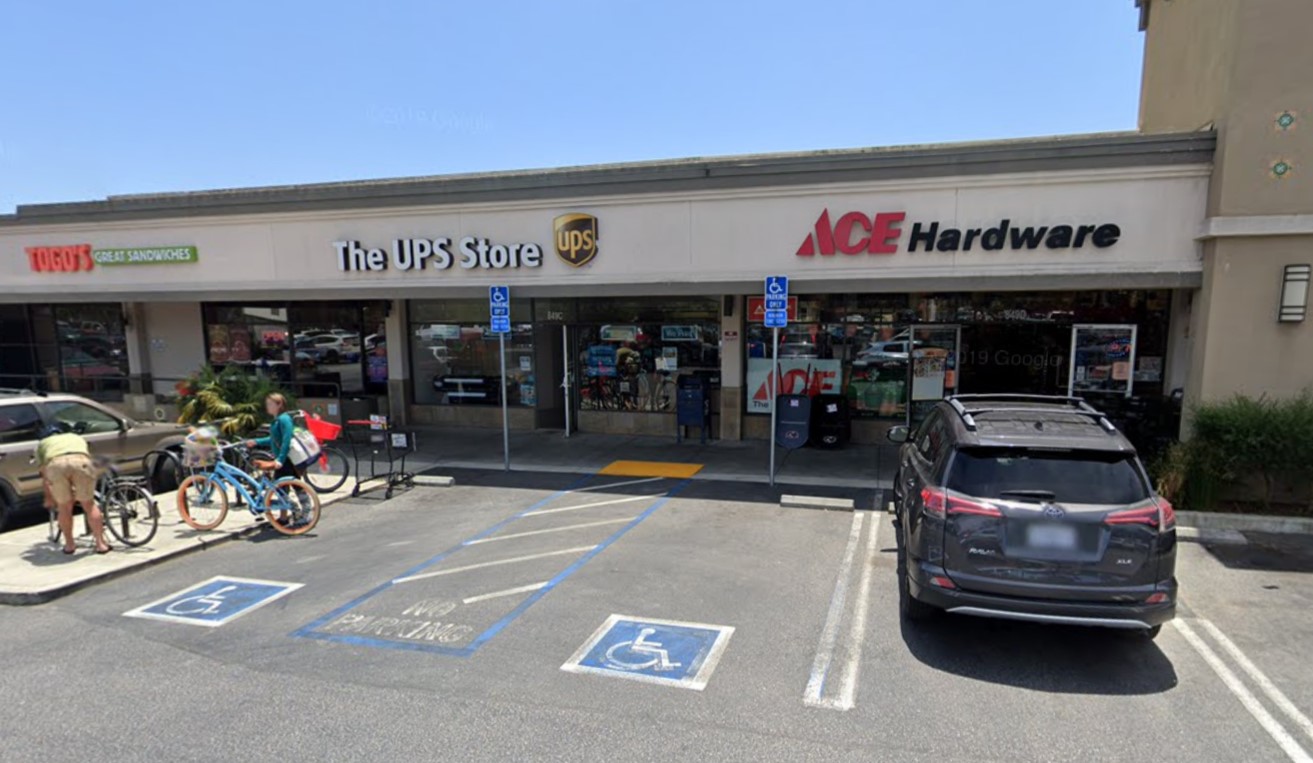 Patty Quillin’s address on her donation to Marilyn Mosby appears to be a postal box at this Santa Cruz UPS store whose address is 849 Almar Ave, Suite C. (Google StreetView)

“Under penalties of perjury”

A Mosby spokesperson demanded today that The Brew correct what she called “misinformation” about Quillin’s contributions.

The brief statement by Robyn Murphy did not acknowledge that the “misinformation” came from Mosby’s own report.

At 1:59 p.m. – or an hour after the report was amended online by campaign treasurer Sharif Small – Murphy asserted that Quillin had fully complied with Maryland election laws.

“Patty Quillin made maximum donations of $6,000 to the Friends of Marilyn Mosby campaign in 2018 and 2022. These contributions are in compliance with Maryland campaign finance laws,” she wrote, quoting Small.

Murphy titled her message, “Statement to correct Misinformation in your recent article.”

As chairman of Friends of Marilyn Mosby, the state’s attorney is required to affirm “under the penalties of perjury” that the entries in her finance reports “are true to the best of my knowledge, information and belief.”