Kevin Plank has never been timid. He started Under Armour in the basement of his grandmother’s house 18 years ago and went on to outfox Nike and other rivals to create an international sports apparel powerhouse.

Now Plank is looking to expand his reach from his company’s perch at the old Procter & Gamble factory in Locust Point.

He’s entering the risky business of waterfront real estate, taking a seat (as much as possible beneath the public radar) at a table now occupied by the likes of Michael Beatty, John Paterakis, Mark Sapperstein, Doug Schmidt, Tom Bozzuto and Arsh Mirmiran.

On Wednesday, a company owned by Plank – and independent of Under Armour – won city approval to buy the development rights to the Broadway Recreation Pier in Fells Point.

By so doing, Plank is gambling that he can turn a stalled hotel venture – which so far has done little more than kick the colorful Moran tugs out of Fells Point – into a showcase property. It’s a task that eluded the first developer, J. Joseph Clarke, and his supposed white knight, Paterakis, who sold his interest in the pier to Beatty two years ago.

Equally importantly was this week’s revelation that Plank had partnered up with Marc D. Weller to develop the pier through Sagamore Development Co., apparently named after Plank’s horse farm in Worthington Valley.

This is significant because it offers further evidence that Plank is the deep pockets behind the $35 million “mystery” purchase of 58 acres of waterfront property at Port Covington in South Baltimore last January.

The true purchasers of the Port Covington site – twice the size of Harbor Point – have been walled off from public disclosure by legal nominees.

Weller, a Washington-area developer, was eventually fingered as the new property owner by the Baltimore Business Journal. But so far Weller has eluded reporters’ questions, while Plank has flatly refused to confirm or deny his involvement in the transaction. 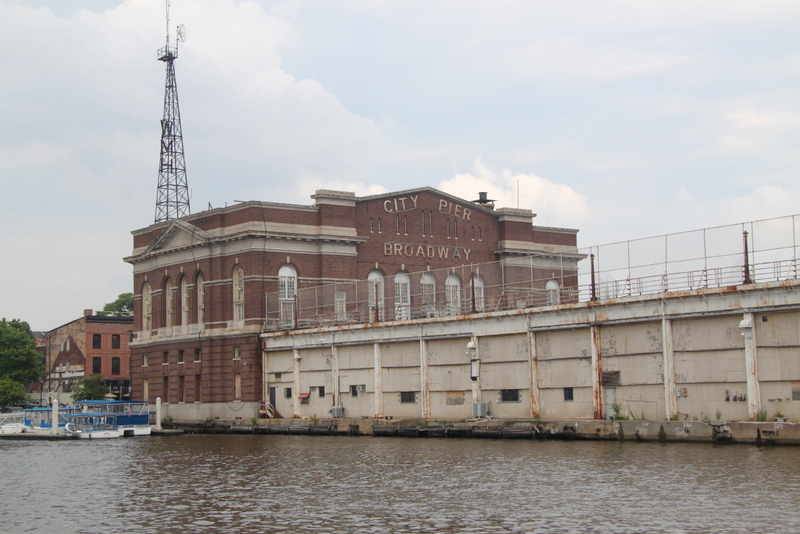 Despite its grand location, the City Pier at Broadway has foiled developers for decades. (Fern Shen)

The purchase was structured through “2701 Port Covington Drive,” a limited liability company that lists a trust in place of a resident agent and names the Ballard Spahr law firm as its principal office.

The same set-up was used by Plank and Weller to establish Sagamore. An allied entity involved in the Rec Pier (1715 Thames Street LLC) has links to Plank’s older brother, J. Scott Plank.

A Man with Money

Unlike some past waterfront developers who sank under the weight of the recession and their own ambition – Patrick Turner and C. William “Bill” Struever come to mind – Kevin Plank has plenty of financial buoyancy.

The rising value of his 20-million-plus shares of Under Armour stock has led Forbes magazine to calculate his net worth at $2.5 billion. So it would seem that he has cash available to build the 128-room luxury hotel at the Rec Pier with a restaurant, swimming pool and other accoutrements together estimated at $60 million. 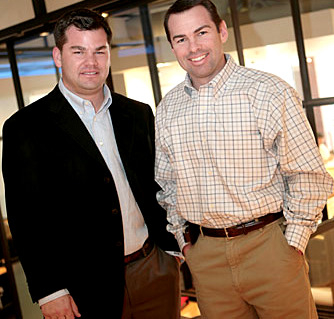 On Wednesday, the Board of Estimates sweetened the pot for Plank and Weller by waiving the original plan calling for a public promenade around the pier.

According to city records, the promenade posed serious engineering challenges and could mean the loss of millions of dollars in city and federal historic tax credits that are available to developers.

The city’s approval Wednesday of the amended Land Disposition Agreement means that Sagamore can buy the property from Beatty’s Recreation Pier Developers for a reported $3.4 million.

Under a new timetable for development, Plank and Weller have nine months to apply for a hotel building permit, with two 90-day extensions permissible.

In return for not having to construct a waterfront promenade, the new builders promised to improve the public right-of-way between Broadway and Ann Street on either side of the Rec Pier.

They also agreed to “enhance the appearance of the southern edge of the Broadway Pier” with lighting, seating and other improvements, which will look across the harbor at Under Armour’s corporate headquarters at the Tide Point complex in Locust Point.

Picking up the Pieces

The Port Covington property has wallowed in failed commercial development for more than a decade. Currently, an underutilized Wal-Mart store occupies the stub end of a sea of empty parking lots, deserted roads and a boarded-up Sam’s Club that resembles an outtake from The Walking Dead. 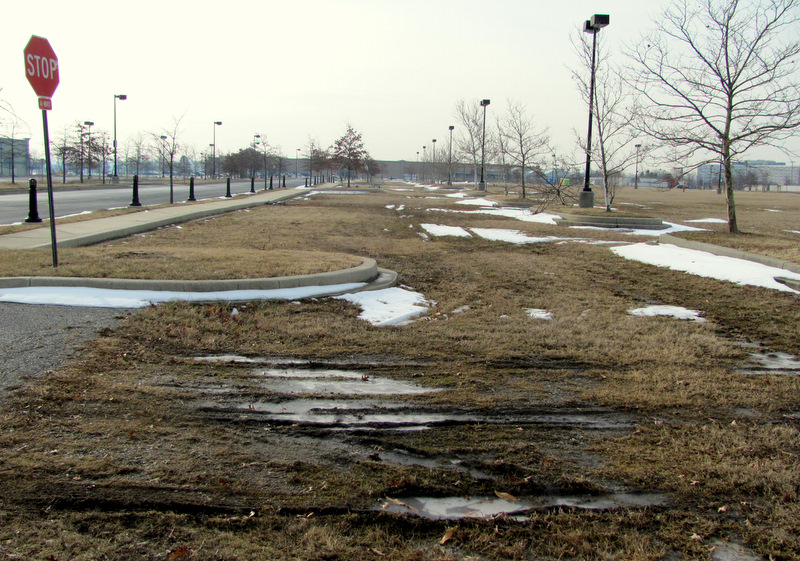 What is planned for this forlorn Port Covington property linked to Kevin Plank? (Mark Reutter)

“What the heck happened here,” asked SouthBMore.com in its account of a former railway port terminal turned into a parody of suburban sprawl upended by a hoped-for gambling casino that never materialized.

What is planned by the new owners, who have yet to officially reveal themselves, is anyone’s guess.

One educated guess is that Plank wants to build a distillery at the site to fulfill his dream of reviving Maryland’s rye whiskey business. Recently, a Ballard Spahr lawyer approached the city planning department to talk about locating such a distillery at 301 East Cromwell Street at Port Covington.

All that sounds like small potatoes for a visionary entrepreneur who’s become the darling of Wall Street investors.

So maybe, sometime, he’ll decide to tell Baltimoreans what he’s up to.