Four years behind schedule, West Covington Park in South Baltimore may finally be opening to the public.

A representative for the city’s Department of Transportation did not give an exact date but indicated in an email that the opening could be soon, after some maintenance items are worked out.

“The Department of Transportation is coordinating with our contractor to finish this project as soon as possible,” said DOT spokesperson Kathy Dominick. “We need to conduct a final inspection of the project with the contractor, once some landscaping maintenance items are addressed.”

West Covington Park is the second park project involving DOT that has not been completed on schedule this year, even though high-profile private sector partners have been involved in the planning and coordination.

In both cases, DOT and its contractors have come close to finishing but then haven’t completed the final touches and punch list items, leaving the project less than fully functional. 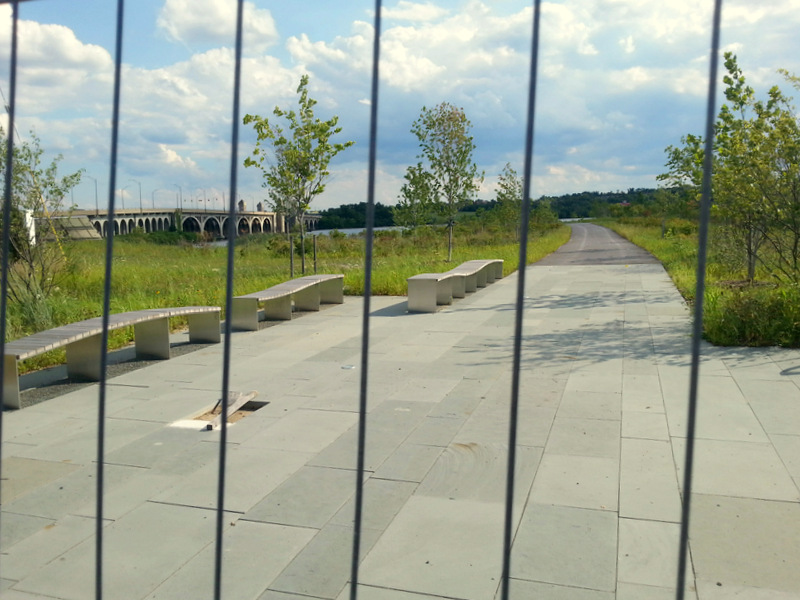 Cordoned off from the public, the $4 million West Covington Park was supposed to open in 2011. (Photo by Ed Gunts)

At Charles and 33rd streets in Charles Village, DOT is the city agency on a team responsible for completing a $254,000 “art park” that was designed as a key element of the $25 million reconstruction of Charles Street between 25th Street and University Parkway.

The project is one of the largest and most expensive works of public art in Baltimore’s history. 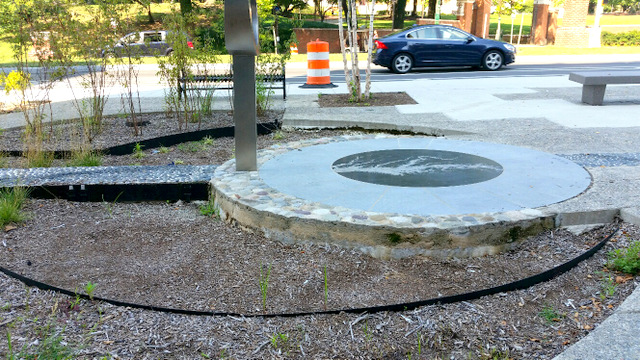 Optical Garden was scheduled for a grand opening last spring. Here it is today, unfinished. (Photo by Mark Reutter)

The Charles Village park was scheduled to be completed and have a grand opening and ribbon cutting last spring, according to Baltimore’s Office of Promotion and the Arts (BOPA).

But the opening didn’t take place because of delays in connecting the electrical power for lights and completing other finishing touches, according to BOPA and the designers, Tom Drugan and Laura Haddad.

From the beginning, lighting has been an important feature of the park’s design. According to Drugan and Haddad, white lights are supposed to illuminate the park year-round, but different colored spotlights are supposed to shine on engraved stones on the ground to signify different seasons: blue for winter, pink for spring, green for summer, and amber for autumn.

Called Optical Garden, the park is near the main entrance to the Homewood campus of the Johns Hopkins University, where students are returning this week for the fall semester.

It occupies city-owned land and was funded under Baltimore’s One Percent for Art program, which requires that at least 1 percent of the eligible budget of any public works project be reserved for public art.

DOT managed the Charles Village project with BOPA, Baltimore’s Public Art Commission and RK&K, the engineering firm that oversaw the redesign of Charles Street. They worked with a community panel that included representatives from Hopkins, Charles Village and the Baltimore Museum of Art.

Hopkins allocated $2.5 million to help fund the $25 million reconstruction of Charles Street. The university did not contribute funds specifically for the art park, but has agreed to maintain the area after construction is complete.

DOT spokesperson Dominick said no grand reopening event is planned for the reconstruction of Charles Street. She said the agency will hold an event if the community requests one, but no one from the community has done so. 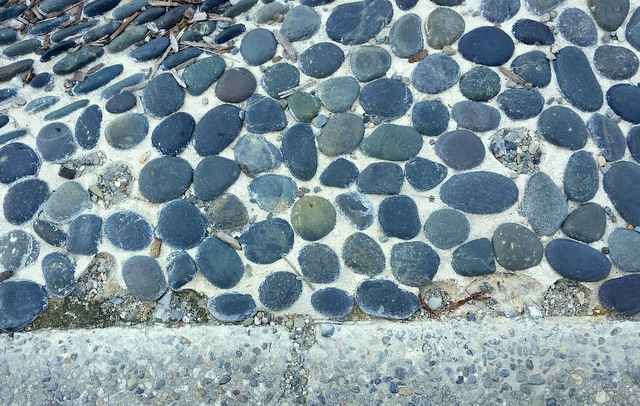 BOPA spokeswoman Tracy Baskerville said today that she would check on the agency’s plans to mark the completion of Optical Garden once work is completed.

(In addition to lighting, plantings are needed around the sculptural steel rings and stone medallions, and some of the stones forming the outline of a meandering riverbed are missing.)

Tracey Reeves, a spokesperson for Johns Hopkins, could not be reached for comment. Sandra Sparks, president of the Charles Village Civic Association, said she has heard no updates recently about the Optical Garden project.

Jill Rosen, a spokesperson for Hopkins, provided information from Michael Sullivan, the University’s liaison for the Charles Street Reconstruction Project.

Rosen wrote that the Optical Garden is open for public use and complete with the exception of the energizing lighting.

She said BGE is responsible for completing the final wiring and power connections to all lighting along the reconstructed section of Charles Street and that the utility “has not provided any time line for completion/activation of the new lighting.”

“Construction along Charles has been completed as of June 2015; the City and its’ Engineers completed a Semi-Final Walk Thru Inspection in late July 2015 and the Contractor has the punch list for corrective wor,” she wrote.

“There was talk in Fall 2014 about a ‘grand opening’ of the garden to take place in Spring 2015 to be planned by Baltimore City but nothing took place,” Rosen wrote, referring The Brew to city DOT.

The other long-delayed DOT project in South Baltimore is a $4 million, six-acre park at Hanover and Cromwell streets, overlooking the Middle Branch of the Patapsco River.

It was planned by the National Aquarium as an educational and recreational area where visitors could learn about aquatic life and the environment. The city sold the land for the project at a reduced price, and DOT became a “co-developer” with the aquarium so the project would be eligible to receive federal and state funds.

The park was originally supposed to open in 2011. Then the opening date was pushed to 2014, then this summer. Although the landscaping appears to be complete, the area remains surrounded by a metal fence with signs reading “Private Property No Trespassing.”

After reading about the delays in The Brew, Carl Stokes, chairman of the City Council’s Recreation and Parks Committee, said he intended to hold a public hearing to find out why the park has not opened after so much public money was spent for it.

As of last Friday, there were no signs of work in progress at the site.

From outside the fenced area, it was possible to see a few areas where paving stones are missing, but otherwise it appeared to be finished.­­­­­­­ There were signs that some people have come through the fence, which is not locked.

Aquarium director John Racanelli said that only DOT has the authority to take down the fence and open the park to the public.

“We are eager to work with Baltimore DOT in every way possible to get West Covington Park open to the residents of Baltimore,” Racanelli he told The Brew last Friday. “It’s a beautiful new link to our city’s waterfront.”

Howard Libit, a spokesman for Mayor Stephanie Rawlings-Blake, did not respond to a question about whether the mayor’s office is taking any steps to expedite the process.

Rawlings-Blake is a member of the aquarium’s board of directors.