There are some dependable, high-volume applause-getting lines at these mayoral forums.

When Catherine Pugh comes out for psychological testing for prospective police officers, it gets a lot of nods and “umm hmm’s!”

And they always clap when David Warnock decries the waste and ghost employees at the school system’s North Avenue headquarters.

Last night, though, at a mayoral forum at Morgan State University the biggest reaction was for a new topic: Why should the city give $535 million to Under Armour for the Port Covington development?

The crowd went wild, cheering and clapping. The Tax Increment Financing (or TIF) package being requested for the proposed South Baltimore waterfront development is the biggest ever sought in Baltimore history. 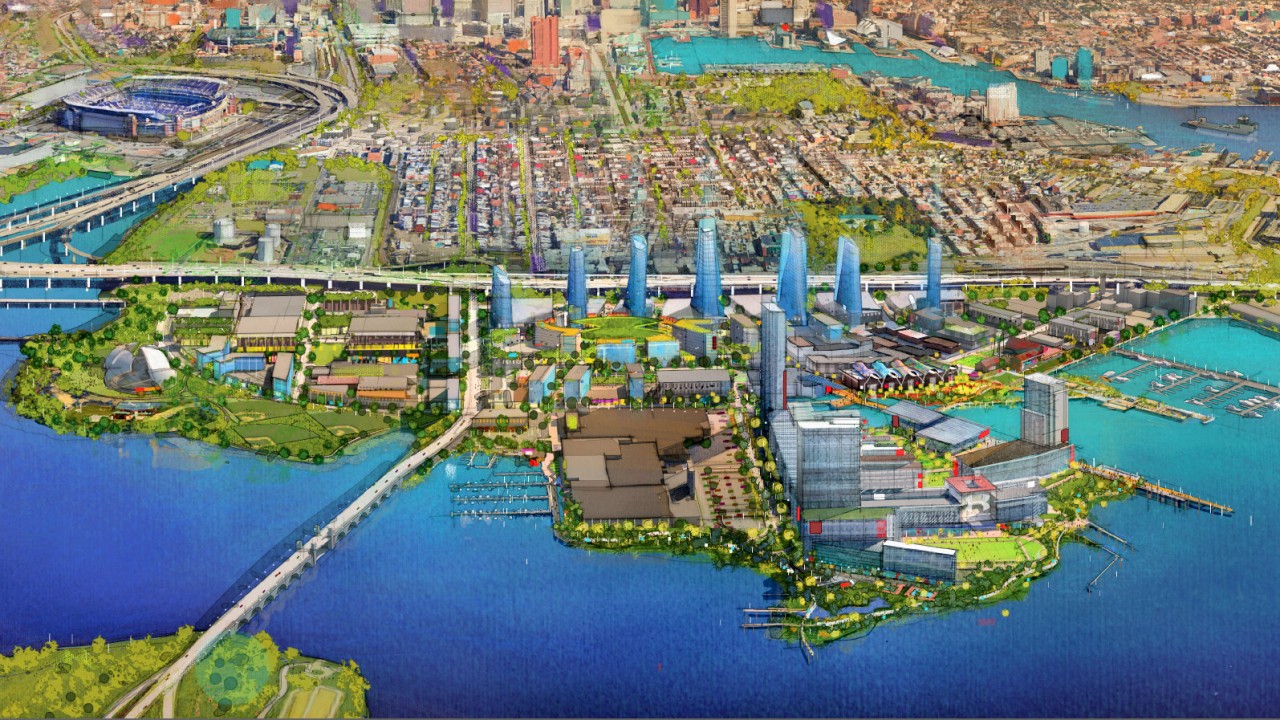 So where do the candidates stand on this story that broke this week, prompting a furious reaction in some quarters?

Though they thundered about equity, most didn’t oppose the idea of giving a TIF to Sagamore Development,  Under Armour CEO Kevin Plank’s development company.

They just vowed to be the best at negotiating the strongest concessions package that city residents could get in return.

“There’s a deal that can be had that can make everybody happy – maybe that’s something like $450 million or $400 million,” said candidate Patrick Gutierrez.

“We can’t just give away the store like we do to appease these developers,” he said. “If we take advantage of the leverage we do have, we’ll get a better deal for all of us.”

Calvin Young focused on jobs, saying as mayor he would insist on a hiring provisions in return for the TIF “and make sure 75% of the people who are working those construction jobs are people who live in the city.”

Pugh expanded on that thought, saying that, with 26,000 jobs projected at Port Covington, the city needs to make sure the work and other benefits go to the neediest nearby residents.

“Cherry Hill, where this project is going to be located is one of the highest unemployment areas in the city,” she said.

She talked about making sure employment training and labor agreements are in place: “It’s not just about rec centers. It’s about homes. It’s about jobs.”

Carl Stokes came next, starting by noting that he “was practically alone in all of city government,” when he “took a stand” against a TIF requested for the Harbor Point development.

Stokes said there are three criteria for awarding a TIF – that the project cleans up a blighted area, that there’s poverty, and that “but for” the taxpayer money, the project would not be built.

“This project,” he said, with a flourish, “meets none of those criteria!”

Then came Elizabeth Embry who said the question about the TIF is, “Is it worth it, does it create not just construction jobs but long-term jobs?”

“That’s a really hard question that requires having the best team in place that goes back and evaluates the proposals,” Embry said.

Also important, she said, is transparency “so everybody in the city understands exactly what is being asked, what the math is, exactly what the promises are.”

Warnock began by observing the historic size of the TIF and the fact that “they’re trying to push it through before the end of the year.”

From there he pivoted to familiar talking points:

“We need someone who can stand up for the city and truly negotiate on our behalf,” Warnock said.

Former mayor Sheila Dixon said the project should not be completed by incumbent Mayor Stephanie Rawlings-Blake, who is not seeking reelection.

“But the word on the street is that they’re pushing it, that this administration passes the TIF,” Dixon said.

Then she laid down her conditions. “If they go forth, if they don’t include Westport, Cherry Hill, Brooklyn, [the TIF award] should not happen,” she said.

Something else Dixon said she would want: For Under Armour to make some of its clothing or shoes in Baltimore.

“If they don’t have a plan to bring back manufacturers of the tennis shoes or the clothes. . . that are produced in China and the Phillppines . . . then [the TIF award] should not happen,” Dixon said.

When his turn came, Nick Mosby also stressed the idea of requiring the company to locate a manufacturing plant here.

“Baltimore is a working-class city without the work,” he said. “We have a unique opportunity right now – this is a game changer.”

DeRay Mckesson said it was not possible to make much comment because not enough details are known.

“What we know right now is that there are more questions than answers with this TIF,” he said.

“There are questions that need to be answered around infrastructure and other issues,” he said. “There is no way any of us can support this right now.”