Three things we should all agree on: Baltimore needs Under Armour in Port Covington. The requested $535 million tax increment financing (TIF) is real money. And such money should be used for things that foster balanced and diversified growth throughout Baltimore.

So the city should issue a “Phase One” TIF bond package to enable Under Armour to build a world-class campus at Port Covington and attract adjacent spin-off development.

A reasonable subsidy might be in the $50-$75 million range. (Who can exactly say when the financial details of the project are kept under wraps by the Baltimore Development Corp. and City Hall?)

Then proceed to reform Baltimore’s tax structure so that a “Phase Two” TIF for future development by Sagamore, the real estate arm of Under Armour’s CEO Kevin Plank, will never be necessary.

Such a strategy would result not only in better development but, more importantly, a better city that is not forced to play favorites among big developers in backroom deals.

Think of the TIF as overhead. Any enterprise that can minimize its overhead can reach a much more secure path to success. As the Under Armour campus comes to fruition, property around the South Baltimore peninsula – as well as Westport, Cherry Hill and Brooklyn – should appreciate, increasing equity and momentum for more development.

This is how economic growth is supposed to work. Not decades worth of subsidies committed to a single private project.

And real organic growth could work if this city ever got serious about lowering its onerous property tax rate. (Remember how the Horseshoe Casino was supposed to lower the tax rate – and how that hasn’t happened because the casino’s revenues are far below the numbers used by the city to sell the project?)

Here’s are six guidelines for getting beyond the hype to determine how to spend “our” money wisely and make this project more realistic and do-able:

1 – Finance one phase at a time

Practically every “game-changing” mega-project hatched by this city – from State Center to the Howard Street Superblock to the Red Line and the Grand Prix – has been packaged as all-or-nothing, and we usually end up with nothing. So the first question we should ask is: What is the minimum investment that will create a firm foundation for the district’s long-term direction?

This means focusing on a small portion of the vast Port Covington property and making it a prototype for the rest. Under Armour’s corporate “anchor” is the project’s main selling point, so we should concentrate on that.

In doing so, we should consider how fortunate it was that CSX didn’t build its truck terminal when they owned Port Covington. Or that the Baltimore Sun didn’t build its office park there in the 1980s. Or that WalMart did not build their full shopping center in the 1990s. Iron-clad inflexible long-term commitments should be minimized. 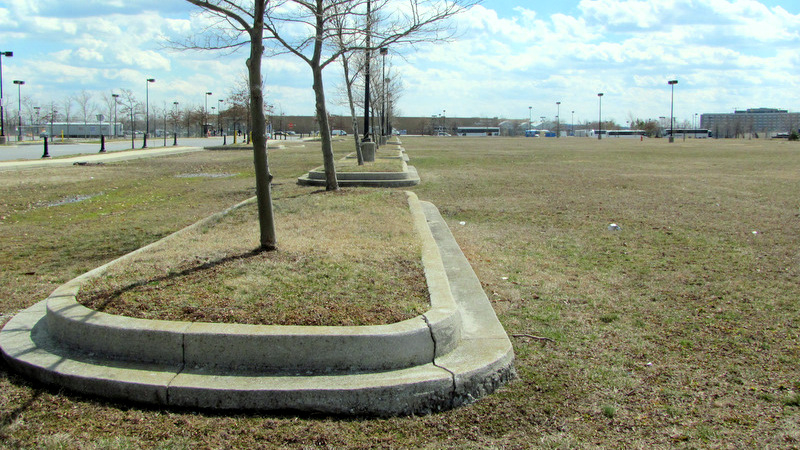 2 – Strive for land use diversity

Keep the land uses mixed. Diversity is strength and would stem from phasing. If only a portion of Port Covington is developed initially, it will still promote a wide variety of uses at nearby locations.

On the other hand, if all the speculative office space, retail and housing are pigeon-holed into their own designated areas, it will dilute Port Covington’s strength and vitality, and increase the costs above that of developing a single area. The massive high-rise buildings proposed next to the Interstate 95, for example, may eventually become viable, but not until the overall site acquires value.

This seems like simple common sense, but it seems to get lost in the hype-driven mega-mentality. The city has already spent millions building roads, parklands and other infrastructure for previous Port Covington disappointments (the closed-down Sam’s Club, the underutilized Sun printing plant, and the failed $110 million Center for Aquatic Life and Conservation).

There are many good things about the area, such as the recently opened West Covington Park next to the Hanover Street Bridge. This nature preserve was built at a cost of $10 million as part of the National Aquarium’s doomed aquatic life center. Sagamore apparently wants to turn at least part of the park into an athletic field.

4 – Keep as much of the traffic capacity as possible

The current plan is to demolish and relocate Interstate 95 ramps and lower Hanover Street to “ground level.” This is more foolishness.

Port Covington is already served by good ramps to I-95. Let’s figure out how to use them. And Hanover Street already has overpasses to enable more localized streets to go underneath it. A good design can make this feature attractive and functional, while lowering Hanover Street would only create more traffic and pedestrian conflicts.

5 – Get serious about transit

Baltimore’s track record with transit-oriented development is abysmal. So far, the Port Covington plan looks just as bad. Since the plan basically creates a whole new downtown, it absolutely must be built on effective transit.

The plan’s proposed light-rail spur looks like an afterthought. Hugging the north edge of the site in the shadow of I-95, the alignment maximizes its distance to most of the development. It also makes it very difficult (and probably costly) to go under Hanover Street and to turn the corner north of Westport to join the existing light-rail mainline to downtown.

There’s already a rail right-of-way left over from the old Western Maryland freight yard, ready to be used at the optimum location. This line can be turned southward near the existing Sun printing plant to serve as a central spine for the entire development. The railroad bridge across the Middle Branch is situated to accommodate a new station along the existing light-rail mainline to serve travelers from Port Covington going both to BWI-Marshall Airport and downtown. 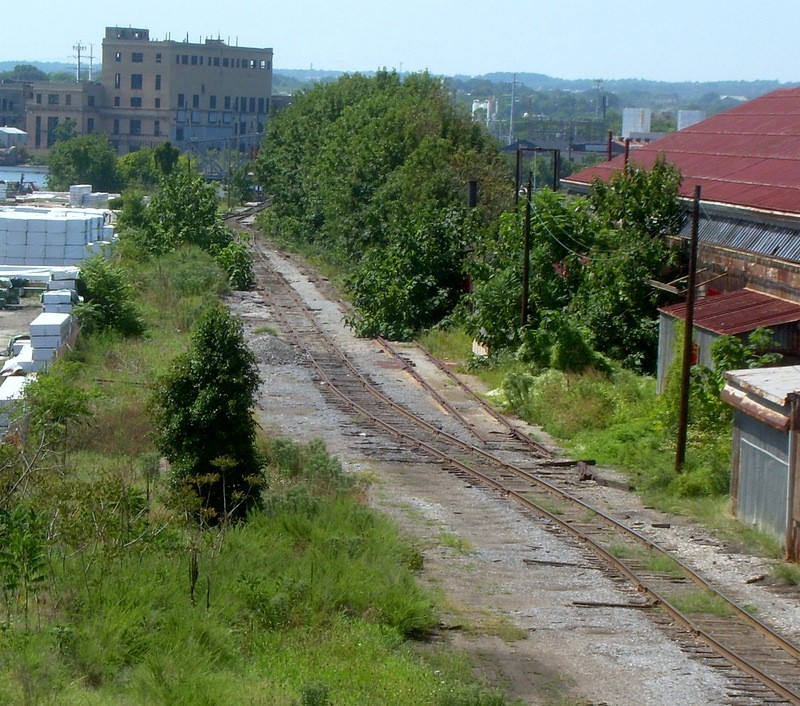 Recent Baltimore developers like Kevin Plank, his brother Scott Plank, and Harbor Point builder Michael Beatty have been most attracted to peninsulas that cling to the waterfront where the onslaughts of the city can be best controlled. But Port Covington can actually be much more than that.

Specifically, the Port Covington light-rail spur could make the transit line live up to its quarter century of unrealized potential. Ironically, while the downfall of downtown Baltimore as a regional center has been spurred by peripheral projects like Harbor East and now Port Covington, the seeds have also been planted for the revival of the Howard Street corridor as the centerpiece of the entire regional transit system.

The light-rail line is already efficient between Westport and Camden Station. Plank can no doubt use his clout to get the city and the Maryland Transit Administration to fix the signal timing north of that point along Howard Street, where mere mortals have failed for decades.

Port Covington to Penn Station light-rail trains would be an ideal way to integrate UA’s corporate headquarters into the larger city. Looking further beyond, the proposed MagLev high-speed rail line would probably have its downtown station in this corridor, perhaps being located in the old tunnel under Howard Street when CSX freight trains are finally moved out as perennially promised.

All this makes it imperative to think of Port Covington’s development as part of an ongoing process rather than the latest “be-all and end-all” that tries to outshine Harbor Point, Inner Harbor 2.0, the proposed mega-convention hotel arena, and all the other “once-in-a-generation” proposals with which the city has been bombarded.

The Tax Increment Financing package needs to be cut down to a sane, cost-effective, do-able, finite “Phase One” without project-creep and Santa Claus slush funds.

At the same time, we should set our sights and ambitions beyond, to a Baltimore with a fair and efficient tax structure that transcends these mega-project financial deals and encourages balanced private and public development encompassing the entire city.
_____________________

Gerald Neily is a former planner at the Baltimore Department of Planning. He did the original transportation plan for Port Covington in the 1980s when the city made its its first development deal with CSX and the Baltimore Sun.