Observers who believed that talk about race in Baltimore would get raw after yesterday’s acquittal of a police officer in the Freddie Gray case could have found what they sought not on city streets but in an eighth-floor hearing room downtown.

There at a hearing on the Port Covington Master Plan, a prominent ACLU lawyer, a university professor and others called out the proposed project in the harshest of terms – as “another white, affluent enclave” that is being openly targeted for the upscale “creative class.”

But the people who seemed the most stung by the accusations weren’t the executives from Sagamore Development Company seated in the front row.

It was the black supporters of the waterfront proposal – some sitting in the audience, others sitting as members of the Planning Commission – who fired back with the most heat.

“This is a plan and opportunity for the South Baltimore area, one that rarely has happened. We’ve held your dump. We have the majority of the concentration of your public housing. We’ve had your incinerator,” said Cherry Hill’s Michael Middleton, leader of a coalition of South Baltimore neighborhoods negotiating with Sagamore over what benefits the company might provide them.

“You haven’t sat down with us once, Barbara!” Middleton shouted at the ACLU’s Barbara Samuels, who was calling for the city to reconsider its plan to give the project $660 million in city-backed Tax Increment (TIF) bonds. 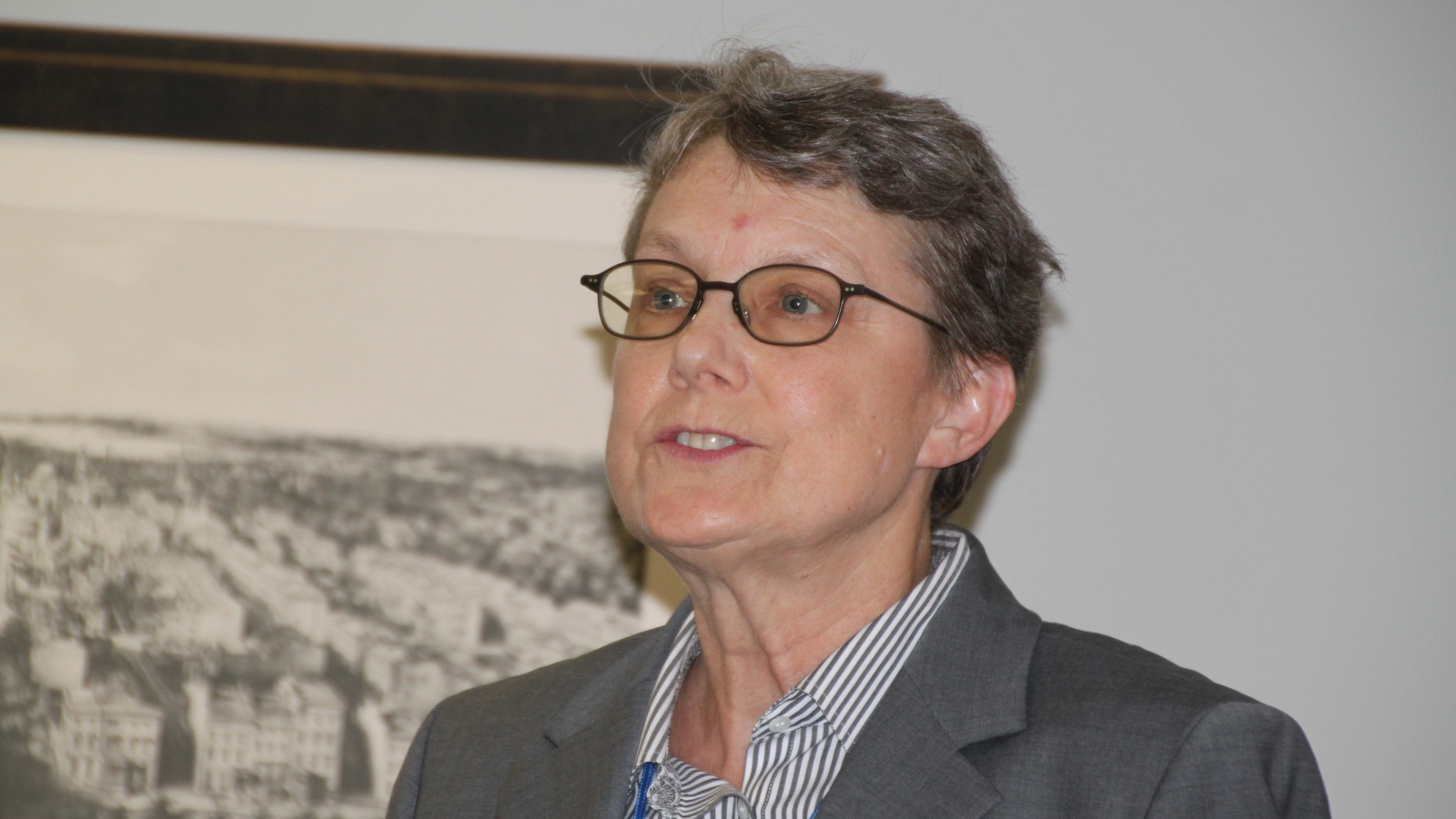 And it wasn’t just the comments from Samuels that seemed to anger Middleton.

At the packed, hours-long meeting that preceded the commission’s not-unexpected approval of the project, some of the harshest remarks came from a fellow Cherry Hill resident, Vivian Singletary.

One of the 30-40 people transported downtown by the Sagamore team in three vans – and given lunch at a nearby Au Bon Pain – the 55-year-old had been holding a pro-Port Covington sign as she sat among the people wearing yellow Port Covington tee shirts. 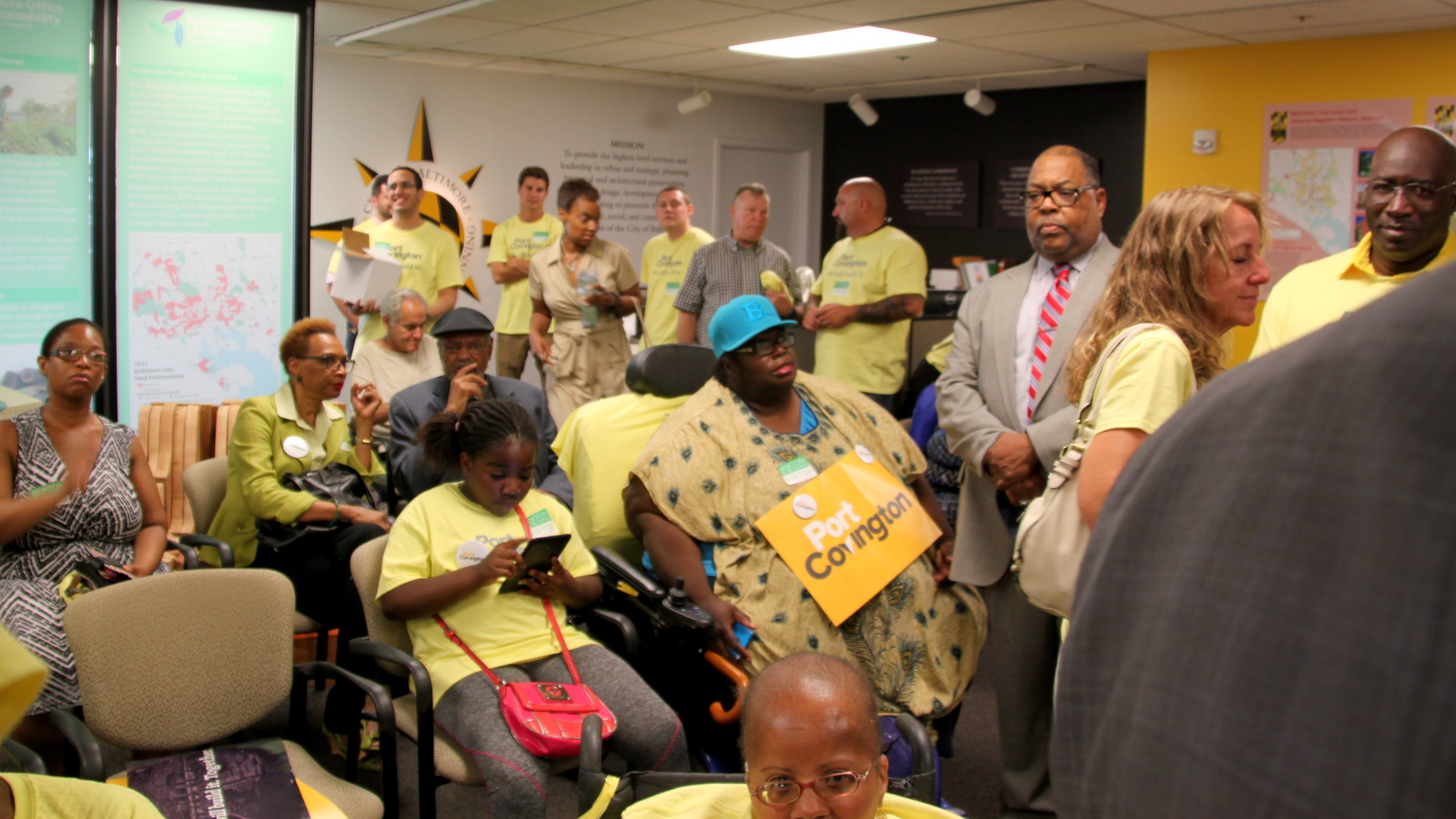 Vivian Singletary (with blue cap) was transported to the hearing to support the Port Covington plan, but she wound up attacking it. (Fern Shen)

She said she was dismayed to learn that the developers are marketing Port Covington to people with incomes of about $100,000.

“There’s no one I know that makes that kind of money. So that automatically means the people in my community are going to be left out,” Singletary, treasurer of the Cherry Hill Homes Tenant Council, told the commission.

Singletary, who told The Brew earlier she had come to the hearing because she was both hopeful and skeptical about the project, declared to the audience, “Yes, I held that sign,” but went on to call for more affordable and moderate income housing.

Chastising her, Middleton called her “uninformed.”

Another project opponent, Anthony Williams, made reference to the tension in his remarks at the microphone.

“See, this is what they do to our community. Divide us,” he said.

It was a theme that ran through the hearing, the second held by the Planning Commission on the plan for the massive 260-acre project that promises to create a city-within-the-city along the Middle Branch of the Patapsco River.

The audience, so big that the city fire marshal had to move people into a lobby overflow area, included strong supporters, among them a representative of a workforce development organization for veterans and the chairman of the Greater Baltimore Black Chamber of Commerce.

“This project has the potential to be transformative for the city,” said Elizabeth Mount, executive director of the Downtown Baltimore Family Alliance.

The jobs created at a future Port Covington would serve a critical need, she said, in “a city with a dearth of stable employment which can really cause problems for families.”

But it was the project’s critics who drew the most attention from the commissioners yesterday.

“Which part of the plan is a civil rights violation?” Commissioner Victor L. Bonaparte asked, pressing Samuels on her testimony.

Samuels said the TIF application’s description of a high-income “creative class” is code for a majority white demographic that ignores the Title VI requirement of the 1964 Civil Rights Act.

“You’re saying black affluent people couldn’t be there?” Bonaparte demanded at another point of the hearing.

Commissioner Cheo D. Hurley objected to the idea that perceived flaws in the Master Plan meant that approval should be withheld.

“This is like Step 1 of a process that’s probably 30 steps, right?” he said. “So how do you think us making a decision today will impact anybody having more to say about what happens? I don’t understand. . . It’s just a master plan.” 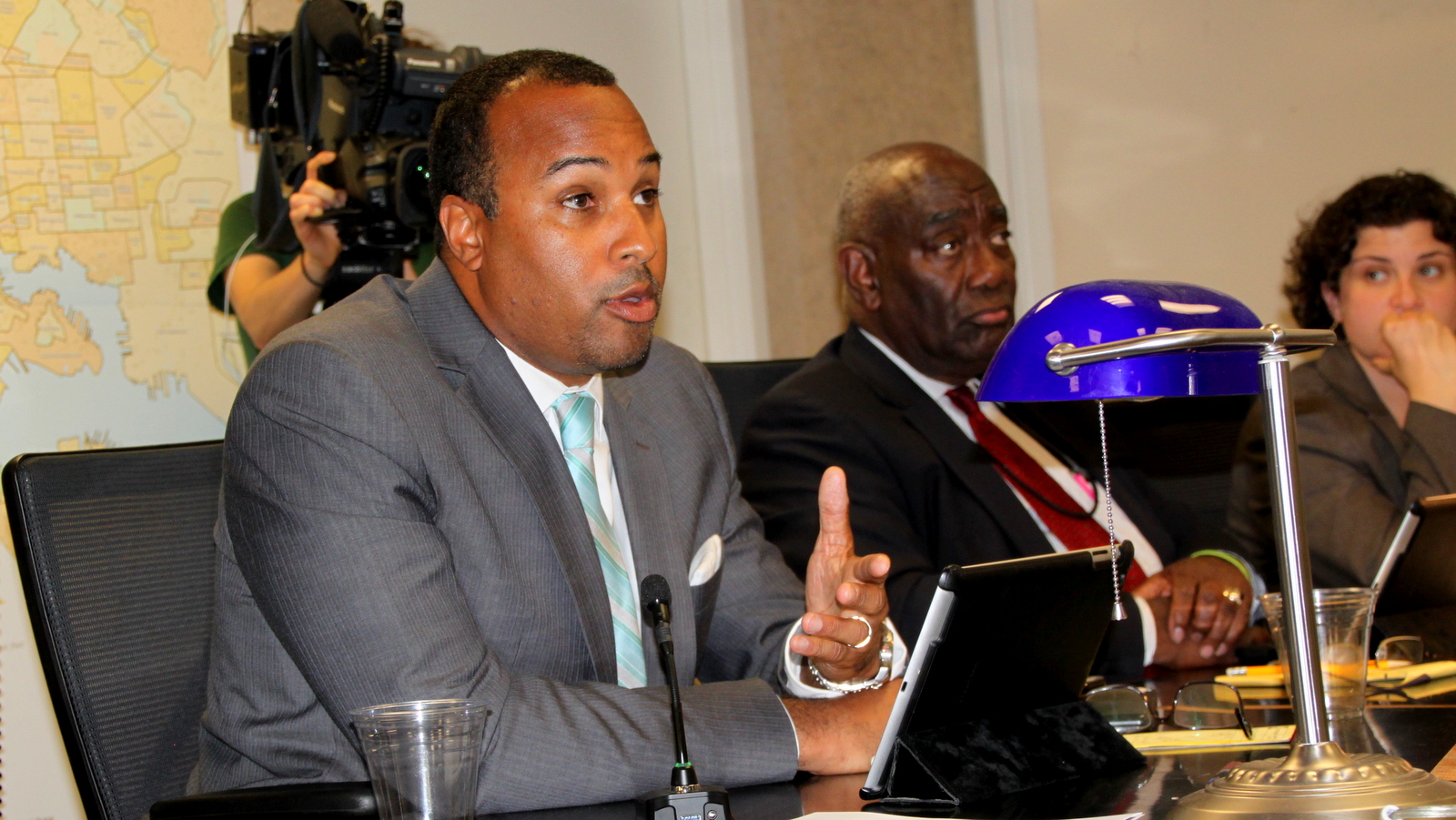 At another point, Hurley, who recently became the executive director of Park Heights Renaissance, exploded.

“I wish I had all these people come up to make these arguments in that community which is 99%, 100% black,” he said.

“But because whoever’s not coming to develop there, nobody gives a crap. It upsets me, quite honestly.”

Another speaker arguing that the project would worsen the city’s racial disparities was Morgan State University Professor Lawrence Brown, who said the bodies approving the project are ignoring federal law requiring a fair housing review.

“Will we intensify racial segregation that characterizes Baltimore right now?” Brown said. “Or will we follow the 1968 Fair Housing Act that was passed just seven days after the assassination of Dr. Martin Luther King?” 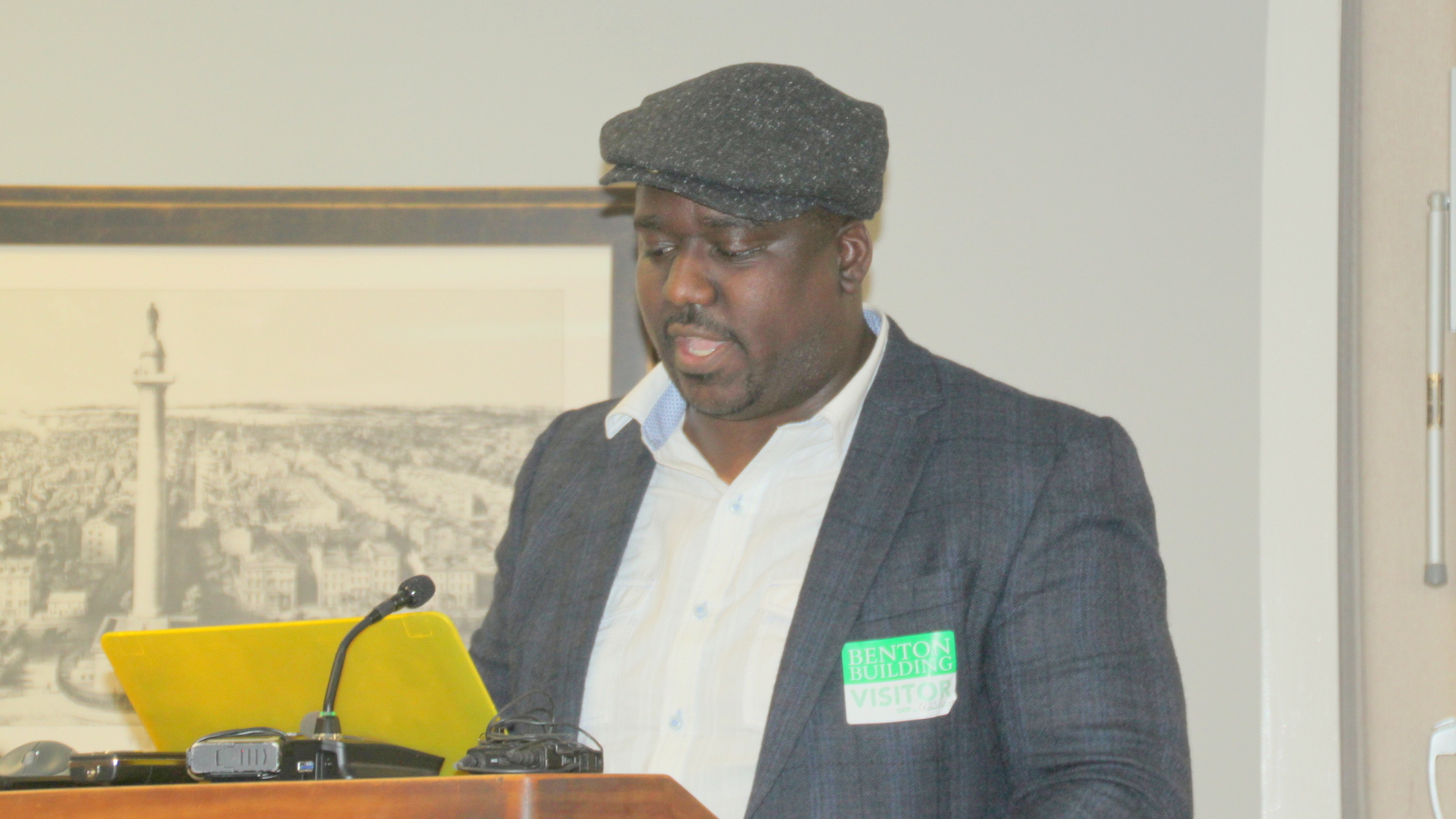 Sagamore Development President Marc Weller was in the audience, but when it came time for a response that duty was handed over to Sagamore’s attorney, Jon Laria.

“We are really on the same page,” Laria said. “A lot of the questions are being raised prematurely and could be addressed as we get further along.”

“We are firmly committed to a mixed income community,” Laria said. “Please don’t pull some numbers out of a spreadsheet from the TIF” application that were “taken out of context.”

Laria said the designers are doing their best to “get rid of the horrible isolation” of the site on a peninsula of land, and said its large size means that Sagamore has “a double duty” to serve both the surrounding communities and the city as a whole.

But he also complained that critics’ demands for lower-cost housing are not reasonable.

“It is incredibly expensive to build high-quality affordable housing,” he said.

“You can’t just push the entire cost of this much affordable housing onto a private developer no matter how big it is or how many zeroes there are, because it still has to work economically and that is a responsibility that is shared by both the developer and the city.” 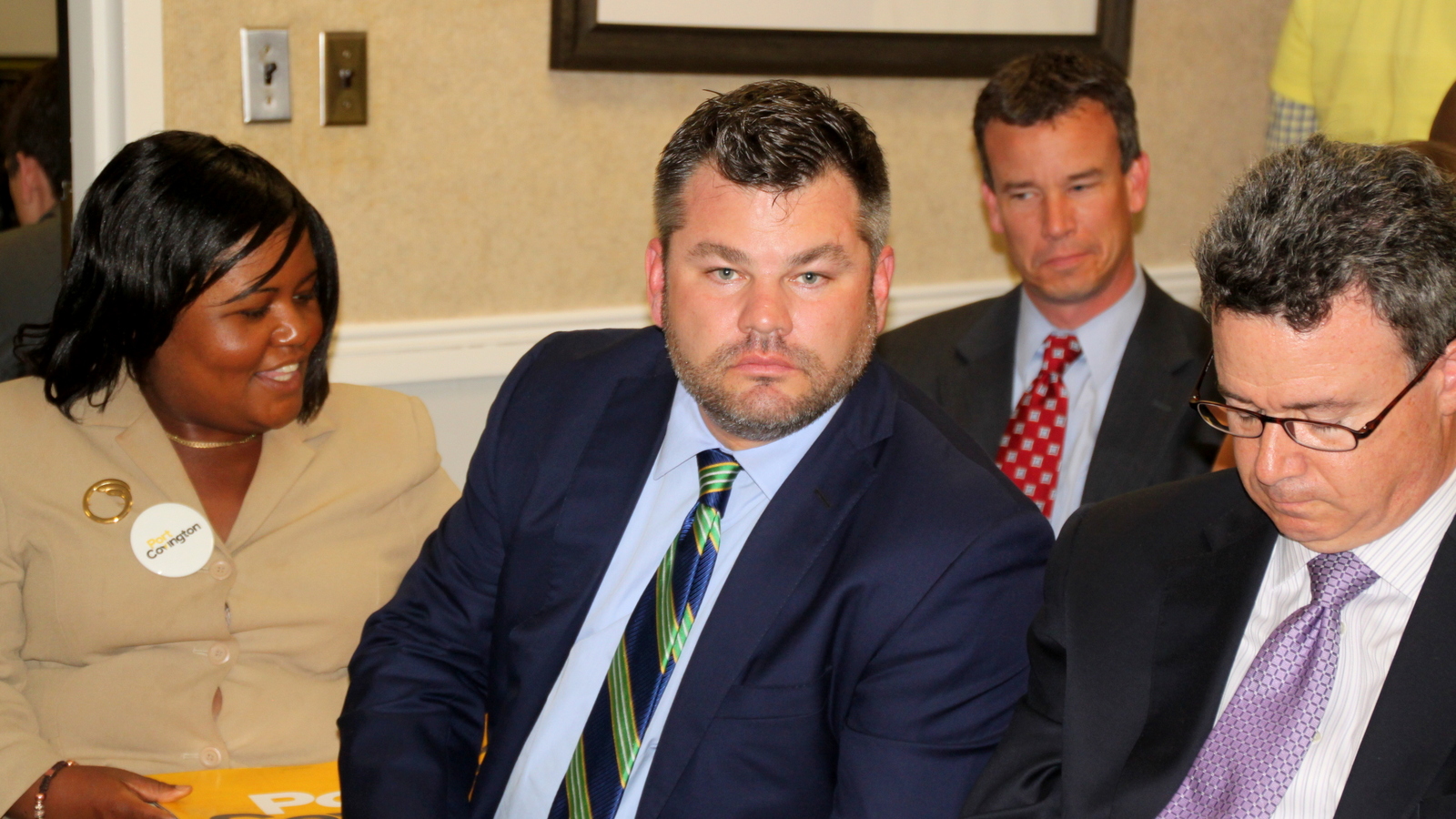