A year ago, Port Covington was a place that most Baltimoreans had never heard of.

Then suddenly, over the last four months, this notion of an upscale waterfront community there became the focus of intense city and state attention.

One after another public body – the Baltimore Development Corporation, Maryland Transportation Authority, Urban Design and Architecture Review Panel, Baltimore Planning Commission – fell in line behind a plan by Under Armour CEO Kevin Plank to convert Port Covington into a $5 billion mini-Dubai on the banks of Middle Branch.

Strange-bedfellow alliances were formed between city and state in the name of wooing Plank. Most striking was the joining together of Republican Governor Larry Hogan and Democratic Mayor Stephanie Rawlings-Blake in support of $1.23 billion of state, city and federal aid to build the infrastructure requested by the apparel mogul for his dream city.

Key to the pyramid of public subsidies undergirding the plan was a grant program, called FASTLANE, administered by the U.S. Department of Transportation. 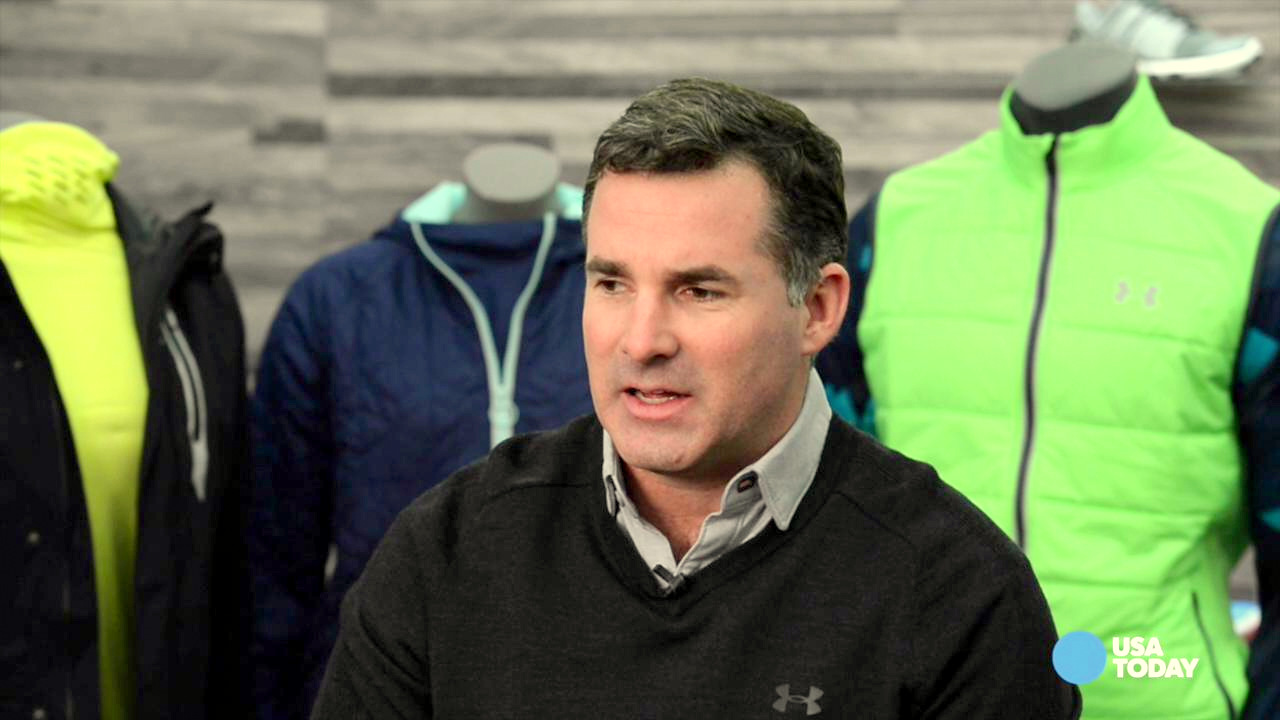 Kevin A. Plank surrounded by Under Armour apparel. (USA Today)

On behalf of Sagamore Development, Plank’s private real estate company, the Maryland Department of Transportation last April asked the feds for $76 million to reconstruct and expand the ramps of I-95 at Port Covington to serve the proposed new community.

There was just one problem.

The application did not address the core mission of FASTLANE. Instead of documenting ways that federal dollars would expedite freight transportation, the application blithely described how the ramp changes would serve cars, commuters and Under Armour visitors coming to and from Port Covington.

Yesterday the grant was rejected by DOT, along with a more viable plan by the state to enlarge CSX’s Howard Street rail tunnel to allow “double-stack” freight trains to serve the Port of Baltimore.

“How Could Anyone Not Want Us to Grow?”

Under Armour founder and CEO Kevin Plank has stayed out of the limelight since his development company unveiled plans for Port Covington a few months ago. But last year he talked to reporters about the origins of his vision:

He said he decided to go into real estate after being rebuffed by the Baltimore Museum of Industry in 2012 when he proposed an expansion of UA’s headquarters at Locust Point.

“I’m sitting there and I’m thinking to myself this is awful. . . They’re stifling our growth,” he told The Baltimore Sun. “How could anyone not want us to grow?”

The rejection came while he was in Dubai, a city that has experienced a massive building boom in the last decade.

According to a Hogan spokesman, the White House has twice thumbed its nose at Baltimore by rejecting the FASTLANE application and the governor’s request last year for emergency federal aid to clean up the riot spawned by the police-custody death of Freddie Gray.

Last night a press release from Baltimore’s senior congressman, Elijah E. Cummings, dissed Hogan, suggesting that his veto of the Red Line last year was at the root of the FASTLANE rejection.

Meanwhile, the Rawlings-Blake administration is making the case that DOT’s rejection of funds makes it even more essential that the City Council pass legislation committing the city to underwriting $660 million in tax increment (TIF) bonds for Port Covington.

Another way to view Washington’s rejection of public aid aimed at a single billionaire and a company whose athletic wear is made almost exclusively overseas:

As a wake-up call to Maryland residents.

Unstated in the dueling press releases is the fact that the FASTLANE plan came with a stiff price tag for taxpayers.

The Hogan administration had pledged $32,996,500 in state funds to match the federal grant, while Baltimore City proposed  $43,122,000 worth of TIF bonds for the highway project.

And this was just the beginning.

The application was just for “Phase 1” transportation improvements. Coming in the future are Plank’s demands for “Phase 2” public improvements that would total $548,482,000, according to the March 31 minutes of the Maryland Transportation Authority Board.

• A spur of the Howard Street light-rail line to serve Port Covington ($165 million). Remarkably, the proposed line would not be part of a larger transit line serving South Baltimore, Riverside or Locust Point, even though the city is prepared to spend tens of millions to rebuild McComas Street and Key Highway.

• A northbound highway ramp between I-395 and McComas Street ($81 million).

• An long eastbound ramp from the Baltimore-Washington Parkway to Port Covington over the Middle Branch ($94 million).

• Reconstruction of a former rail bridge over the Middle Branch to serve as a pedestrian walkway ($15 million).

Amid all of these costs is a remarkable fact – Plank and his privately-owned company would fork out a pittance.

The FASTLANE application reveals that Sagamore Development was prepared to spend just $5 million of its own money to fund a NEPA (National Environmental Policy Act) assessment of his 260-acre Port Covington site.

That amounts to less than 4% of what Plank wanted from the public purse. After a streak of home field wins by the sportswear superstar, the feds grabbed the ball yesterday and said, “no.”

* Here are the 18 FASTLANE projects approved by DOT.