When the City Council approved a $17 million tax increment (TIF) subsidy for a technology company at the University of Maryland’s BioPark last February, the company pledged to return 22% of the subsidy to the community over a period of years.

“This is going to set the standard and the bar for TIFs to come,” declared  City Council President Bernard C. “Jack” Young, adding that “if developers are asking for a lot of TIF money, they’re going to give us a lot for our communities.”

The pact could bring in as much as $39.6 million over the next 30 years, which would average out to $220,000 per year each for Brooklyn, Cherry Hill, Curtis Bay, Lakeland, Mt. Winans and Westport, which are known in the agreement as the “B6.”

But more likely, there will be much less for them to share in the benefits pot.

Little Skin in the Game

A simple reason for this outcome:

Plank puts little of his own money in the agreement. Instead, the deal relies on an array of fees and fundraising sources to “establish a renewable and sustainable funding stream” for Sagamore’s six community “partners.”

The MOU says that Sagamore will commit $10 million in “baseline funding” over the first five years of the agreement. That’s less than 2% of the $535 million TIF subsidy that the company is seeking from the city.

The company also agreed to two “additional baseline commitments” – $150,000 to help fund a mobile health clinic and $500,000 for a college-bound scholarship program.

Compare these modest contributions to the scores of items – ranging from a new library and grocery store to funding for youth development and an affordable housing trust – contained in the SB6’s “wish list” contained in Attachment A.

Five years out and the picture gets even cloudier.

For years 6 through 10, the company says it is “commit[ted] to working collaboratively to achieve a joint goal of raising $10,000,000.” There is no other information on how this goal will be achieved. And there is no penalty if Sagamore fails to achieve goal, which is “jointly” shared by the six communities.

Regarding the rest of the promised money (presumably for years 11-30) – it will come from fees imposed on future buyers of Port Covington property.

Sagamore says it will impose a 10% surcharge on the city’s transfer tax on parcels it sells to developers and an annual $0.25-per-square-foot fee (subject to change) on commercial property it leases.

The lengthy build-out of the project could make this funding source problematic.

The MOU says that little income would be generated from the square-foot fee until the completion of Phase 1 around 2021, then a modest amount (“potentially exceeding” $400,000 a year) is expected until about 2029, when $1 million or more a year is projected.

The agreement projects that a total of $19 million would be raised by the surcharges in years 10 to 30, or a little less than $1 million a year.

Overall, the six communities altogether will share $39,650,000 between now and 2046 under the most liberal assumptions – or 7.4% of the $535 million in net TIF proceeds sought by Sagamore. 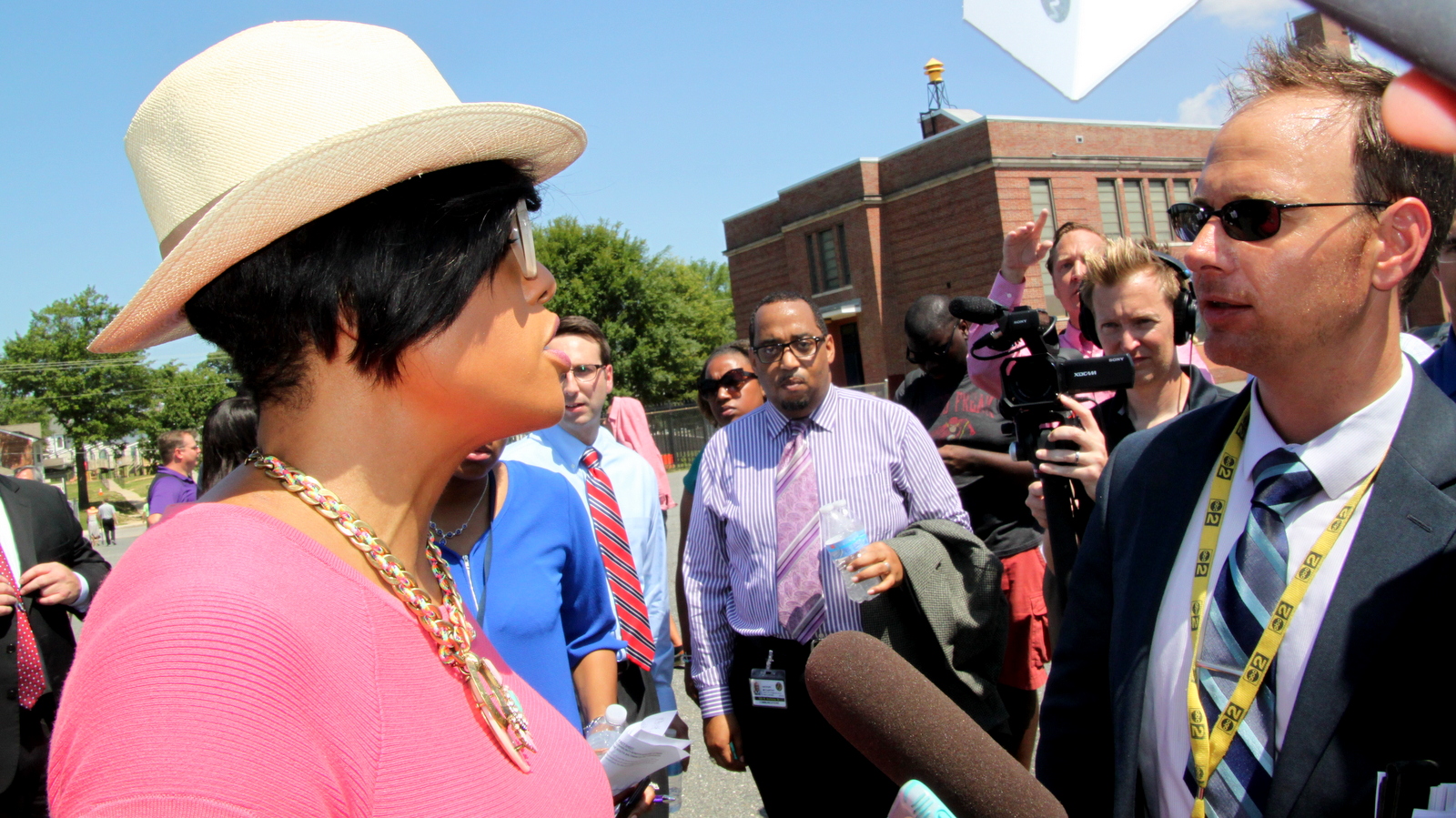 “We’ve Been Ignored for so Long”

With online observers doing similar morning-after math on the deal, participants in the SB6 negotiation process are smarting.

Speaking with The Brew earlier, Allen called the agreement “a good thing, a great start – it’s going to a wide range of things to make our communities more sustainable.”

Asked if it could have been better, she answered this way.

“What’s going to happen to Port Covington is going to happen. We don’t have a lot of control,” she said. “We just have to make sure that something happens to benefit us.”

Allen, who participated in the once- and even twice-a-week SB6 meetings over the last two months, said critics need to consider the sense of neglect these primarily African-American communities feel, isolated from the rest of the city by the Middle Branch.

“We’ve been ignored for so long. Our neighborhoods are dying, we’ve been just trying to trying to keep them from dying and now this?” she said. “We all were in agreement we had to try for this, that it could be a good thing.”

This was his response to observers who calculated (as The Brew has) that the Port Covington SB6 benefits are just a fraction of those negotiated for the Biopark:

“Ultimately, the value is less in the total dollars and more in the ongoing partnership with technical assistance, advocacy, and support for community driven projects,” Ferguson wrote today on Facebook.

“This wasn’t Sagamore saying we’ll do x, y, z; it was communities saying we need your partnership for next 30 years to accomplish major community development and people investment objectives,” he wrote. “Of course the money matters, but the coordinating partnership is as important.”

“Another Bite of the Apple”

A question now is how much the City Council will push to increase Sagamore’s giveback, via a city-wide community benefits agreement, as it begins deliberations on the company’s unprecedented TIF request.

Today Young’s spokesman indicated that its role would be significant.

“The Council president is happy that the community led that effort, but the City Council will have another bite at the apple as well. Yesterday’s figure is not the beginning or the end. It’s a piece,” spokesman Lester Davis said in an interview with The Brew.

Unlike the annual budget process where it has no authority to increase spending, the Council has broad say over the terms imposed on TIF funding, which uses the future property taxes from a redevelopment project to underwrite its infrastructure costs.

That’s what Young and Councilman Carl Stokes, chairman of the Taxation, Finance and Economic Development Committee, did earlier this year – convert essentially a giveaway by the Rawlings-Blake administration to Wexford Science & Technology into a decent paycheck to the Southwest community.

Under the terms of that deal, Wexford and the University of Maryland made a number of promises in return for $17.5 million of TIF bonds to finance the construction costs of a new BioPark building. They pledged to contribute $4 million to a fund that would address parking issues, the development of Hollins Market and job creation.

Stokes declared in February that the roughly 25% payback on the TIF approval is a reasonable guide expected on projects such as Plank’s Port Covington.  During his campaign for mayor in the Democratic Party primary, Stokes also expressed skepticism over the amount of Sagamore’s request.

The public hearings that Stokes has scheduled to start on July 27 before his committee will likely set the stage on how far the Council might go in placing more conditions on Sagamore.

– FERN SHEN contributed to this article. 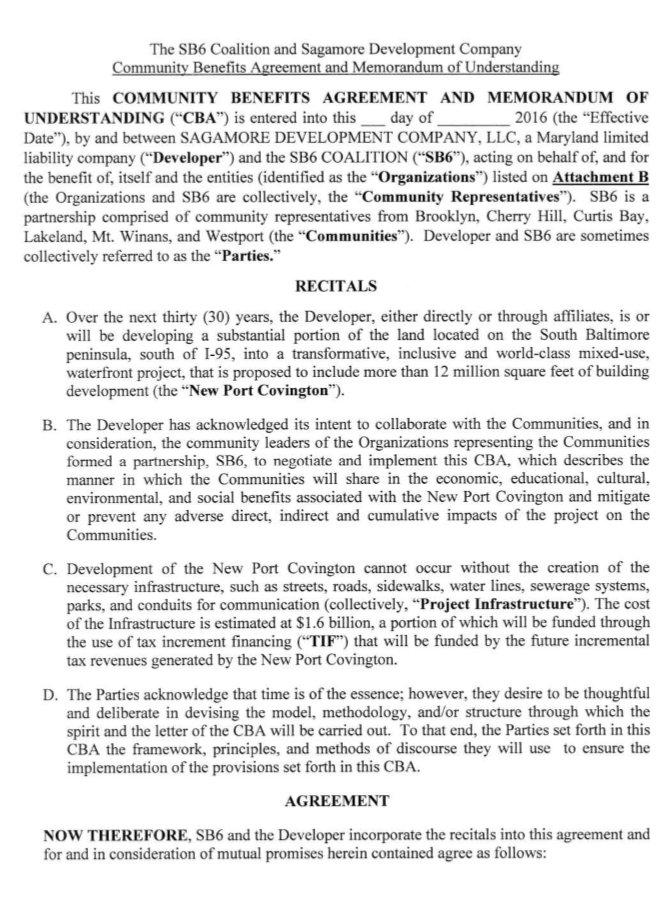 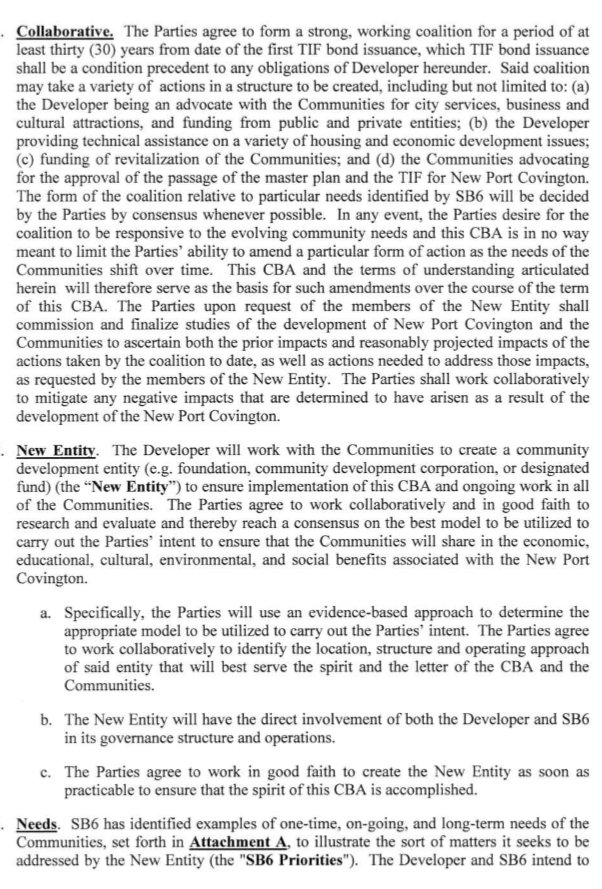 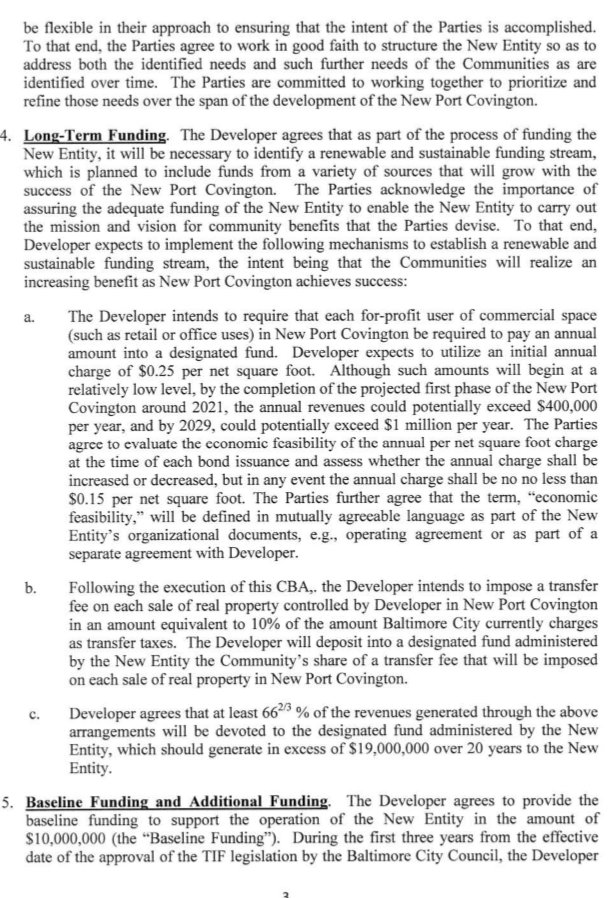 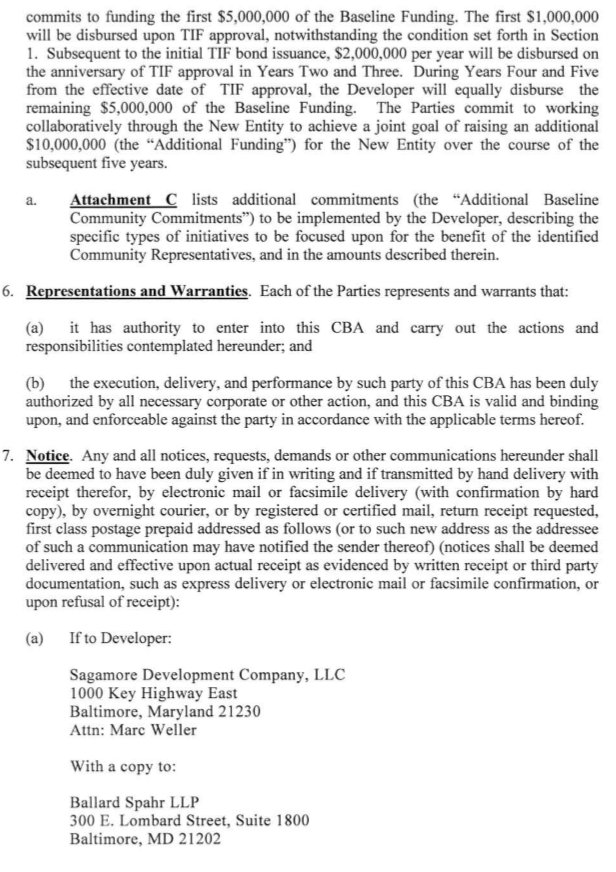 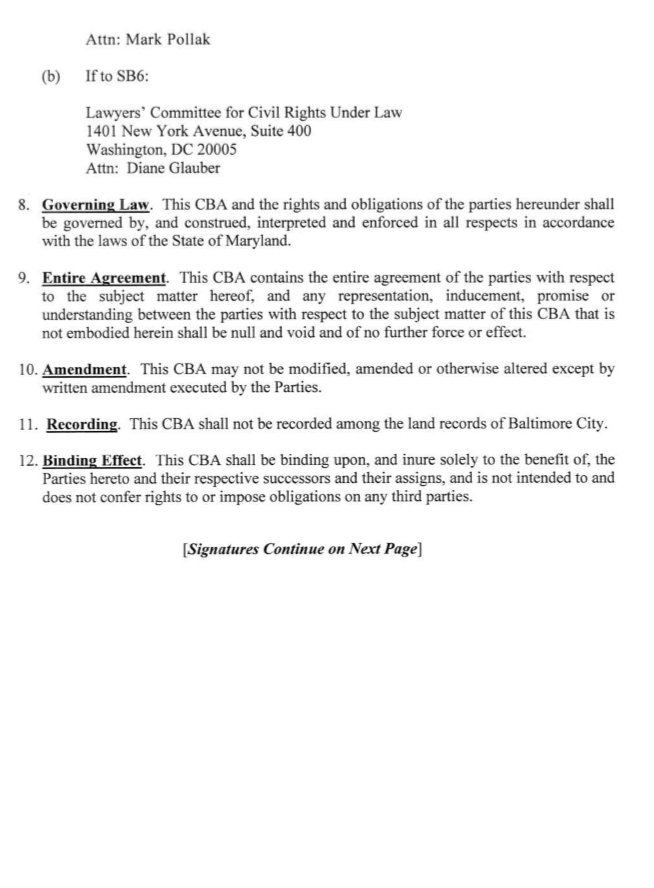 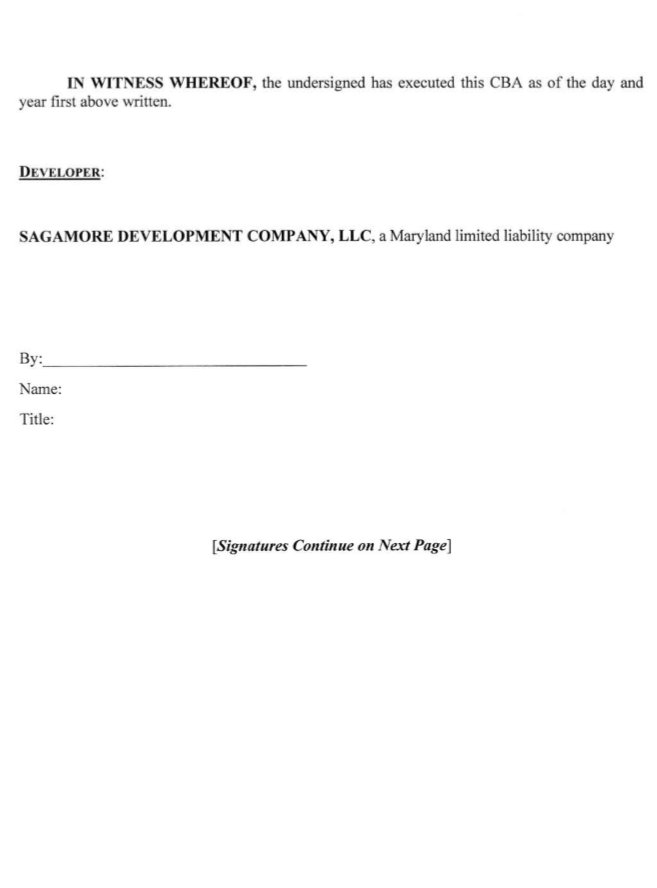 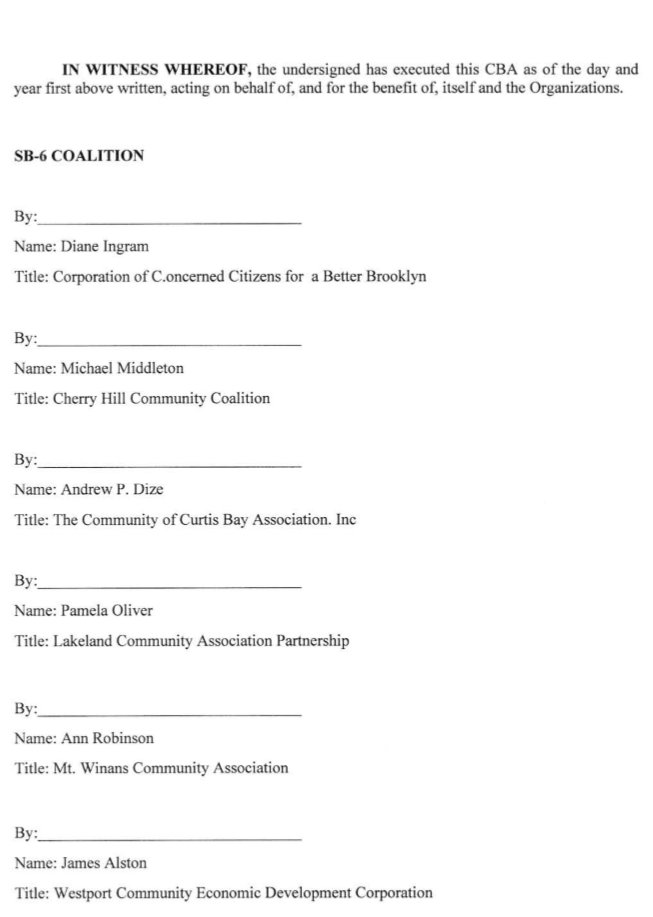 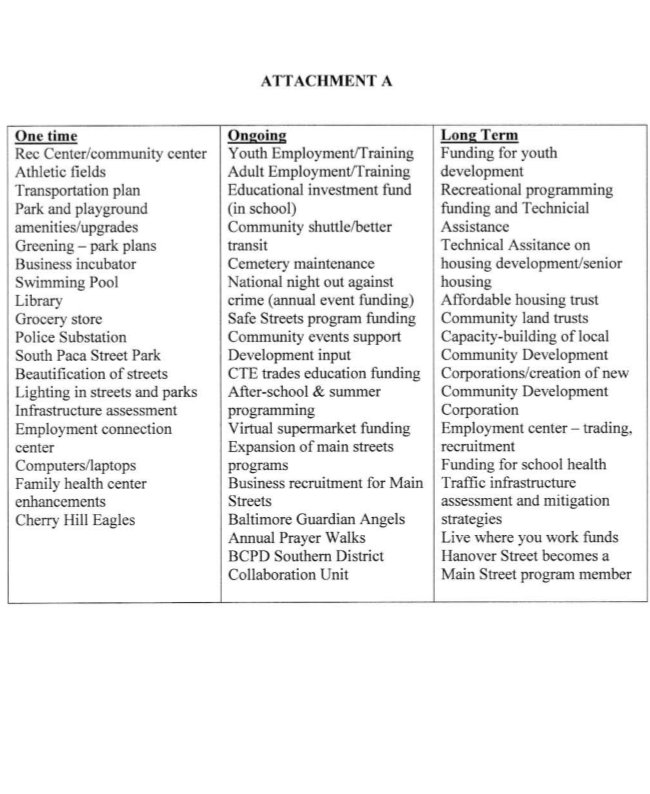 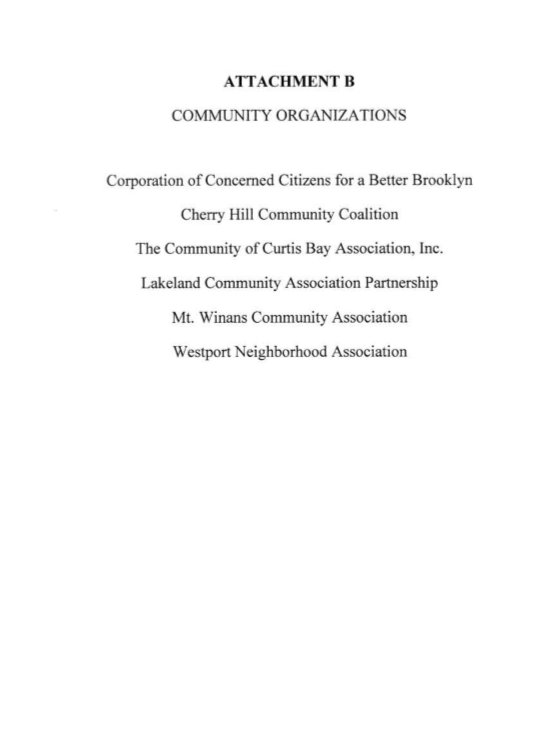 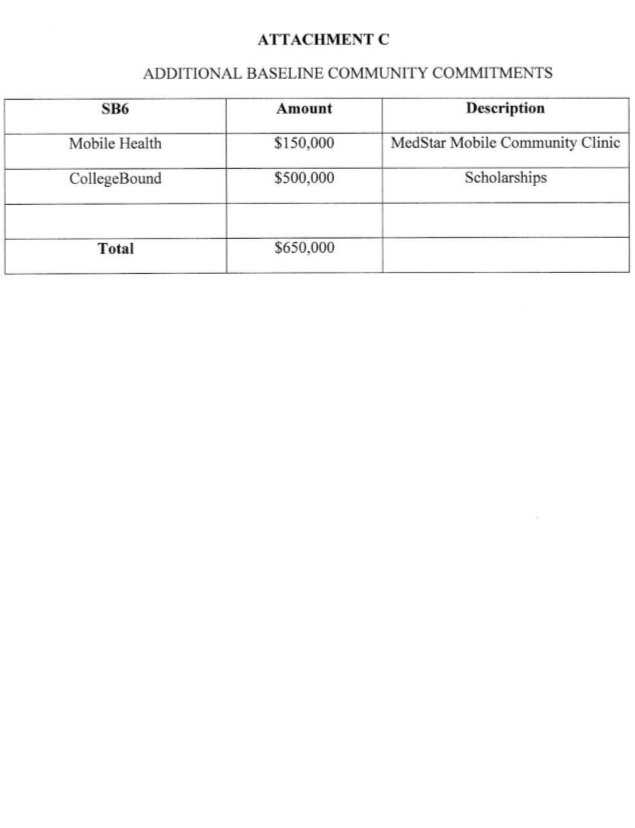