Your recent comments linking methadone clinics to the alarming murder rate in Baltimore were baseless, stigmatizing and irresponsible.

We urge you to think more deeply about this subject. Our perspective may help.

I represent a coalition of community-based organizations and individuals – including Baltimore Harm Reduction Coalition, Bmore POWER, Communities United and Nurses for Justice-Baltimore. We are community organizers, health professionals, and peers who advocate for harm reduction approaches to drug policy.

Speaking to reporters last week, as the Brew noted, you addressed the rise in killings in the city and attributed it, in part, to methadone clinics.

“The other issue for me is how many drug treatment centers are here in Baltimore city. We have more than the entire state,” you said. You said that you asked the police commissioner for data and were told that “233 shootings and murders have occurred around methadone clinics.”

(Your spokesman later walked this back, noting “the number reflects non-fatal shootings occurring within a half-mile of methadone clinics from January 1, 2017 until the present.”)

Hearing such a statement from our city’s top official was demoralizing and alarming. I asked people in our network for their response.

Baltimore resident Ricky Morris has been a methadone patient for six years and currently works as a peer advocate.

“If it wasn’t for methadone clinics, there would be a whole lot more overdoses and crime,” he said. “Personally, it helped me to coordinate my life in a positive direction.”

Morris has been working to reduce stigma about methadone and addiction in communities, and with nurses and doctors.

“With methadone, we are in a position to save lives, especially with that dangerous fentanyl out there,” he said.

In Maryland, deaths involving fentanyl, a powerful synthetic opioid often unknowingly contained in the heroin supply, more than tripled from 340 in 2015 to 1,119 in 2016.

With the recent emergence of carfentanil, an even more powerful synthetic opioid showing up in heroin, Maryland may see overdose deaths continue to rise.

In a way, you put your finger on the right problem but with the wrong analysis.

“Where people choose to obtain help is by far the issue at hand,” said Thomas Dargan, who chairs the Quality of Life Committee for Communities United.

If we need to have a conversation about where resources for drug users are located, it’s because these resources should be in the places where people can easily access them, not because of the false assumption that they cause crime.

People and communities need systemic change, not blame and marginalization.

“We need you to listen to the people as you try to make sense of the high homicide rate and react to it,” Dargan said. “Hostility and violence come from long-term neglect, abuse and a government that refuses to see us as people.”

Take a look at the solid data. Study after study have shown that the link between crime and methadone clinics is a myth.

A 2012 University of Maryland study concluded that methadone clinics do not attract crime. A 2016 Johns Hopkins study found that violent crime is lower near drug treatment centers than other commercial areas.

Researchers in both studies found that crime was more likely to occur around convenience stores when compared to drug treatment clinics.

According to Johns Hopkins study leader C. Debra M. Furr-Holden, an associate professor in the Department of Mental Health at the Bloomberg School, “drug treatment centers pose no additional risk of violence above and beyond any traditional business in the community.”

One group that was particularly incensed by your statements was Nurses for Justice-Baltimore, a group committed to breaking down barriers that lead to health injustices.

“Treating individuals who struggle with substance use as criminals is contradictory to everything we know and believe as nurses,” said Molly Greenberg and Michaela Lindahl, both RN’s. “Everyone has the human right to receive care free from judgment.”

Further criminalizing communities that have been devastated by the racist War on Drugs for decades will do nothing to decrease crime or build trust. Instead, we need to support harm reduction practices that reduce risk of fatal overdose and incarceration, strategies such as creating safe spaces for people who use drugs. 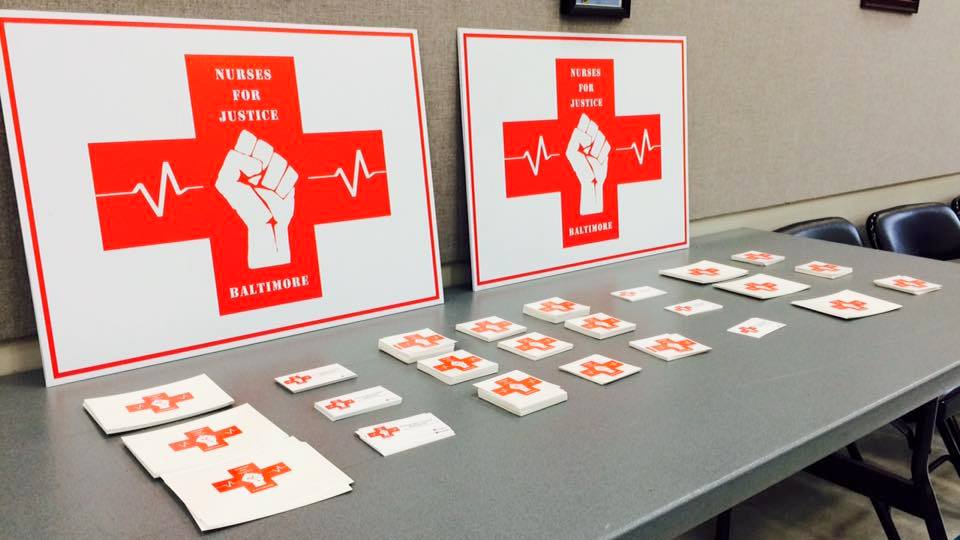 “Treating individuals who struggle with substance use as criminals is contradictory to everything we know and believe as nurses,” two members of Nurses for Justice – Baltimore said.

In these spaces, people will receive medical help in case of overdose, and when they are ready, connect with care and treatment options.

In addition, “methadone and other forms of medication-assisted treatment are an indispensable tool in combating the opioid epidemic,” said Kaitlyn Boecker, Policy Coordinator with the Drug Policy Alliance. “It is punitive drug policies, criminalization, stigma and lack of access that destroy communities, not drug treatment.”

Mayor Pugh, we implore you to work harder to ensure the health and safety of drug users as fellow residents of Baltimore City. Don’t perpetuate the stigma that drives drug users further away from supportive services.