Samantha Redles, sitting next to large wooden cutouts of Pikachu and Tom and Jerry, was hard at work, paintbrush in hand.

The 27-year-old artist was at Open Works on Greenmount Avenue Thursday, painting oversized plaster versions of the three components of the peanut butter and jelly sandwich.

Cartoon characters and PB&J’s may not seem like high art but they represent high hopes for the organizers behind her efforts – the Station North Arts and Entertainment District and a host of foundations, educators and funders.

Redles was working on The Station North Mini Golf Project which is crafting a playable mini-golf course using designs by Baltimore students from the nearby Margaret Brent Elementary School, the Baltimore Design School and the Baltimore Lab School. 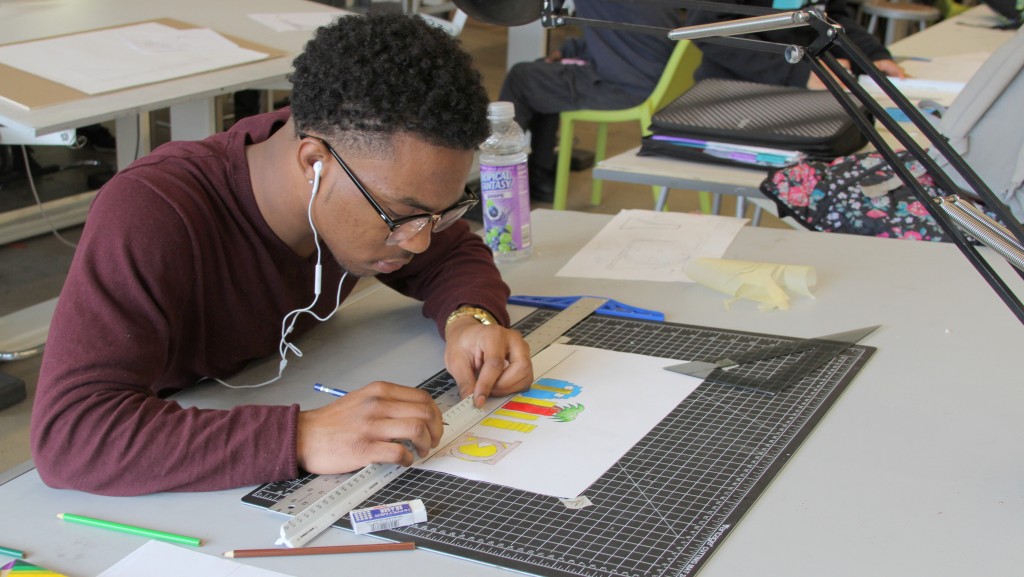 The eight-hole course, to be set up at the corner of Charles and Lafayette streets, will debut on July 21 at Artscape and continue through mid-August. It will then continue with abbreviated hours through early-October.

The organizers were looking for a playful, all-ages project that would bring the city-supported arts district together with the neighborhoods in north central Baltimore where it is located. 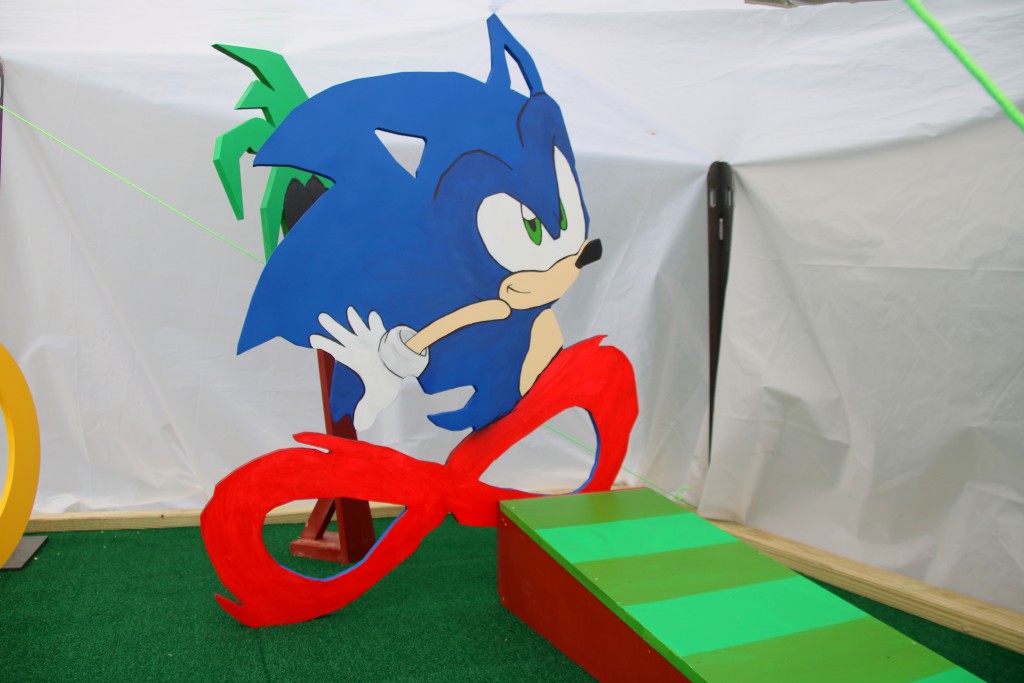 We got a sneak peek at the Sonic the Hedgehog hole. No Knuckles or Amy but lots of rings! (Louis Krauss)

“The project created wonderful learning opportunities for artists and students to collaborate and strengthen their understanding of the community and their role within in,” said Amelia Rambissoon, Station North’s interim executive director. “It illustrates our success in using art as a community development tool.”

For the kids, it was just exciting to be asked for ideas and to see them come to life, said Redles, one of the artists and teachers who worked with the children on the mini-golf holes over five weeks this past spring,

“They were excited to actually work on things – to actually build a version of their concepts,” Redles said. “It was really fun for all the parties involved.”

Redles, who advised the Lab School middle schoolers, explained how it worked.

The kids weren’t directly involved in painting or cutting the wood for the final version of their holes. That’s what Redles and the other artists (painter Dave Eassa, illustrator Megan Lewis and light artist Jose Roserio-Curet) and the staffers at the makerspace OpenWorks have been doing. 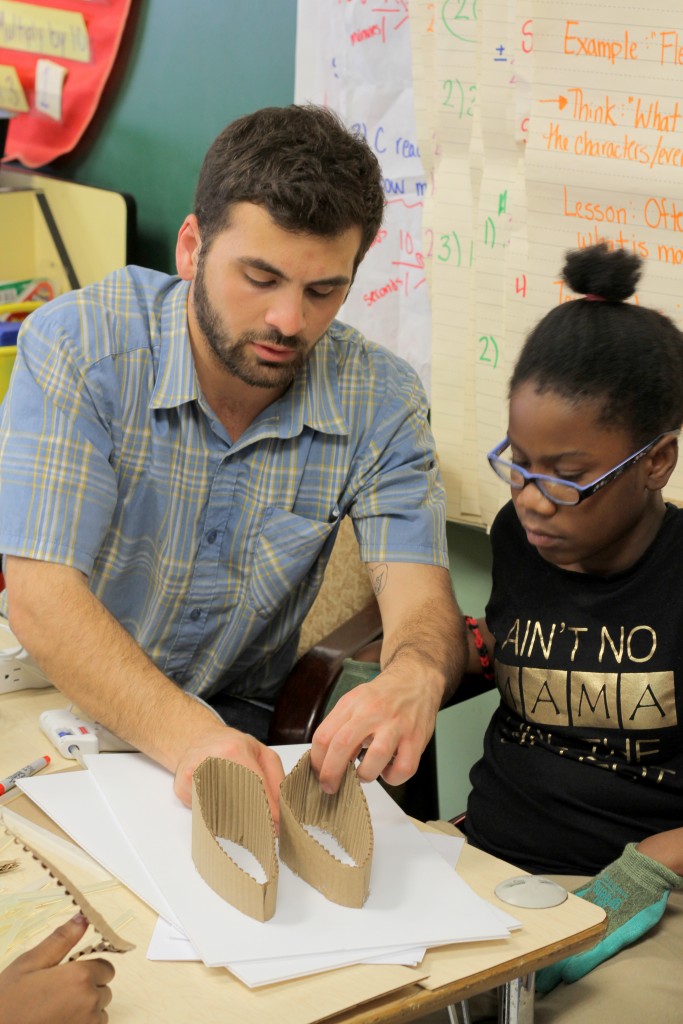 The students came up with the ideas for elements they wanted, including Donkey Kong, Sonic the Hedgehog, sneakers, dj’s turntables, sharks and a tribute to Baltimore’s Arabbers that includes the Baltimore street vendors’ iconic horse carts.

“A lot of them may not have the skills to draw something detailed enough or that they see as good enough,” said Redles. “So we worked with 3-D materials or would just go outside some days and use straws and tile connectors just to see how big these things would be in square feet.” 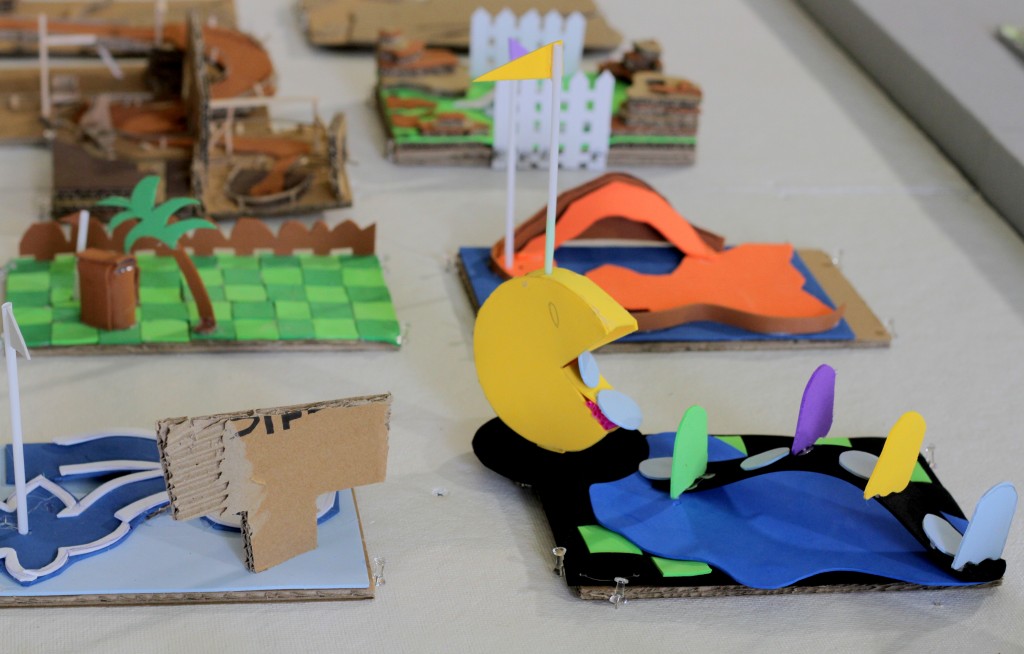 A ball-gobbling PacMan and other early designs for the Station North Mini Golf Project. (Handout)

After figuring out the themes, the students went to work drawing and building small 3-D replicas of the courses out of cardboard and paper that were then put into a computer 2-D image design by local architecture firm Gensler & Associates.

FutureMakers developed and oversaw the design process. Mahan Rykiel worked up the site plan. Among the funding sources for the project was a $35,000 grant from the National Endowment for the Arts.

The end product was not the typical winding course found in commercial mini-golf places, but instead manageable rectangular boards that are each about 12 feet long and will sit next to each other. 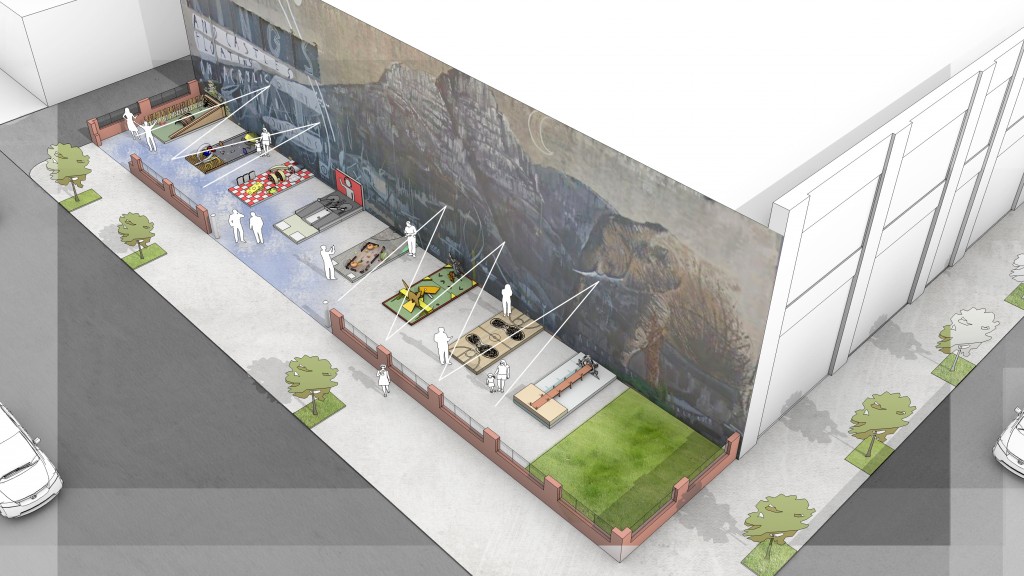 Anything is an improvement for Baltimore mini-golf fans, who have had to go to suburbia, rural areas or the beach to find courses.

(There was briefly a course at the Inner Harbor years ago, including a hole that sent the golf ball along the crags of then Governor William Donald Schaefer’s face. It ultimately lost its space  after being displaced by a company headed by former City Councilman Carl Stokes.)

After being completed over the next few days at OpenWorks, the Station North greens will be moved to their new home before the big unveiling during Artscape.

Station North Mini Golf will be operated from Friday July 20 to October 6.

Free for Baltimore City students and $5 for other players, 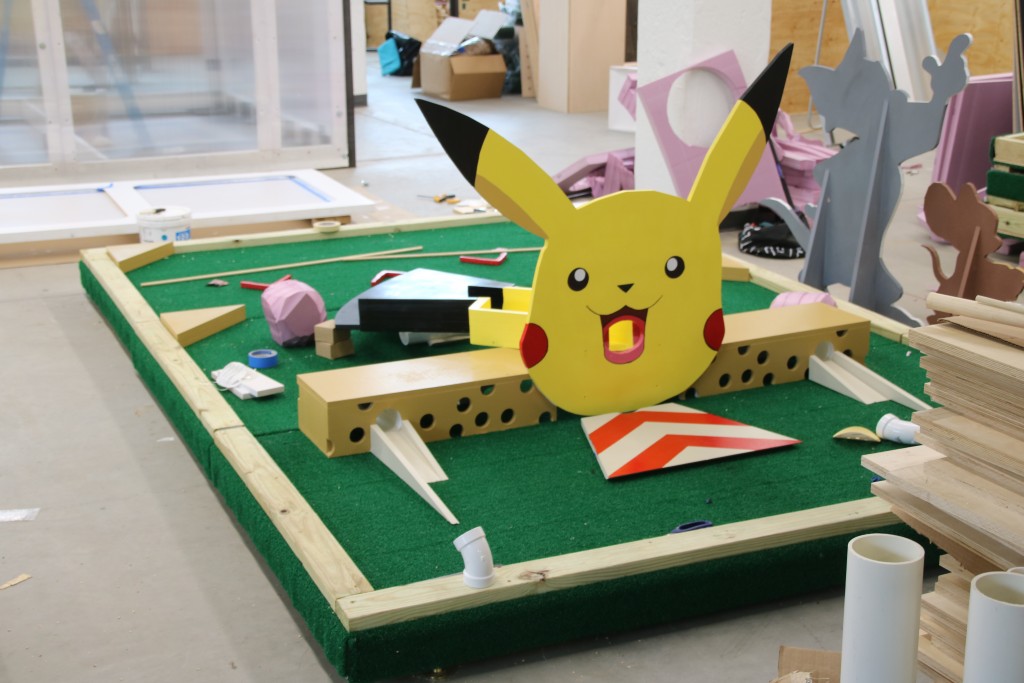