Baltimore made its pitch to woo Amazon to Port Covington with a “signing ceremony” today located at, you guessed it, Port Covington’s City Garage.

As cameras clicked and an audience peppered with politicians applauded, Mayor Catherine Pugh put her left-handed signature to a two-page cover letter.

She then slipped the letter inside a red and white box that described within what goodies the city will offer the e-commerce giant in return for locating its second headquarters campus here.

“Let’s get this out of here,” said William Cole, president of the Baltimore Development Corporation, as the mayor blew a final kiss to the box before it was carried away.

The mayor didn’t give any information about the kind of financial incentives (cheap land, tax credits, workforce grants, fee reductions) Baltimore may be offering Amazon.

Last month the company set off a frenzy of giveaways and gimmicks by cities and states hoping to win Amazon’s nod.

Baltimore joins more than 200 other places in the U.S. and Canada that have responded to the company’s RFP (Request for Proposals).

In Maryland alone, Charles, Howard, Montgomery and Prince George’s counties have sent proposals to Amazon, whose deadline for submission is tomorrow.

Like Baltimore, these jurisdictions have not released any details.

Unlike Baltimore and several other applicants – such as the Georgia town offering to create the city of Amazon – the Maryland counties have not engaged in overt displays of promotion. 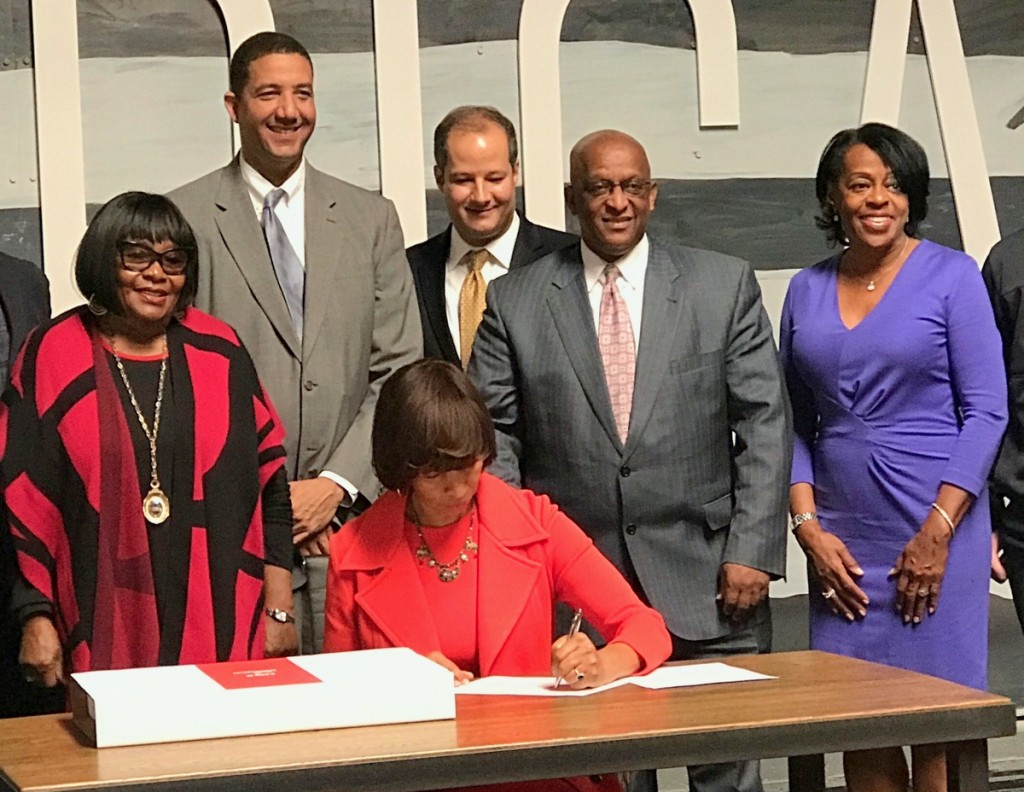 In her cover letter today to Amazon, the mayor spoke of Port Covington this way:

“This must be the place. It is the only site that will allow Amazon to build a living laboratory focused on customer and user experience, and a valuable sandbox for Amazon’s technologies, products and vision.”

Asked if she had any concerns about the bid, including whether the city had “sweetened the deal too much,” Pugh said, “No, we didn’t sweeten this too much. No other city can present this kind of a site, with this kind of acreage available, in a landscape that is second to none.”

But as the Los Angeles Times pointed out today, “It can be hard for public officials to tell when they’re really being considered for a facility” as opposed to being used as pawns to extract more concessions from other cities.

“It seems unlikely that a company like Amazon, which was built on data analysis, didn’t have a short list of desired locations before it opened the bidding,” the paper added.

Last month, Goldman Sachs announced that it planned to invest $233 million to become an equity partner with Sagamore in the first phase of construction near the eastern edge of property. 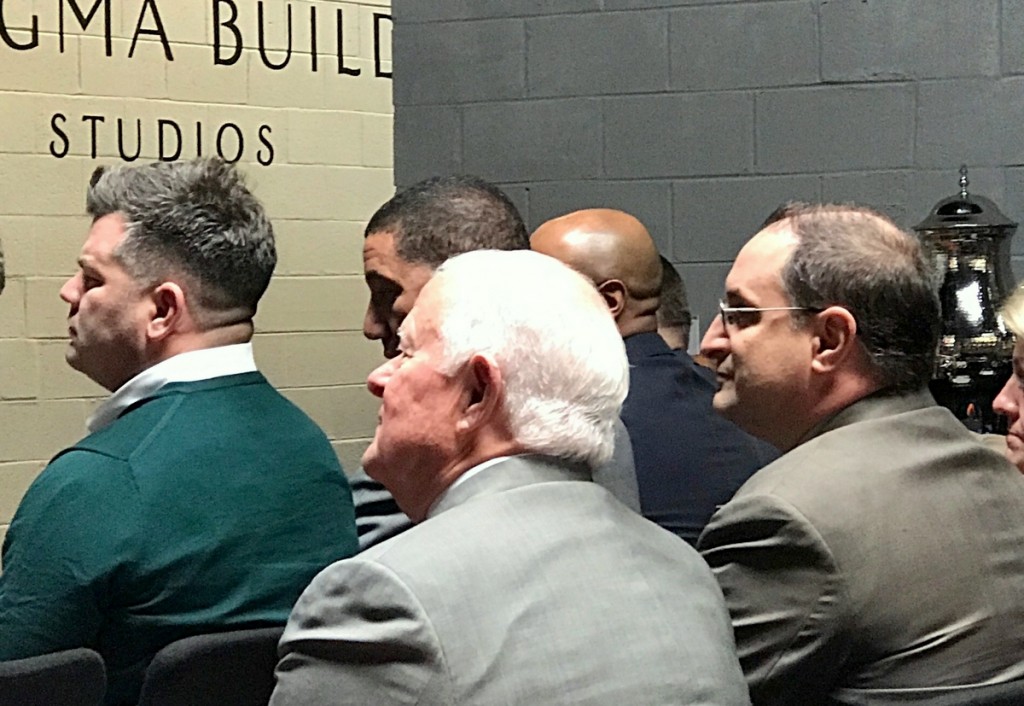 Such construction, concentrating on street-building and other infrastructure, would not begin until late next year or early 2019, officials said.

Sagamore, whose top brass (excluding Plank) joined Pugh in “celebrating” today’s proposal, is targeting the land currently occupied by the Baltimore Sun printing plant as the location for Amazon’s “HQ2.”

Ironically, the printing plant was built by the LA Times, who purchased The Sun before the Internet took a hefty chunk out of the news print business.

It is uncertain when Baltimore will hear back from Amazon. The RFP gives the company all of 2018 for its “final site selection and announcement.”

Over the next months, the Seattle-based company is expected to whittle down the list of applicants to a more manageable size.

Then comes the final swirl of cities and states parading before the company, each contestant motivated by $5 billion in capital investment and as many as 50,000 jobs promised over a 15-17 year period.

Amazon says it has a preference for:

• Metropolitan areas with more than 1 million people.
• A stable and business-friendly environment.
• Urban or suburban locations with the potential to attract and retain strong technical talent.
• Communities that “think big and creatively when considering locations and real estate options.”

HQ2 could be, but does not have to be:

Plus a good educational, cultural and community “fit”:

“The Project requires . . . the presence and support of a diverse population, excellent institutions of higher education, local government structure and elected officials eager and willing to work with the company, among other attributes. A stable and consistent business climate is important to Amazon. We encourage testimonials from other large companies.” 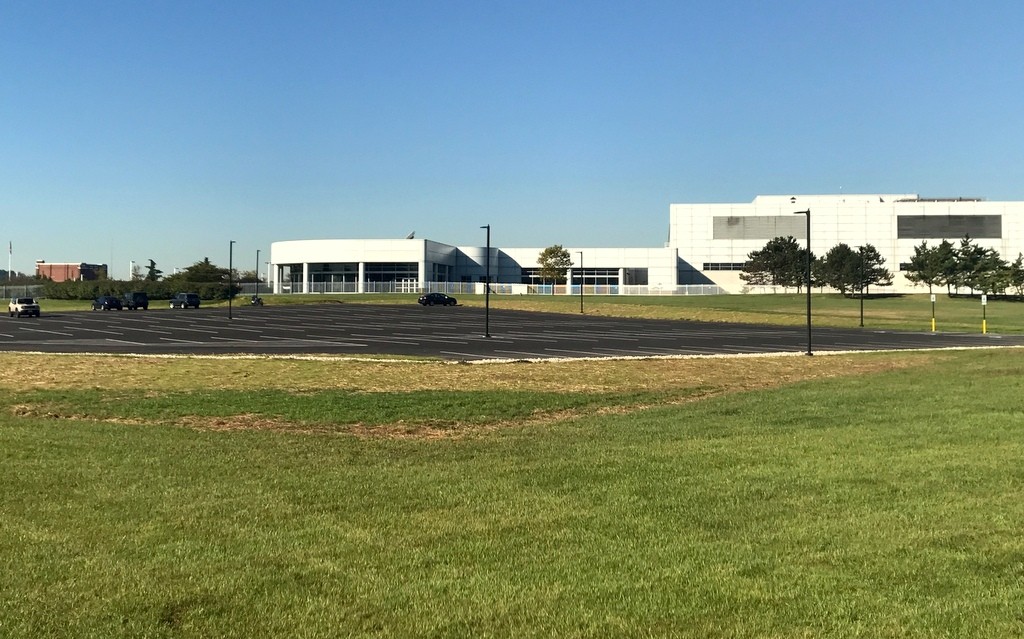 FALLOW LAND: The underutilized acreage around the Sun printing plant, purchased by Kevin Plank’s development company, has been eyed as a potential site for Amazon HQ2. The decision is now in the hands of the Seattle-based giant. (Mark Reutter)