Could it be because Smith was in Baltimore County this morning, campaigning for county executive candidate Vicki Almond?

That certainly appeared to be Smith in the photographs circulated on social media today by one of Almond’s opponents, Jim Brochin. (We’ve called Smith’s office to check but, as we say, no one picks up over there.)

In one photo, which Brochin said was taken at a polling place in Randallstown, Smith is holding a red Almond brochure, leaning down to a red bag. In another he’s smiling at the camera, standing besides a man campaigning for Del. Adrienne A. Jones.

As The Brew has reported, Smith has been using his Baltimore County Victory Slate to bankroll Almond’s campaign, paying for mailers attacking Brochin and a recent one lauding Almond.

Asked if she sanctions the mailers and whether she was comfortable with a $20,000 direct donation that Smith’s committee gave to Almond on June 6, Pugh has not responded. (The cost of the mailers will not be public until weeks after today’s primary.)

The group, which dates back to when Smith was county executive, was fined $3,000 and given a civil citation for loaning $100,000 to Pugh just days before she narrowly won the Democratic primary for mayor in 2016.

That loan was illegal because Pugh was not a member of the county slate and was instead a candidate for a city position. The slate’s current activities, focused on a county race, appear to be within the rules. 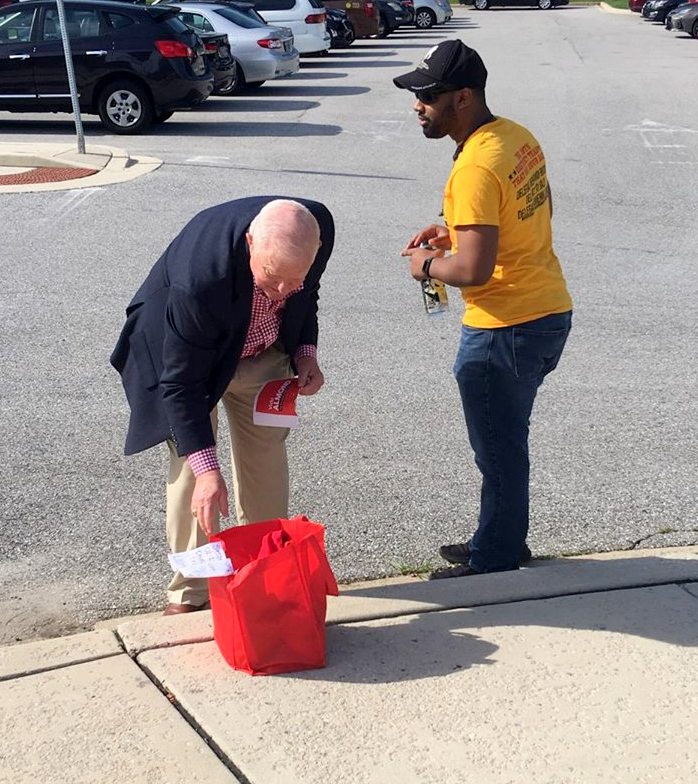