Miller spent a total of 10 days, including two weekends, at the fabled South-by-Southwest (SXSW) Festival in Austin, Texas, last March.

But because of various mishaps and misunderstandings on her part – such as wrongly determining what days the music events were scheduled and booking a room at an “unsafe” lakeside resort far from Austin – the trip ate up more than the $4,075 approved by the Board of Estimates

Today Miller is asking Young and the BOE to reimburse her for $1,805.74 in costs she said she incurred as part of her efforts “to source music talent and sponsorships for the AFRAM festival” in Baltimore.

• UPDATE: The reimbursement was approved, without discussion or objection, this morning. Young abstained, his two appointees (Rudy Chow and Andre Davis) approved. As did City Council President Brandon Scott and Comptroller Joan Pratt.

Unlike most city festivals, AFRAM is run out of the mayor’s office rather than the quasi-public Baltimore Office of Promotions & the Arts. It will be held August 10-11 in Druid Hill Park. 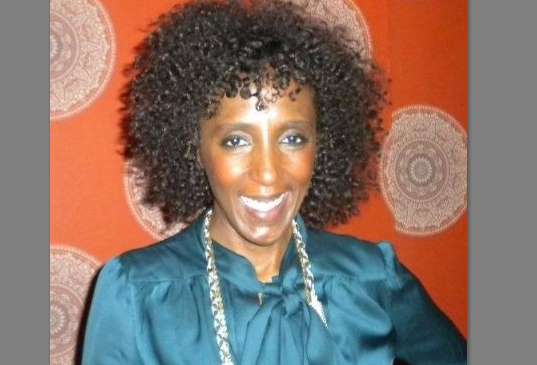 Tonya Miller says she wasn’t aware that the music portion of the conference wouldn’t happen until five days after she first planned to arrive. (Linkedin)

“It was a Discovery”

“It was very fruitful,” Miller said about the conference when reached by phone yesterday.

Speaking in the third person, she continued, “Like any other person who does research for festivals, they go to conferences, they see how other sponsors activate, they engage with other like-minded people in the community.”

“When you go to conferences, it is about discovery and learning new things.”

Asked what she did at SXSW, she said, “We went to tech programming. We went to different sponsorship programming. It was a discovery. When you go to conferences, it is about discovery and learning new things.”

She added: “Are you going to write about [AFRAM] and how it’s good for the community? Or are you just going to write how somebody traveled to a conference and, what, spent taxpayers’ money?”

Described in today’s BOE agenda as a dicey place “in a remote part of the city {Austin],” Lakeway Resort presents itself as a premier getaway to the scenic Texas Hill Country. (Lakeway Resort and Spa)

For the first few days, Miller stayed at the Lakeway Resort and Spa, a Four Diamond AAA establishment with a fitness center, swimming pool and sweeping view of Lake Travis in Texas Hill Country.

But she was not happy with her accommodations, according to a narrative provided by the mayor’s office to the BOE.

Not only did the location require “more than two hours to drive each way” into Austin, but Miller and a colleague – Recreation and Parks’ Cortney Weinstock – “felt unsafe [when they] realized that the hotel was located in a remote part of the city.” 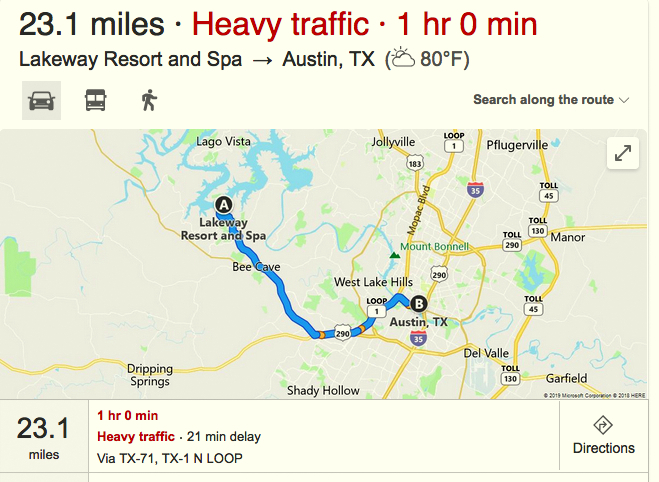 Listen to the Music

That was not the only challenge that Miller faced. She “realized that the initial conference dates were dedicated to Technology/Interactive and Government Affairs and the music portion of the conference didn’t begin until March 12th.”

Her response: To leave the Lakeway Resort and book four nights (March 13-16) at JW Marriott Austin, located near where many of the musical events would take place.

The rooms at the Marriott, shared by Miller and Weinstock, cost up to $521 a night, according to BOE records. 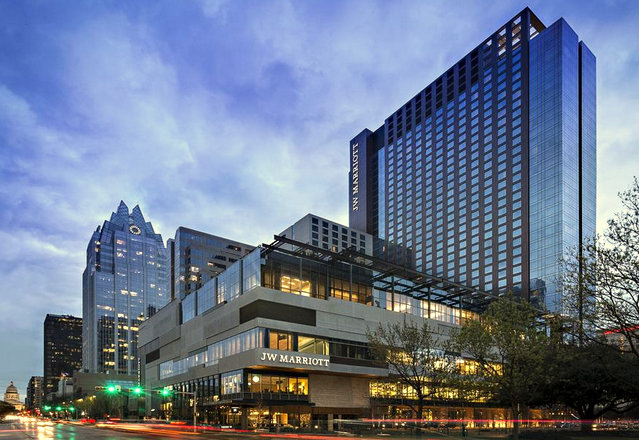 A room at the JW Marriott Austin, shared by Miller and Weinstock, cost over $500 a night. (Marriott Hotesl)

After paying nearly $1,800 for the extra nights on her personal credit card, Miller is now seeking “retroactive travel reimbursement” from the city.

The item is on today’s BOE routine agenda, meaning it is set to be approved among many items without public discussion.

The narrative by the mayor’s office does not describe what sponsorships or musical talent Miller and Weinstock may have secured at SXSW.

Miller did not offer any examples to The Brew, saying only that AFRAM sponsorships are listed on its website.

AFRAM is a celebration of local black culture and music; SXSW has evolved into an international destination for elites.

AFRAM is designed as a celebration of local black culture and music. SXSW has evolved from a student festival into a sprawling film, music and tech-business destination for coastal elites.

There appears to be no overlap between the music acts at Austin and the musicians performing at AFRAM.

A graduate of Northern High School, with a BA in fashion merchandising from an on-line college, Miller bills herself as a “brand pioneer” who turns “simple concepts into strategy-driven events.”

Her Linkedin profile lists short tenures at various New York marketing and branding agencies, such MKG, WME and INVNT. She was hired by Pugh in February 2018 as senior director of public affairs, filling the vacancy left by former Pugh spokesman Anthony McCarthy.

Despite her title, Miller does not not prepare news releases or interact with journalists.

Instead, she focuses on “strategic development,” which Pugh saw as creating a positive narrative about Baltimore, and enlisting private companies to contribute money and co-sponsor events directed by the mayor’s office, such as AFRAM, violence reduction and back-to-school rallies. 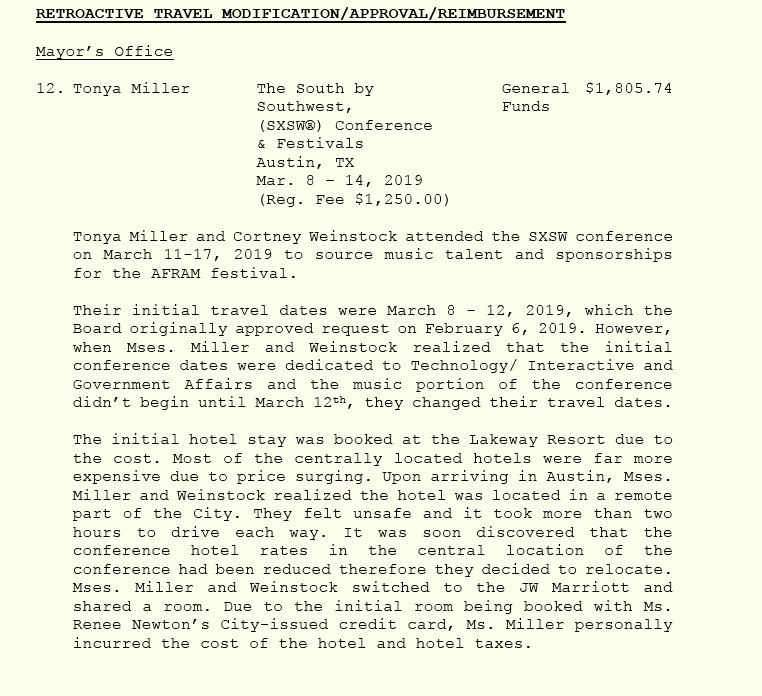