A bill to slap height limits on new construction in Fells Point, which ran into unexpected opposition last week, has been tabled by First District Councilman Zeke Cohen, who says he now wants to “fix the broken processes” between planning officials and the community.

A make-or-break hearing on the bill, scheduled for this afternoon, was postponed after Cohen met with Fells Point leaders on Monday.

At issue is the longstanding tension between residents seeking to preserve the old-world character of the 19th century seaport and developers eager to cash in on its appeal to newcomers.

That tension erupted over plans to erect a 60-foot-high apartment building at 509 South Washington Street, an empty lot three blocks from the waterfront.

In a series of contentious hearings before the Commission for Historical and Architectural Preservation, residents questioned CHAP’s willingness to follow its own design guidelines and stand up to developers.

“It was totally out of scale to the surrounding neighborhood of two- and three-story rowhouses,” says Jeffrey Dewberry, vice president of the Society for the Preservation of Federal Hill and Fells Point.

“We don’t want to end up like in D.C. where you see one row of rowhouses and then a giant building sitting behind them.”

While the project was eventually scaled down, resentment toward CHAP bubbled up at last week’s meeting of the Planning Commission.

“The neighborhood is incensed that it took an enormous effort” to get the developers to shrink the project to four stories, said Liz Bement. “We do not want to come out every single time and do CHAP’s work.” 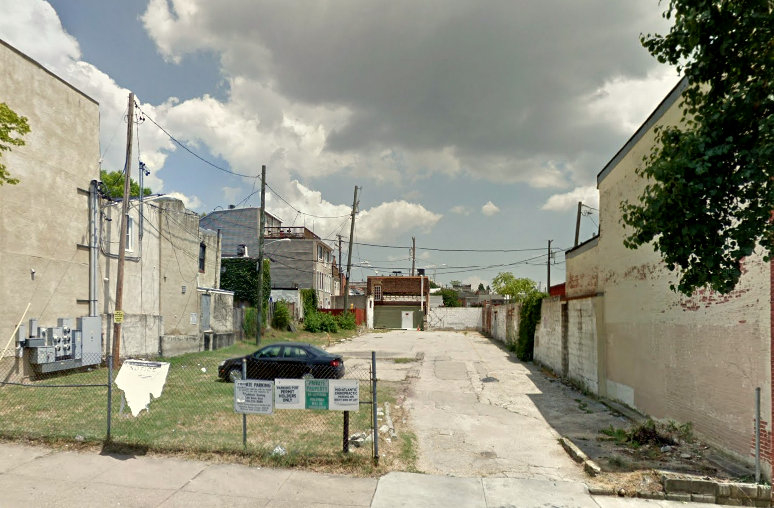 The fate of this 0.23-acre lot on South Washington Street has become a focal point of community concerns about over-development. The site is now approved for 33 one-bedroom units in a four-story building. (Google maps)

The Planning Commission, however, voted not to endorse the height overlay bill, saying new limits in the historic district could stifle commercial development on South Broadway and undercut the city’s TransForm zoning code.

Among the commissioners who voted against the bill was Ed Reisinger.

The veteran councilman chairs the Land Use Committee, whose favorable vote at today’s now-scuttled hearing would be essential to get the bill before the full Council.

Cohen said he and community leaders have hit upon a new strategy to rouse CHAP from its supposed lethargy by seeking a seat on the agency’s design review committee.

“There have been some concerns that the DRC has not been open enough, transparent enough and hasn’t done enough outreach to the community,” Cohen said.

In addition, he wants CHAP to change its rules to require developers to obtain statements from community associations prior to any presentation before CHAP and the Planning Commission.

“We’re not saying that every association has to agree with a project, but that if you’re going to build within the CHAP historic district, you need to obtain a thumbs-up or thumbs-down from the neighborhood groups,” Cohen said.

CHAP’s executive director, Eric Holcomb, could not be reached for comment.

The coalition will also ask CHAP to develop a vision plan for the Eastside district in collaboration with the Fells Point Task Force, a citizens’ group chaired by State Delegate Brooke Lierman, a Fells Point resident.

Finally, Cohen said he wants to respond to critics who have called the height overlay bill a ruse to restrict low-income housing.

“Unlike the projects The Brew has been writing about, we support affordable housing. We are not NIMBYs. We are therefore requesting the Planning Department and CHAP to conduct a study to increase affordable housing not only in Fells Point, but in the southeast district.” 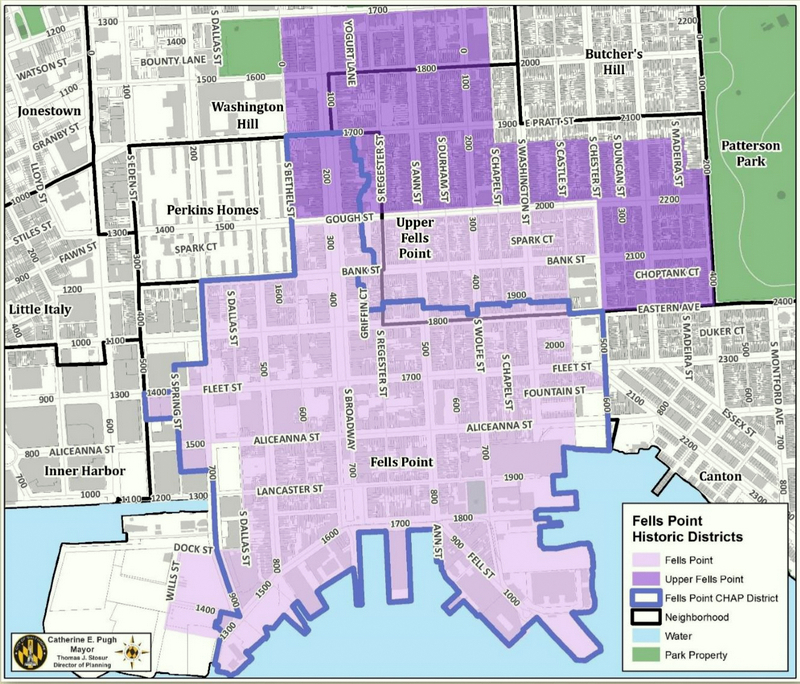 Last week, longtime resident Cliff Ransom testified that “rapacious development” on the western fringe of the historic district had created “a monstrosity.”

“Thanks to Harbor East, we don’t get sunsets anymore in Fells Point,” he said.

Jason Smith, a partner in the 509 South Washington project, is a grandson of the late John Paterakis, who began developing high-rise apartments, hotels and office buildings at Harbor East in the 1980s.

The Paterakis family is co-owner with the Bozzuto Group of Liberty Harbor East, an apartment complex now rising above Central Avenue.

The 282-unit building, with one-bedroom rents starting at $2,400 a month, was exempted from Baltimore’s inclusionary housing provisions last week, setting the stage for the project receiving 80% property tax credits during its first five years of operation.