Lamont Morgan cringed when he opened the water bill that arrived this week, knowing it was going to be much bigger than usual thanks to the ransomware attack that shut down Baltimore’s water billing system for more than three months.

So why was the 60-year-old retired corrections officer so jolly, grinning as he left the Abel Wolman Municipal Building after paying his bill off in cash?

“Cause I went to the Horseshoe, and I won!” Morgan crowed.

The Loch Raven resident said he hit it big at the casino’s Five Dragons Slots, clearing more than $900.

Upon winning, Morgan came up with the idea of not just paying off his debt for water and wastewater service, but stopping at one of the Jewish deli’s on “Corned Beef Row” and grabbing some pastrami sandwiches for himself and his disabled mother.

The plan succeeded beyond expectations, including the sandwiches, and with one more lucky stroke:

“I figured I would never get parking with all the people coming downtown [to pay their bills], but I actually got a great spot,” Morgan said, pointing to his car parked just steps away from the Wolman Building’s front door.

Officials have been warning water customers to be ready for bigger-than-normal, one-time charges now that the city has resumed issuing the first bills since May 7, when the hacking of city government computers was discovered.

Postcards went out to 400,000 customers, warning them to prepare for a single bill reflecting their water usage for May, June and July and in some cases, April.

Mayor Bernard C. “Jack” Young further advised citizens to “set aside” funds to cover the large bill and to even consider mailing in a check of their estimated costs ahead of time.

What residents weren’t reminded of was that the bills may be erroneous.

Knowing that wildly inaccurate water bills have been a chronic problem in Baltimore for years, many feared the latest bills would not only be high, but incorrect. In some cases that appears to be what has happened.

“People have been emailing me directly with their concerns. We will definitely cover it on this show,” WEAA-FM talk radio host Karsonya “Kaye” Wise Whitehead told The Brew, adding, “One listener went from having a $90-a-month bill to owing $1,250!” 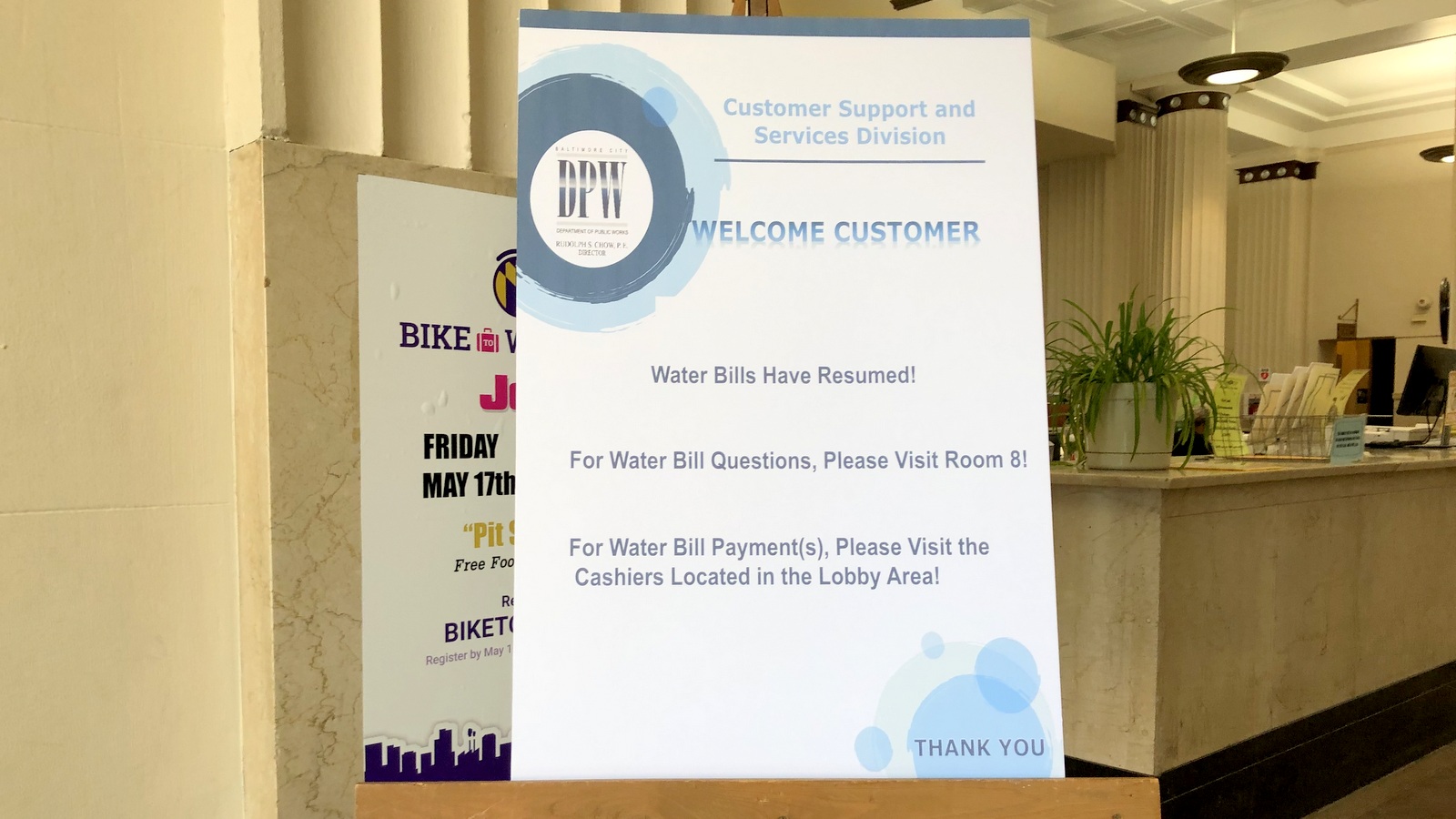 In another example, Tracy Anderson suspected something was wrong when he received his bill, a charge of $1,012.63. Anderson said the payments for his household (consisting of himself, his husband and one other person) usually come to about $90 per month.

“Something is wrong @BaltimoreDPW,” the Bolton Hill resident tweeted.

The good news after Anderson’s social media SOS: “I heard from DPW within 15 minutes, and they were empathetic and professional. I was very impressed,” he said.

The bad news: They told him the high charge was probably due to a water leak and advised him to do a “turn-off-test” to determine whether water is leaking at some point beyond the meter.

(They gave him instructions to find the main valve and shut it off for an hour and then tell them the exact times it was turned off and on. No word yet on the results.)

DPW: “The reads are accurate”

Others said their bills, though large, appeared to be fair.

Morgan, for instance, said his bill seemed reasonable considering his monthly charges have ranged from $85 to $100 or more. “I wasn’t going to question it,” he said.

The bills reflect a 10% rate increase that went into effect on July 1, but otherwise should be predictable and correct, DPW says.

“The metering system was NEVER impacted by the attack,” a FAQ posted by the agency says. “DPW has thoroughly checked the system and is confident the reads are accurate.”

Recognizing that some customers could struggle with the large bills, DPW is offering 6-month and 12-month payment plans and suspending late fees until November.

The program that the agency offers to help low-income customers, Baltimore H2O, does not begin processing applications until September 9.

Officials warn that it may take one to two billing cycles to process the completed BH2O application, and it may take up to two more months to receive a water credit.

“When you look at these enormous bills they’re going to be hit with right now, they’re saying people may have to wait possibly until January to get these credits,” said Rianna Eckel, Maryland organizer for Food & Water Watch.

“Meanwhile, they’re waiving late fees, but only until November,” she added.

She praised DPW for some of the accommodations it has made to help customers through the unusual post-ransomware billing.

• To reach DPW’s Customer Support and Services Division: 410-396-5398 or DPW.billing@baltimorecity.gov.

• To apply for the H2O Assists program: https://publicworks.baltimorecity.gov/baltimore-h2o-faqs