As Governor Larry Hogan begins to lift restrictions and “reopen” Maryland, the battle to protect the state’s elderly from the coronavirus pandemic will shift from nursing homes to the larger community, where the vast majority of older people live.

The residents age 65 and over most at risk when society reopens will be those living in multi-generational households where younger adults leave to go to work and children leave to go to school or daycare.

That means that the virus’ impact will be magnified in poorer neighborhoods, especially in Baltimore where multiple generations frequently live in cramped quarters.

In the absence of a significant public health initiative, the virus will steadily pick off the elderly living in those situations, and we will have a reprise of the tragedy in Maryland’s nursing homes, where 803 people have died as of yesterday (May 8).

The risks facing older individuals living without younger relatives under the same roof will be significant as society reopens, but can be reduced by continuing social distancing and other precautions such as masking and sanitizing surfaces.

Programs may have to be put in place to prevent exposure of the elderly to large groups of people at grocery stores, on public transit, at sports events, etc.

About 78,000 elderly people live in Baltimore; about 18,000 of them are in multi-generational households.

The Pew study found that more black Americans (26%) and more Hispanics (27%) lived in such households than white Americans (16%). About 62% of the Baltimore’s population is black, 30% is white, and 5% is Hispanic or Latino. 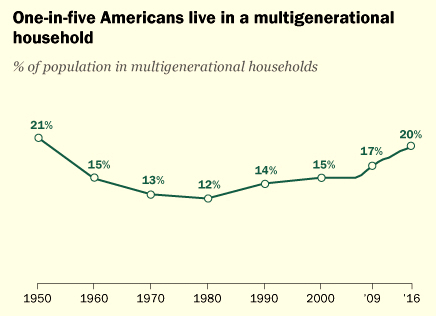 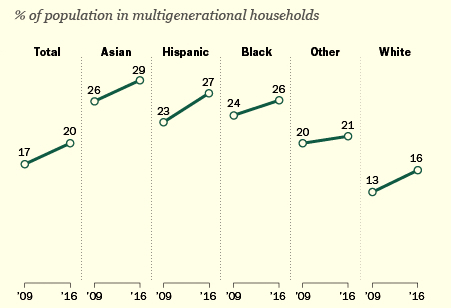 Estimates from the Census Bureau put the current population of Baltimore at 593,490. With 13.2% of them 65 years or over, about 78,000 elderly people live in the city; about 18,000 of them are in multi-generational households.

It’s a challenge for Annapolis as well. This review of 2018 census data  found Maryland among the top five states (the others being California, Hawaii, New Jersey and Texas) with the largest percentage of households that are multi-generational.

Clearly, the Maryland Department of Health (MDH) as well as local health officials have a big job ahead of them if another tragedy is to be averted.

The scale of the problem in Baltimore is particularly high for a number of reasons. One reason is overcrowded living conditions.

An overcrowded home generally is defined as a place where there are more occupants than rooms, excluding bathrooms.

The problem is easy to understand: It’s hard in an overcrowded home to avoid close contact with an infected person.

Add a shared bathroom to the situation, and the risk goes up. Add childcare to the responsibilities of an older adult living in an overcrowded home, and the risk gets even higher. If a child then goes to school or daycare, the chance of infection skyrockets.

Other factors making the elderly in the city more vulnerable to the virus are well-documented. They include lack of access to medical care and much higher rates among blacks of pre-existing medical conditions. 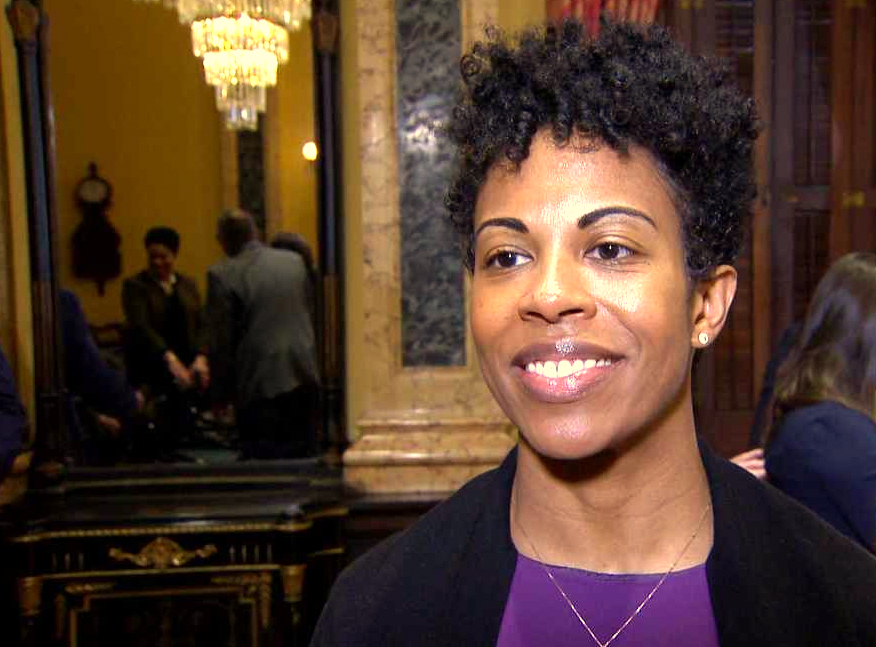 Letitia Dzirasa is Baltimore’s health commissioner. She is primarily responsible for crafting a plan to protect Baltimore’s elderly residents from Covid-19.

A lot rests on her shoulders because the adequacy of her plan, and how well it is implemented, will in large part determine how many elderly city residents die from Covid-19.

With Governor Hogan poised to reopen the state, Dr. Dzirasa should make her plan public as soon as possible.

The plan must establish clear priorities and focus the city’s efforts on those most at risk in multi-generational households and overcrowded homes.

The city must conduct large-scale public health outreach and education among those in overcrowded homes.

To be effective, it will require a large-scale public health outreach, both for identifying those at risk and for educating the elderly and their families on how to mitigate the risk.

That means augmenting the health department with additional employees or volunteers to regularly canvass poorer neighborhoods.

All of this must take place as health officials simultaneously carry out an overall program of testing and contact tracing to identify and isolate infected individuals.

The testing regime in Baltimore should involve testing aimed specifically at older residents. In high-risk situations, members of multi-generational households should be tested as frequently as residents and staff are now being tested at Maryland nursing homes.

Time is of the essence, Dr. Dzirasa.

We already have seen the price paid by older Marylanders living in nursing homes when preventive measures were put in place too late.
___________________
– David A. Plymyer retired as Anne Arundel County Attorney in 2014 after 31 years in the law office. His recent op-eds in The Brew include Maryland must start disclosing infections and deaths at nursing homes and How inaction by two federal agencies led to the spread of coronavirus in nursing homes.