The subdued response by Baltimore officials to allegations that retired Deputy Comptroller Bernice H. “Harriette” Taylor slipped into her former office and spent 12 hours collecting and shredding public records in the Office of the Comptroller stands in stark contrast to the severity of the crimes with which she could be charged.

Taylor, who served for 24 years as the clerk to the city’s Board of Estimates before retiring on April 1, is an attorney, licensed to practice in Maryland since 1982.

If the allegations of document destruction are true, she could find herself facing a term of imprisonment of up to 20 years and disbarred from the practice of law.

Courts take a dim view of the unlawful destruction of records by lawyers, especially if done to obstruct the course of civil or criminal justice. Lawyers take an oath upon being admitted to the Maryland Bar to uphold the laws of the state – not to violate them.

Section 8-606(b) of the Criminal Law Article of the Maryland Code makes it a crime punishable by imprisonment not exceeding 3 years or fine not exceeding $1,000, or both, to willfully destroy a public record “except under proper authority.”

A public record “includes an official book, paper, or record, kept on a manual or automated basis, that is created, received, or used by a unit of the State or a political subdivision of the State,” which includes the city.

There is no indication that Taylor, now a private citizen, had authority to shred the documents earlier this month. According to The Brew, outgoing City Comptroller Joan Pratt claimed that she knew nothing about the destruction until she was informed about it by Acting City Solicitor Dana Moore.

WHAT WE NOW KNOW:

Moore was alerted to the destruction by a City Hall employee. She ordered it stopped and asked the Office of the Inspector General to investigate.

Minutes after Taylor left City Hall on August 7, employees of the inspector general removed at least one bag of shredded documents from the room in which the shredding took place.

Under the state statute, the motive for the destruction does not matter. But if a motive can be established, things could get worse for Taylor. A lot worse. There are some hints at what that motive could be.

At the time of the destruction, the comptroller’s officer was under investigation by the Wage and Hour Division of the U.S. Department of Labor for possible violations of the Fair Labor Standards Act.

Indeed, The Brew reported that Taylor announced her retirement shortly after being questioned by DOL investigators in the spring.

Sources also informed The Brew that the shredding took place after Pratt aide Danice Lewis was notified that the investigators wanted to interview her about mandatory unpaid overtime, and that Lewis met with Taylor on the day that the shredding began, August 6.

The shredding was done in a room that Taylor occupied when employed by the city and is now used for storing personnel and other records. 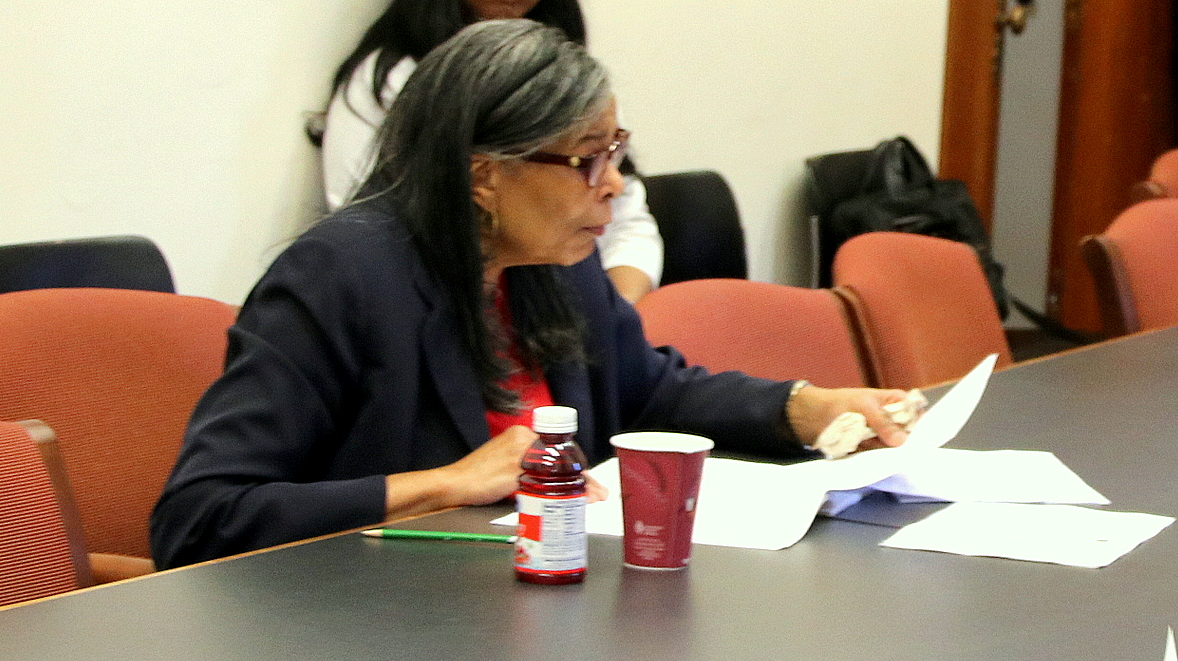 Harriette Taylor served as deputy comptroller and the clerk to the Board of Estimates for over two decades. (Fern Shen)

18 U.S. Code Section 1519 is referred to as the “anti-shredding provision” of the Sarbanes-Oxley Act (so named after Maryland’s five-term senator).

The 2002 law made it a federal crime to destroy or mutilate “any record, document, or tangible object with the intent to impede, obstruct, or influence the investigation or proper administration of any matter within the jurisdiction of any department or agency of the United States.” Upon conviction, an offender is subject to a fine or imprisonment not to exceed 20 years, or both.

Baltimore’s leaders tend to underreact to allegations of wrongdoing in government that elsewhere would be bombshells.

The eye-popping penalty for shredding documents reflected the frustration of Congress with the practice of corporations and their accountants of destroying documents to cover up fraudulent financial reporting.

It also reflects how antithetical such destruction is to core concepts of transparency and accountability – concepts that top officials of the comptroller’s office appear not to fully appreciate.

The scope of the statute is remarkably broad.

It applies to non-criminal regulatory as well as criminal investigations. No proof is required that the documents destroyed were relevant to any particular investigation, only that the intent was to impede an investigation by a federal agency.

If the allegations are true, an outrageous violation of the public’s interest in transparency and accountability was committed, and Taylor should be prosecuted.

If Robert K. Hur, the U.S. Attorney for Maryland, is not interested in the case, it would fall to Baltimore State’s Attorney Marilyn Mosby to prosecute it under state law.

That would be a bit ironic. Credible allegations that Mosby gave perjurious testimony last year in an attempt to influence the outcome of a civil trial apparently were never formally investigated.

The failure by city elected officials to express more than mild concern about the allegations against Taylor is reminiscent of the abject silence that accompanied the perjury accusations made against Mosby by an administrative law judge.

There is a tendency by Baltimore’s leaders to underreact to allegations of wrongdoing in government that elsewhere would be bombshells. It is worth asking the question why, because lies and cover-ups create an environment in which corruption thrives.

Of course, Taylor is entitled to a presumption of innocence.

But an acknowledgment by Mayor Bernard C. “Jack” Young, City Council President Brandon Scott and other city officials of the gravity of the alleged misconduct – along with their insistence that it be thoroughly investigated and prosecuted if sufficient evidence exists – could help deter such misconduct in the future.
__________________________

• David A. Plymyer retired as Anne Arundel County Attorney in 2014. He writes on matters of law and public policy and can be reached at dplymyer@gmail.com.