As a teacher in Baltimore City schools for 10 years, I’ve worked, alongside my students, under sometimes horrible conditions.

A rat chewed holes in the wall of my last school building. Once I was forced to throw away dozens of brand-new puppets because they were full of mouse droppings.

Those rooms have been empty since March 12, the last day before school buildings were closed statewide due to the Covid 19 pandemic.

And on the day after Labor Day – when the new school year begins – those rooms will remain empty. Like other Maryland school districts, Baltimore City Public Schools is opening virtually.

But unlike those other districts, which are remaining “virtual” through the end of the first semester, we could potentially be back in those room in mid-October.

Baltimore has given October 16 as an ambiguous date on which the situation will be reassessed to determine if it is safe for students to return to learning in these rooms.

Theoretically at least, city students could be required to return to schools a full three months earlier than students a few miles away in Baltimore County.

If that happened, we would once again be facing a challenge our suburban counterparts don’t – now wondering if those rooms have yet another unsavory feature, the threat of a deadly virus.

[A coalition of parents, teachers and students – CommunityTaskforce19 – has come together with an #OnlyWhenItsSafe campaign, calling on City Schools to continue digital learning for the remainder of 2020 at a minimum. I support them.] 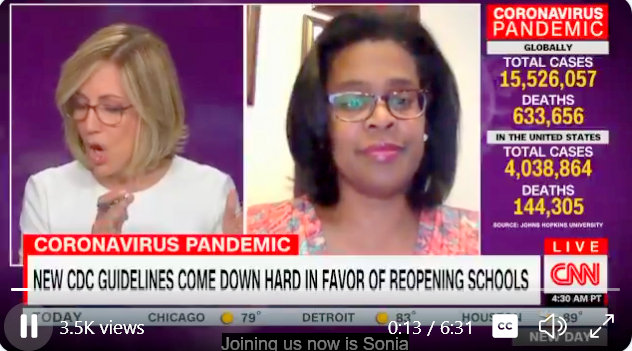 Proud to be a Teacher

Amid all of this, I am fiercely proud to be a public school teacher in the city I chose to make my home.

I’ll never forget the day I was offered a teaching position at a small school in southeast Baltimore. The news filled me with such joy, such exuberance, that the only way to express my surge of energy was to run laps round and round the room, shouting the news to my husband.

In the years since, this excitement has become more pragmatic and nuanced. I’m thinking about the systemic failures in those classrooms that are arguably worse than failing to adequately heat and cool them.

Rooms where I’ve consoled six- and seven-year-olds during active shooter drills, trying to assuage their fears without outright lying that they would be okay if the practice drill ever turns real.

In all of these rooms, I’ve told myself that I’m here for the kids. After all, I get paid to be here, while they have to suffer these indignities for free.

I’ve read countless essays from good and decent teachers who made the heart-wrenching decision to leave the profession due to working in similarly disgraceful conditions. This is not one of those essays. I’m not more committed or honorable than the authors of those essays.

Since that night I jumped for joy about my new job, I’ve complicated my life with two children who require me to earn a steady paycheck.

And until now I’ve never really felt that impulse to stick it to the system and walk away, abandoning innocent kids in the process.

But now I’m girding for hours of screen time that are only going to magnify some of the systemic issues we faced pre-pandemic.

City students might not end up learning remotely for as many months as county students, but they have them beat when it comes to virtual hours per week.

Middle schoolers in Baltimore County are scheduled for 14 hours a week of live, online classes.

On the other hand, my 6th, 7th and 8th graders are required to attend live, online classes for nearly double that amount of time: a whopping 26.25 hours a week. That’s on top of the independent work they need to complete.

During this colossal time of virtual learning, my students will be assessed on the same grading scale that we use when we teach in
classrooms.

This shouldn’t be surprising. Over the years my students have sat for state tests that were neither authentic nor valid. This is just a continuation of that practice.

Why have district leaders mandated so many hours of screen time for students? Their response is that the time will go by quickly, and kids would already be on their devices anyway.

Why are we using a traditional grading scale in a virtual environment? Their response is that teachers need to have high expectations for students. 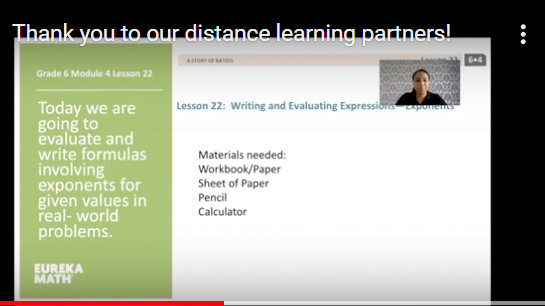 Teachers are being set up for failure, too. District leadership is planning on conducting formal observations on teachers during virtual learning.

Teachers will be evaluated by administrators who have never taught virtually during a pandemic. These evaluations will affect our pay and our futures.

Let that sink in. This is brand-new. Teaching using only Zoom and Google Classroom is a complete paradigm shift for everyone.

Teachers will be evaluated by administrators who have never taught virtually during a pandemic.

Most likely I will receive a few hours of training during professional development during the week before school starts.

I will then be teaching virtually at least four hours and will be participating in office hours and meetings for the remainder of the school day.

I have a baby who needs childcare arrangements and a second grader who will be doing his own virtual schooling for multiple hours of the day, but I still don’t know my daily schedule.

Unlike our neighboring school districts, Baltimore City Public Schools did not set a date by which schools were required to share daily schedules with teachers and families.

One day last week my son and daughter and I went for a walk. While we were eating snacks in a park, a trio of school-age girls approached us.

The oldest was nine and asked my son if he wanted to play. They weren’t wearing masks and weren’t experts at social distancing (they totally would have kissed my baby if I hadn’t slyly pushed her stroller away), so we regretfully declined their invitation.

They asked if we’d been to the pool, asked about our Goldfish snacks. The interaction was brief, but somehow restored my faith a little bit in what lies ahead for this school year.

They and the tens of thousands of their peers are the reason I got into this teaching thing.

During this new pandemic reality, I’m going to call on that energy to help Baltimore kids and make Baltimore a better place, virtual formal observations and excessive screen time and lack of communication be damned.

I probably won’t be rated as a highly effective teacher this year. But those evaluations have never measured what really matters anyway.
____________________
• Amy Joust is a Baltimore City Public Schools ESOL teacher. She can be reached at ajoust701@gmail.com.