In a letter on Friday, Mosby’s attorneys objected to what they viewed as the IG’s misleading framing of the prosecutor’s out-of-town trips, saying “your report makes it appear as though Mrs. Mosby was gallivanting around as a tourist.”

The lawyers, Andrew Jay Graham and David J. Shuster, also zeroed in on a specific issue: Mosby’s failure to get Board of Estimates pre-approval for some of her trips.

Mosby’s lawyers argued that approval was only required when an elected official seeks reimbursement of city funds. They noted that the trips Mosby took were paid for by outside groups.

She noted that specific Administrative Manual provisions were cited in the travel requests by city personnel.

For example, a 2016 trip to Cuba by then-Mayor Stephanie Rawlings-Blake and others, to be paid for by the U.S. Conference of Mayors, cited this provision:

“Pursuant to AM 240-3, the Board of Estimates must take action on a Travel Request form if the trip will require travel outside the continental United States regardless of the source of funds, cost of trip or length of absence.”

She said her office interpreted the policy “as holding elected officials to the same standard as every other city employee, not a lesser standard.” 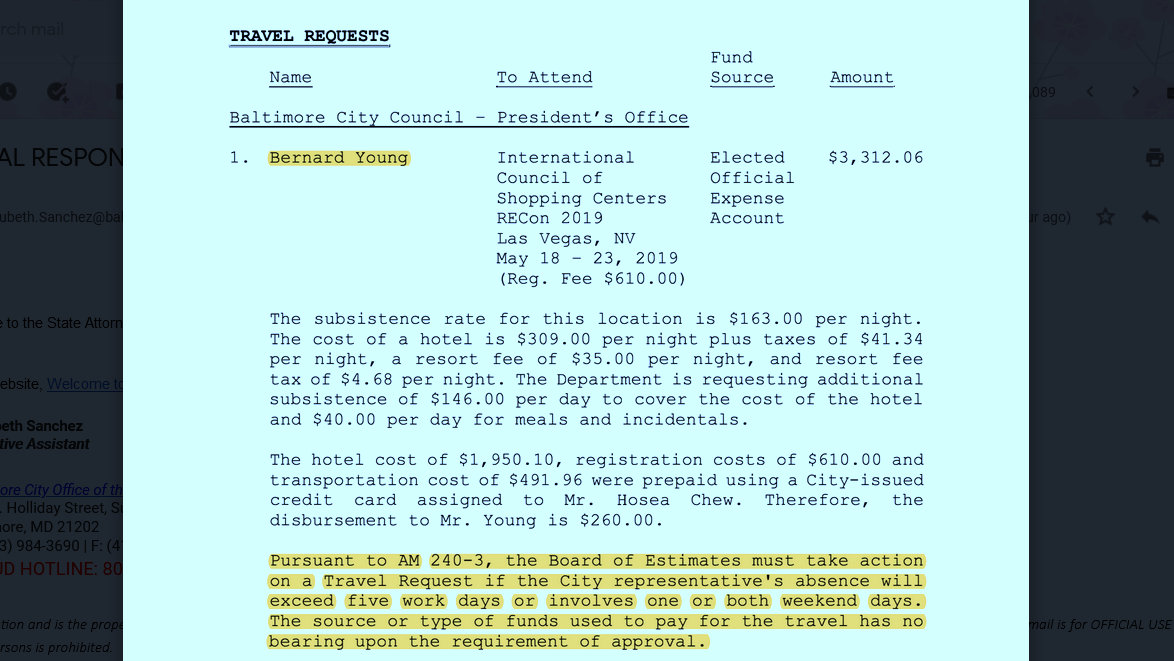