Behind the accusation of “troubling misconduct” leveled by Baltimore State’s Attorney Marilyn Mosby against two federal prosecutors leading the grand jury investigation of her and her husband, Baltimore City Council President Nick Mosby, is a contradiction:

Three years ago, Mosby fired a veteran attorney in her office based on information from the two prosecutors she’s now blasting – then Acting U.S. Attorney for Maryland Stephen Schenning and Assistant U.S. Attorney Leo J. Wise.

Back in 2018, Mosby hired a high-powered Washington lawyer, James M. Webster III, to write a letter to Anna Mantegna, the fired attorney, warning her not to publicly criticize Mosby or to discuss the FBI investigation into the corrupt Gun Task Trace Force.

The letter stated that “you were terminated. . . after Mr. Schenning informed Ms. Mosby that you had revealed” confidential information to GTTF ringleader Wayne Jenkins – an accusation Mantegna has repeatedly and vehemently denied.

“If you make any false or defamatory statements regarding Ms. Mosby,” Webster warned in his April 20, 2018 letter, “Ms. Mosby intends to pursue any and all appropriate remedies, including filing a lawsuit against you.”

Mosby’s campaign committee would later pay Webster’s law firm $11,015 in apparent violation of the prohibited use of campaign money for private legal costs.

On March 10, Schenning and Wise subpoenaed the committee’s records as part of the grand jury investigation. Campaign treasurer Sharif Small was directed to provide bank records, spreadsheets, contributor deposits, and other paper and electronically filed records. 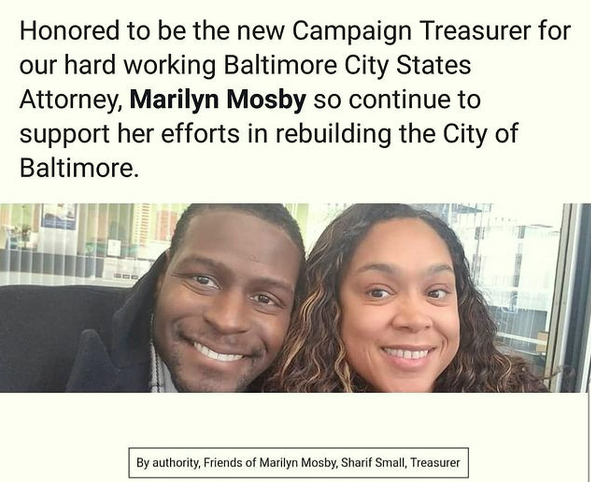 In a letter to a high-ranking official in the U.S. Justice Department, Bolden accused Schenning and Wise of engaging in a “smear campaign” and harboring “genuine animus” against Mosby since at least 2017. (The letter was first reported by theGrio and subsequently leaked to The Washington Post.)

Whereas Webster cast the Mantegna firing as the result of Mosby’s cooperation with the prosecutors, Bolden says that Mosby was upset when the same prosecutors accused her office of a leak during Jenkins’ detention hearing in March 2017. 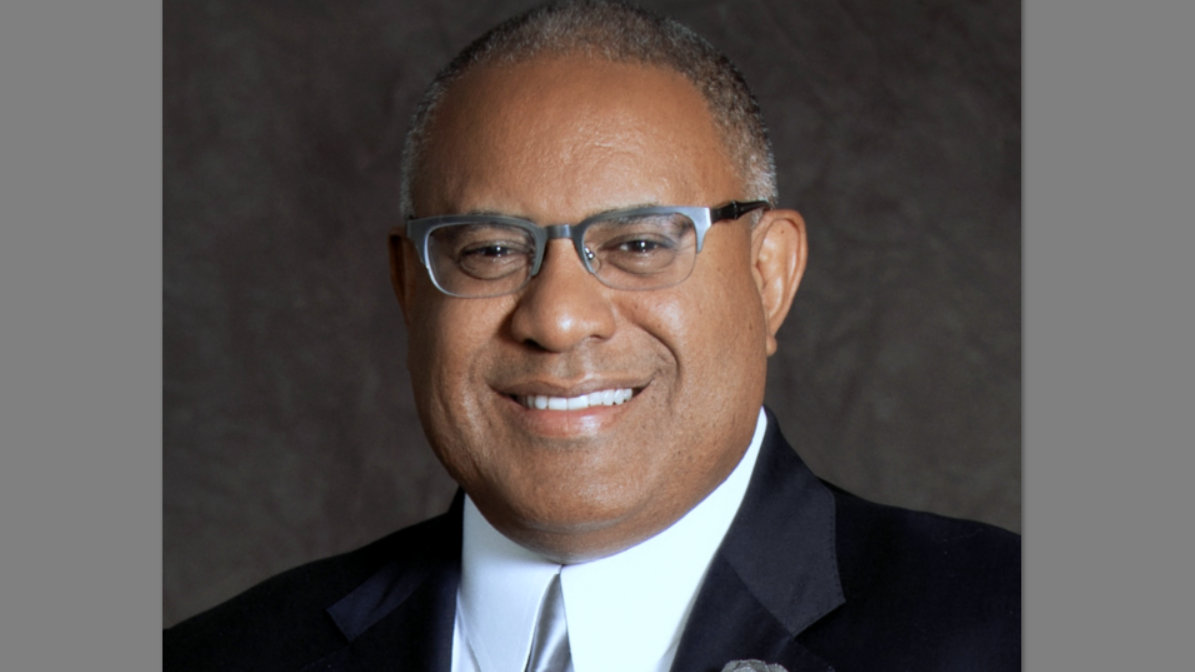 A. Scott Bolden now represents the Mosbys in the federal investigation looking into the couple’s taxes, businesses and travel activities. (Wikipedia)

According to Bolden, Mosby questioned why prosecutors had stated there was a leak in the state’s attorney’s office until it was determined that there was no leak – and the prosecutors’ claim was aimed at denigrating her and her staff.

“For more than a year, State’s Attorney Mosby engaged in dialogue with Mr. Schenning and Mr. Wise about their rationale for implicating her office in what was determined to be unsubstantiated accusations that were motivated simply to cast aspersions on her office,” Bolden wrote.

“Given this tumultuous history,” Bolden argued that Schenning and Wise should be immediately removed from the Mosby investigation, and their own conduct examined by the Office of Professional Responsibility.

The two letters, written on behalf of Mosby by accomplished lawyers, raise this question:

If Webster’s letter is accurate, then Bolden’s letter appears to be deceptive. And if what Bolden says is true, Mosby fired an employee she knew, or would later know, was innocent.

On February 15, 2018, Mosby received a letter, marked “confidential,” from Schenning that summarized the information accumulated by the FBI on Anna Mantegna, Wayne Jenkins and the alleged leak in Mosby’s office.

The letter concludes on an unusual note – instead of identifying the leaker, Schenning says that Mantegna was not a provable source of any leak.

Did Mosby fire an employee she knew, or would later know, was innocent?

“At this point, I do not see a basis to pursue any federal charges against Ms. Montegna [sic],” Schenning wrote, saying, “it was possible there was a non-criminal explanation or that the evidence may not reach a stage where criminal charges would be sustainable or appropriate.”

“You may want to consider getting Ms. Montegna’s version from her,” he recommends to Mosby.

Final sentences of the February 15, 2018 letter from Schenning to Mosby, which was later appended to James Webster’s warning letter to Anna Mantegna.

Instead of hearing from Mantegna, Mosby’s Chief of Administration, Camille Blake Fall, and Deputy SA Michael Schatzow fired her on February 20, 2018.

As an at-will employee, Mantegna was given no reason for her firing until she received the Webster letter saying she was terminated “because an FBI investigation revealed you had leaked the existence of an investigation of certain members of the Baltimore Police Department’s Gun Trace Task Force to another member of GTTF.”

But according to Bolden’s account last week, Mosby knew that Mantegna wasn’t the leak because there was no leak – the whole thing was based on “unsubstantiated accusations” leveled by Wise and Schenning to make Mosby and her staff look bad.

So why hasn’t Mosby ever called a press conference about the Mantegna case, similar to the press conferences she has called to announce the overturning of convictions obtained by the GTTF and other tainted police investigations?

She could say she had been led to believe that Mantegna was the leak, but had since discovered that was not true and wanted to correct the record and serve justice.

If Mosby had done that, her lawyer’s letter last Friday to the Justice Department would have more credibility.

NOTE: Baynard Woods in Baltimore Beat and The Real News and Justin Fenton in The Baltimore Sun covered Anna Mategna’s firing and the Webster letter in 2018. See here, here and here.