In a slew of court filings over the weekend, Marilyn Mosby, Baltimore’s indicted state’s attorney, points a finger at familiar malefactors that she has been saying for months have it in for her.

The motion by her lawyers for dismissal of the federal charges against her is an animus-allegation-laden document – the word appears 78 times – replete with more of the zingers the public has come to expect from Mosby’s speeches, tweets and campaign fundraising material.

High on the list of those out to destroy her elected career is the “relentless and unethical” Assistant U.S. Attorney Leo Wise, one of the prosecutors leading the case against her.

In the new court documents, Mosby blames additional individuals for events leading up to the four-count indictment she faces on charges of perjury and making false statements on loan applications.

Among them: her accountant and campaign treasurer Sharif J. Small, the newly installed U.S. Attorney for Maryland Erek Barron, and the counsel for the Maryland Attorney Grievance Commission, Lydia E. Lawless.

But the most devastating accusations are aimed at her husband, City Council President Nick Mosby.

Mosby alleges through her lawyers that her husband made multiple mistakes that led to the Internal Revenue Service placing a $45,022 lien on their Reservoir Hill house in February 2020 for unpaid taxes.

She said she knew nothing about the lien because her husband was in charge of the couple’s tax returns – she only glanced at her salary figure before signing the forms – and had “concealed” withdrawals he had made from his 401k retirement plan over a period of six years.

“My client is clearly an innocent spouse that did not know about the tax issues stemming from her husband’s efforts to deal with the tax issues on his own and to conceal his efforts from my client,” Mosby attorney William C. Brennan Jr. wrote to Lawless last March, responding to an inquiry by the state Attorney Grievance Commission.

Lacking knowledge of her husband’s premature withdrawals in 2014 and 2015 and subsequent tax problems with the IRS, Marilyn Mosby swore that she had no tax liabilities on a September 2020 mortgage application for a Florida condominium, the basis for one of the charges against her.

The next month, the existence of the tax lien was widely reported by the news media.

“My client is clearly an innocent spouse that did not know about the tax issues”  – Mosby attorney William C. Brennan Jr.

Why, then, did Mosby also fail to disclose the lien when she applied for another mortgage application for a second Florida vacation property in January 2021?

Her chief defense attorney, A. Scott Bolden, gives her answer this way in the new filings:

“In November 2020, her husband Nick Mosby . .  . informed State’s Attorney Mosby as well as the public (incorrectly) that the lien had been paid off,” her lawyer says.

In other words, Baltimore’s top prosecutor says that her spouse lied to her.

Taking his word that he had paid the lien off, she says she innocently filled out the second mortgage application that declared she had no tax liabilities.

Even so, how could she not have known about the lien when the IRS had sent notices individually to both Mosbys a year earlier in February 2020?

Covid is the likely culprit, says Bolden. “Documentation of the lien was not properly served on State’s Attorney Mosby, likely because it occurred contemporaneously with the beginning of Covid-related lockdowns,” he writes.

Offering yet another basis for Mosby’s argument that she was never given notice of the lien, Bolden says the couple’s house is not in her name.

The State Department of Assessments and Taxation lists the house as owned by Nick Mosby and Prescott Thompson, Marilyn’s late grandfather.

In her annual state ethics disclosure forms, however, Marilyn lists herself as holding a direct interest in the house with her spouse.

What’s more, the Florida houses she bought in 2020 and 2021 are under her name. They were transferred to her at the same Reservoir Hill house address without apparent mishap. 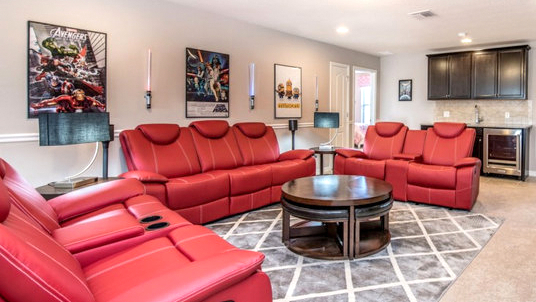 A furnished living room in the Kissimmee, Florida, house Marilyn Mosby purchased in 2020, filing a false mortgage application to buy it, according to her indictment. (Executive Villas Florida)

Mosby’s lawyer also hints at a more personal reason why she may have been in the dark about financial matters – a rift with her husband, whom she married in 2005.

“In 2019, State’s Attorney Mosby contemplated separating from her husband for a host of reasons,” one of the filings discloses.

This development, in turn, impacted her tax filings.

“Despite being an attorney,” according to Bolden, “her knowledge of the couple’s pre-2019 taxes was very limited, and her experience with tax filing was equally limited.”

As a result, she had to rely on her husband’s records and on accountant Sharif Small, who prepared the couple’s separate returns in 2019.

The weekend motions and exhibits are part of the case Mosby is making for U.S. District Judge Lydia Kay Griggsby to throw out the indictment because of “prosecutorial vindictiveness” that violates her constitutional rights to due process and equal protection.

As she has in the past, Mosby accuses Wise and former acting U.S. Attorney Stephen Schenning of “malicious personal, political and even racial animus” and of “baseless smears” related to her office’s alleged leak of information regarding the Gun Trace Task Force (GTTF) corruption case.

Once again, Bolden accuses Wise of using the indictment to try to derail her chances of winning a third term in the June 2022 Democratic primary, noting that Wise had contributed $100 each to her two primary opponents in 2018.

The new filings also offer fresh information on tax evasion charges that the U.S. Attorney’s Office contemplated, but so far not filed.

Explaining how the power couple got into so much tax trouble, Marilyn Mosby singles out Small, who she said had “not only been preparing the couple’s taxes for years,” but “had actively held himself out within the greater Baltimore community as an expert in tax planning and business advice.”

Unlike Mosby’s husband, who submitted a November 2020 affidavit acknowledging his wife’s version of events, her accountant apparently disputes them.

For example, Mosby maintains that Small alone prepared her Schedule A form for 2019, which included $18,730 in charitable deductions that federal prosecutors have questioned.

Small, however, says Marilyn Mosby told him specifically what to deduct.

“While Mr. Small may have testified in the grand jury that State’s Attorney Mosby provided Mr. Small with an exact amount of charitable deductions to be listed on the return, this is absolutely false,” Bolden asserts.

Instead, “this is simply the case of a reasonable person without any tax expertise [i.e., Mosby] who relied on her tax preparer to tell her what deductions were appropriate,” Bolden writes.

Despite the accusations that Small poorly handled Mosby’s taxes – then lied about it – the accountant still acts as her campaign treasurer.

The latest report for Friends of Marilyn Mosby was signed on January 19, 2022 by “Sharif Jamal Small, treasurer.”  And his name remains on her official registration forms filed with the State Board of Elections.

Going after U.S. Attorney Erek Barron publicly for the first time, Mosby’s motion for dismissal of the indictment cites the account of Sheaniqua A. “Nikki” Thompson.

Currently the $115,000-a-year director of legislative affairs for City Council President Nick Mosby, Thompson said she had interactions with Barron in Annapolis when he was a state delegate from Prince George’s County and she worked as a lobbyist for the Job Opportunities Task Force.

Speaking with “then-assemblyman Barron” (her wording) during the 2019 legislative session, Thompson said she caught sight of Marilyn Mosby outside a hearing room and expressed her admiration of Mosby.

“He responded first by discussing rumors about State’s Attorney Mosby’s sex life, then commented, ‘I don’t understand all the hype around her, I don’t get it. She was my intern, and I don’t get how she got where she is,’” according to a statement Thompson signed earlier this month.

(Their paths apparently crossed in 2005 or 2006 when Barron was a Baltimore City assistant state’s attorney and she worked as a law clerk.)

In subsequent conversations, Thompson said that “Mr. Barron would tell me how much he disliked working with State’s Attorney Mosby, and how he didn’t like her style and approach.” 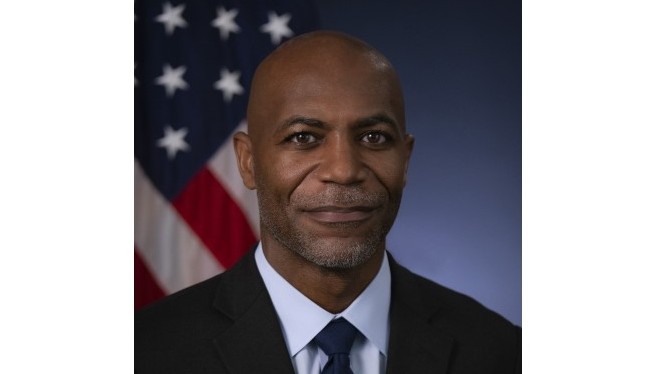 Another person Mosby says is biased against her is Bar Counsel Lydia Lawless, who investigated the couple’s unpaid taxes on behalf of the Maryland Attorney Grievance Commission.

In 2020, Lawless requested the Mosbys’ tax returns for 2014 through 2019. Marilyn Mosby said she responded with what her lawyer described as “a substantial production of tax documents.”

But Mosby refused to provide further documentation Lawless requested, saying it was “outside the scope and purview of Bar Counsel’s jurisdiction.”

Lawless allegedly followed up by referring the matter to Wise as part of her “relentless campaign to destroy” Mosby’s reputation.

Mosby’s attorneys offered a theory for how Lawless got the idea to seek her tax records.

“Media reports” is a reference to The Brew’s story on Mosby’s extensive travel, to conferences in Africa, Europe and Great Britain as well as to dozens of U.S. destinations, and her formation of three private travel and consulting companies.