The Baltimore Board of Ethics today ruled that Council President Nick Mosby violated ethics rules by accepting cash from “controlled donors” – persons doing business with the city – through the Mosby 2021 Trust, also known as the Mosby 2021 Defense Fund.

Mosby, who refused to cooperate and whose trust lawyer refused to provide documents to the panel, was ordered to “accept no present or future payment or other benefit” from the fund or the Donorbox fundraising page operating on behalf of the fund.

The board further called on Mosby to require the fund to identify all of its contributors, amend his ethics disclosure statement and return donations obtained from controlled donors.

Today’s decision is considered unprecedented for the four-member panel, which has been criticized in the past for meekness and for deciding cases behind closed doors.

Mosby is not subject to a fine or other discipline as an elected official. But a 17-page report of the board’s investigation was forwarded to the City Council and Mayor Brandon Scott “for appropriate action” under the city code.

What’s more, if Mosby fails to comply with the order, the board could seek future civil penalties of up to $1,000 a day.

In a prior letter to the board by his attorney, the Council president denied “any involvement” with the fund and said he was “unaware of any solicitation from any person to contribute to the Mosby Trust.”

The secretive trust fund – whose officers and cash receipts have been hidden from public view – was set up last year after Mosby and his wife, Baltimore State’s Attorney Marilyn Mosby, became targets of a federal criminal investigation.

Marilyn Mosby is scheduled to stand trial in September on two counts of perjury and two counts of making false statements on a loan application. Saying she has done “nothing illegal, nefarious or wrong,” she is seeking a third term in the Democratic Party primary in July.

Nick Mosby has not been charged, but is cited in the federal indictment as aiding his wife in falsifying the origins of a purported $5,000 gift she used to buy a condominium near Sarasota, Fla., in 2021.

Today’s ethics report contains the first account of the money raised by the Mosbys through the trust fund. As of March 15, the trust had received $14,352.55 from over 130 separate donations.

Also revealed for the first time: the report infers that Marilyn Mosby’s lead attorney, A. Scott Bolden, or his law firm, Reed Smith, serves as the fund’s principal. 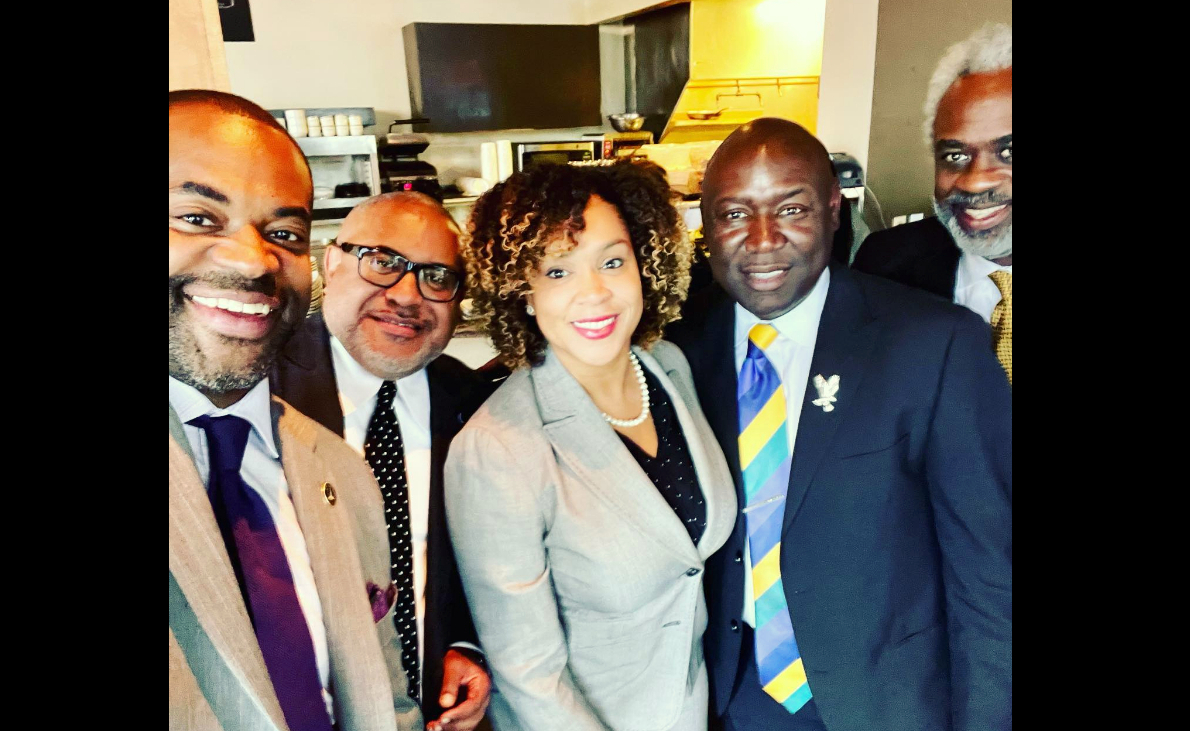 Marilyn Mosby with Nick Mosby (left) and defense attorney A. Scott Bolden (second from left) before a press conference last October where Bolden denounced the federal investigation of the Mosbys as racially motivated. Attorney Ben Crump and Baltimore NAACP President Kobi Little are to the right. (Facebook)

The largest single donation to the fund was $5,000 given by the unnamed resident agent of a city-certified minority or woman-owned business. “This business was listed as a subcontractor in a contract that was before the city’s Board of Estimates in 2020,” the report says.

Following his election as City Council president, Nick Mosby became head of the Board of Estimates in December 2020.

The report also identifies a small grant awarded by the BOE to a nonprofit organization in March. “The executive director of that organization appears to have donated $100 to the Mosby Trust’s Donorbox account a few weeks prior to that award, on January 18, 2022,” the report says.

Mosby violated Section 6-26 of the city code that prohibits a public servant from soliciting – or facilitating the solicitation of – a gift from a person or entity who does or seeks to do business with the City Council, Council President’s office, Board of Estimates or other city entity.

Mosby was notified last August that the ethics board had received complaints about his use of the trust fund.

In October, Bolden refused to hand over documents requested by the panel, saying they were subject to attorney-client privilege and further asserted that “there were no contributions to the Mosby Trust” to his knowledge. 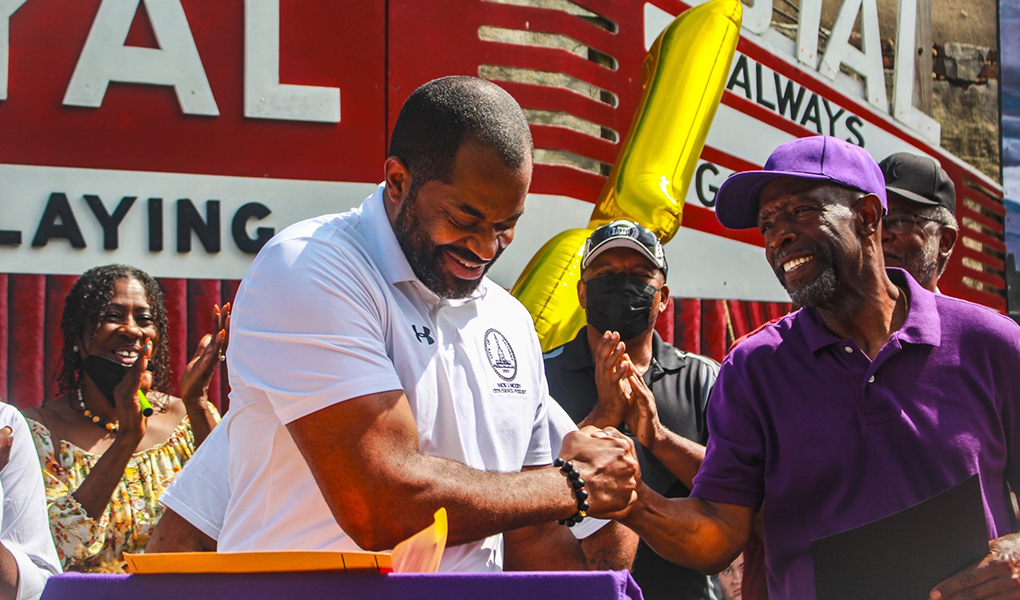 Issuing subpoenas to Donorbox’s payment processor, Stripe (Donorbox itself refused to comply with a subpoena), the board found that the trust fund had, in fact, received $7,717 in donations by that date.

In January, Mosby was informed that the board had found “prima facie violations of the ethics law” and gave him the opportunity to cure the violations.

“Respondent rejected such opportunity to cure,” the report says.

Another Mosby attorney, James J. Temple Jr., argued there was no evidence that Mosby had directly solicited donations that came to trust fund.

The board disagreed, saying that Mosby had lent his name, picture and credentials to the fund’s online page.

It further rejected Mosby’s claim that he was not actively involved in setting up the fund.

It noted that he and the fund’s trustee were photographed together at last year’s Preakness – three days before the fund was established.

“I categorically deny that I have committed any breach of the city’s ethics code and I am completely perplexed by the board’s findings. The board is fully aware that I have never asked, requested or solicited any person to donate to the ‘legal defense fund.’ The board further knows that I never assisted in the creation of the legal defense fund or the entity that controlled the funds that were donated. In fact, I proactively disclaimed any interest in that trust fund, in advance of their findings, and I instructed the trust to return the limited amount of funds received on my behalf.

“Knowing that no money has ever been paid to me or my attorneys from the legal defense fund, the board erroneously found that I had received some benefit from the trust that managed the donations. Further, not a single witness was ever interviewed by the board’s staff, and there was little or no follow-up concerning the documents that were obtained. Neither I, nor my attorney, had access to the private conferences with the board and the law firm it paid to pursue. The board was investigator, prosecutor, judge and jury – that is not a fair or impartial process.”