Baltimore’s ex-chief purchasing agent, who left her position and later city government after an inspector general’s report disclosed her mishandling of a police towing contract, is about to return to the payroll as a consultant for the sheriff’s office.

Before the Board of Estimates tomorrow is a $24,000 employment contract for Erin Sher Smyth to develop and oversee “an office-wide procurement process improvement project” for Sheriff John W. Anderson.

Among her tasks, according to the BOE, will be “identifying profitable supplies” and “negotiating with external vendors to secure advantageous terms.”

Only 1.49% of the sheriff’s office’s $24.7 million budget for next year includes materials, supplies and equipment from outside vendors.

“She screwed up as the procurement officer and now she’s being brought back as an expert – it doesn’t make any rational sense,” a high-ranking city official, who requested anonymity, said today.

Baltimore’s ethics law provides that after terminating employment, a former public servant “may assist or represent” for compensation the city itself, but not employers who do business with the city. This would apparently clear Smyth’s way to obtain the sheriff’s contract 15 months after she left city employment.

Smyth could not be reached for comment at her Owings Mills residence.

After she was singled out by the IG, Smyth was made deputy director of the Mayor’s Office of Special Projects, where she received an $8,000 salary increase (to $134,000) before she resigned in March 2021.

Smyth’s transfer was engineered by Kimberly L. Morton, who was then Mayor Bernard C. “Jack” Young’s chief of staff.

Morton is currently serving as Sheriff Anderson’s $46,800 “consultant for intergovernmental affairs,” having retired from city government in December 2020 after Young’s term in office ended.

The Board of Estimates, controlled by Mayor Brandon Scott and chaired by City Council President Nick Mosby, exempted Morton from city rules that say that a retiree cannot be paid more than the difference between her prior maximum salary and her current retirement pension.

That exemption boosted Morton’s hourly consultant pay to $150 an hour – the same rate that Smyth is set to receive. 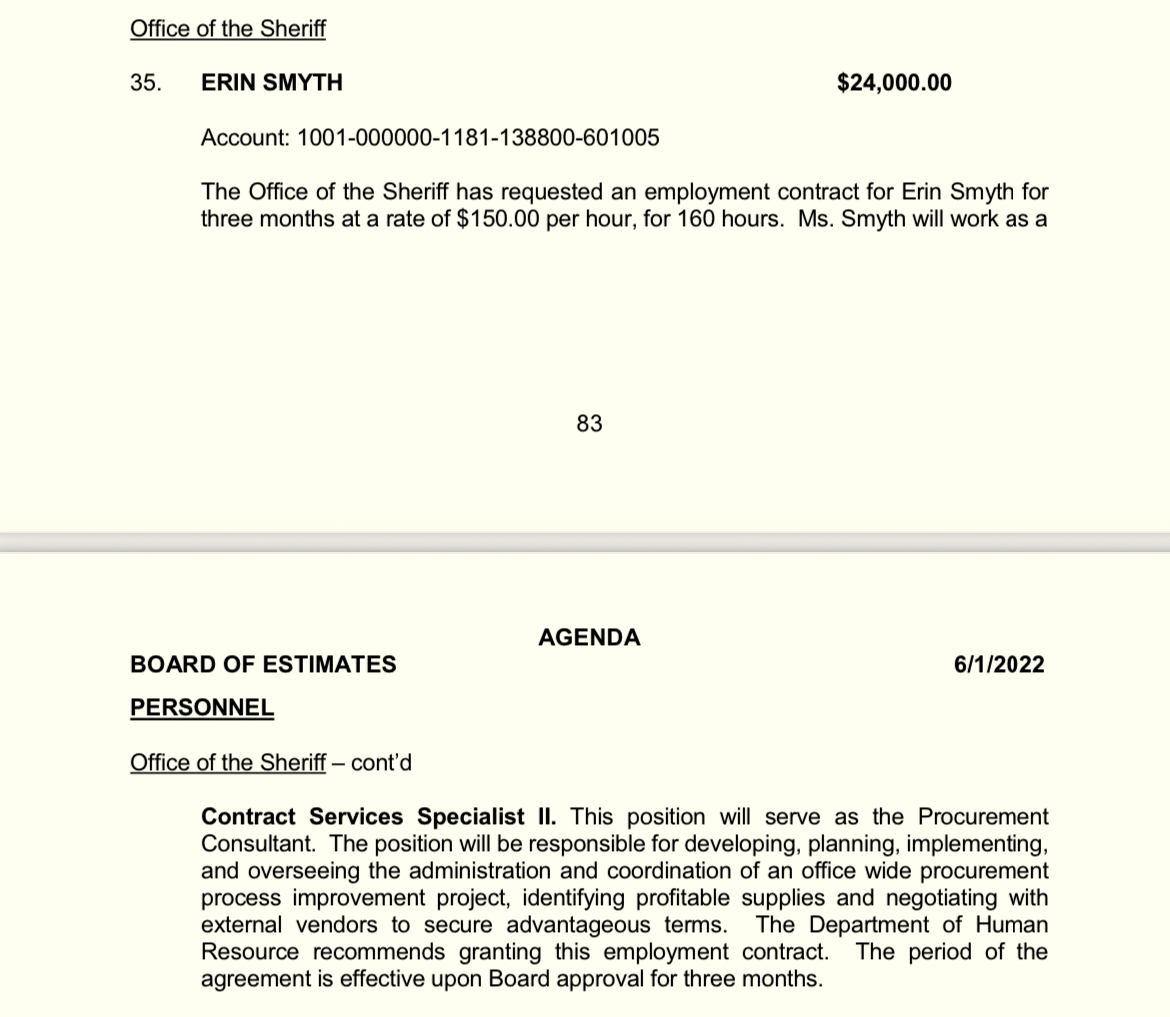 Description of the pay and duties of Erin Smith at the sheriff’s office. (BOE June 1, 2022 agenda)

Anderson, who is 75 and is seeking his ninth term in office in next month’s Democratic Party primary, has been politically tied to Morton since she was in the state’s attorney’s office.

He is facing Sam Cogen, a former assistant sheriff, in the July primary. 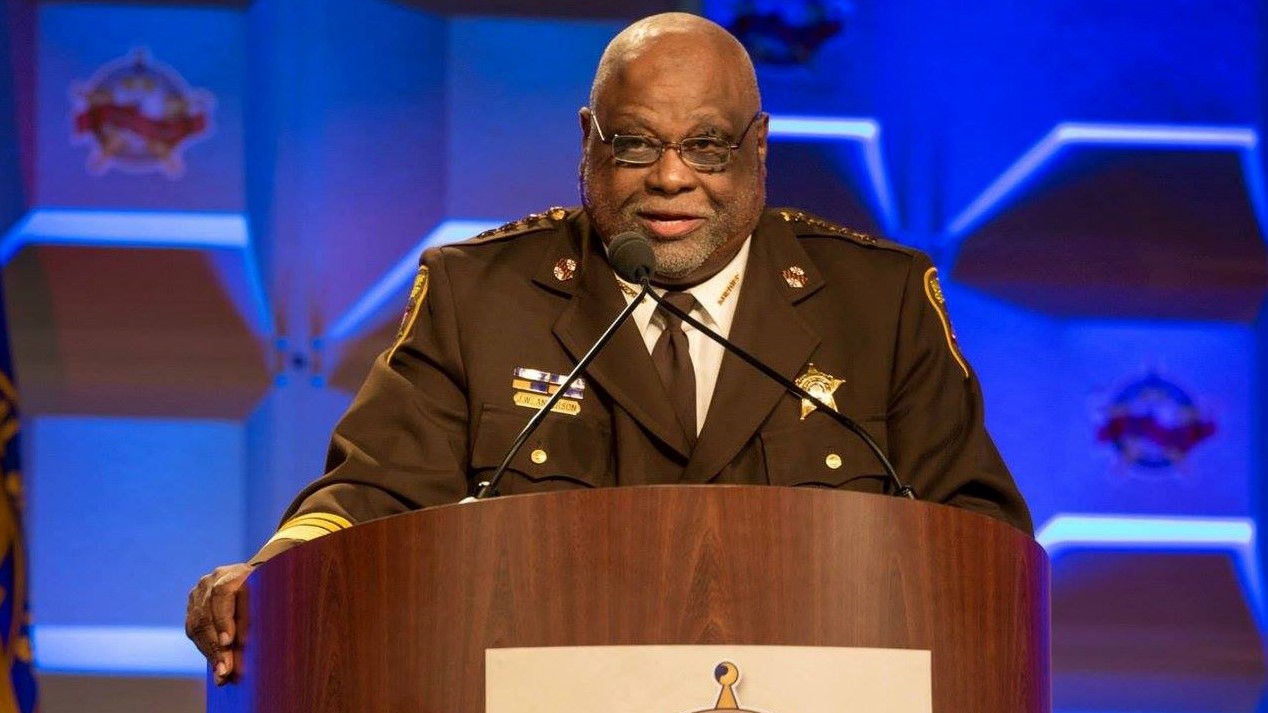 Smyth was hired in 2007 as an assistant city solicitor and was tapped by then-Mayor Catherine Pugh as the city’s chief purchasing agent in February 2017.

Smyth’s alleged mishandling of a 2019 parking garage contract with SP Plus Corp. was later revealed to have cost the city $7.5 million in unexpected management fees.

Her online LinkedIn page, which describes her as a “government contracts attorney, procurement professional, space nerd [and] artist,” does not list any current employment.

She is set to start work at the sheriff’s office immediately “upon Board approval for three months,” according to tomorrow’s BOE written agenda.