Federal prosecutors seek to use Marilyn Mosby’s written responses to The Brew, which confirmed the existence of her private travel business, as the centerpiece of next week’s trial of Baltimore’s state’s attorney on perjury and false statement charges.

Mosby’s 2020 statement to The Brew – asserting that Mahogany Elite Enterprises had “no clients” and that she had “not received a single cent in revenue” – contradicts her planned defense that the business was undergoing financial hardship due to the Covid-19 pandemic, permitting her to legally withdraw $90,000 from her city retirement account to buy two vacation properties in Florida.

“The defendant argues she is innocent of perjury charges in 2022 because she lied in 2020 and 2021,” prosecutors said in a court filing last night, adding that she should not be allowed to invoke attorney-client privilege “to keep her prior statements out of court.”

U.S. Attorney Erek Barron has proposed a “sanitized” version of the July 15, 2020 statement issued by Mosby’s office to The Brew to comply with Judge Lydia Kay Griggsby’s ruling that the government cannot introduce other investigations of Mosby at the trial.

During those investigations, Mosby and her attorneys repeated that Mahogany Elite Enterprises was “non-operational,” and Mosby did not report any income on her state and federal tax returns. 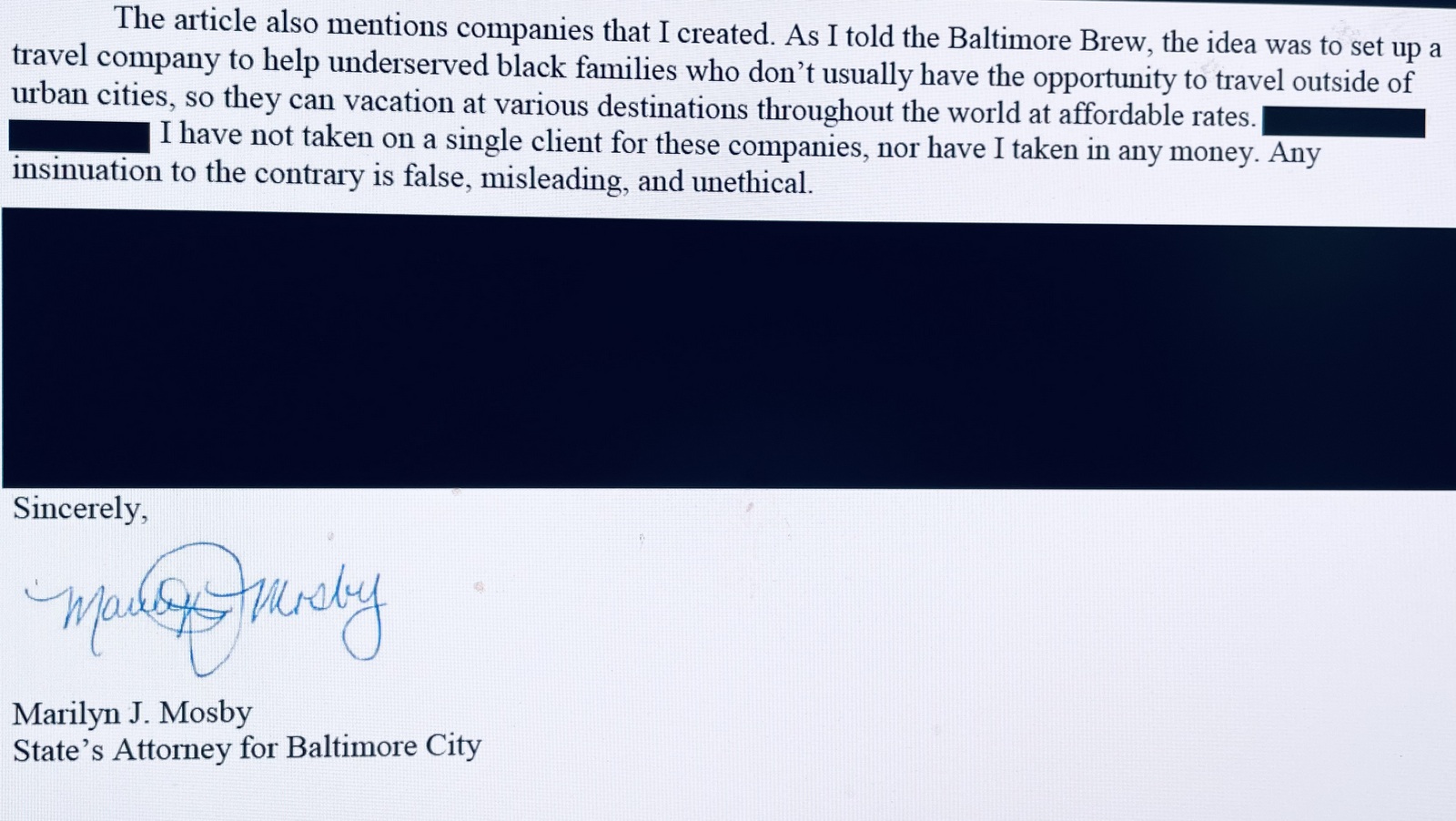 I am confident that I have always abided by the ethical rules and regulations and have been fully transparent about any gifts, travel or other financial activity. I am therefore asking you – an independent authority – to investigate my financial disclosures and travel. I am willing to share with you any and all documentation you request, including bank account statements, credit card statements and inner-office financial ledgers. The people of Baltimore have endured far too many corruption scandals and need to know what is and is not illegal.

Prosecutors also hope to introduce a letter from one of her attorneys, David Shuster, acknowledging that Mosby amended her state financial disclosure form to include her travel business three weeks after the form was due in June 2020.

“If she was lying then, she used her attorneys to perpetuate a crime and a fraud”  – U.S. Attorney Erek Barron.

Barron wrote that introducing these and several other documents at trial “are vital to the government’s case and, given the asserted defense, have immense probative value.”

Barron argues that “the defendant should not be allowed to argue that her earlier false statements are covered by privilege because if she is correct – and she was lying then – she used her attorneys to perpetuate a crime and a fraud.”

Mosby’s defense lawyers have not replied to the government’s motion and, according to Barron, have signaled they will not make a counter proposal. 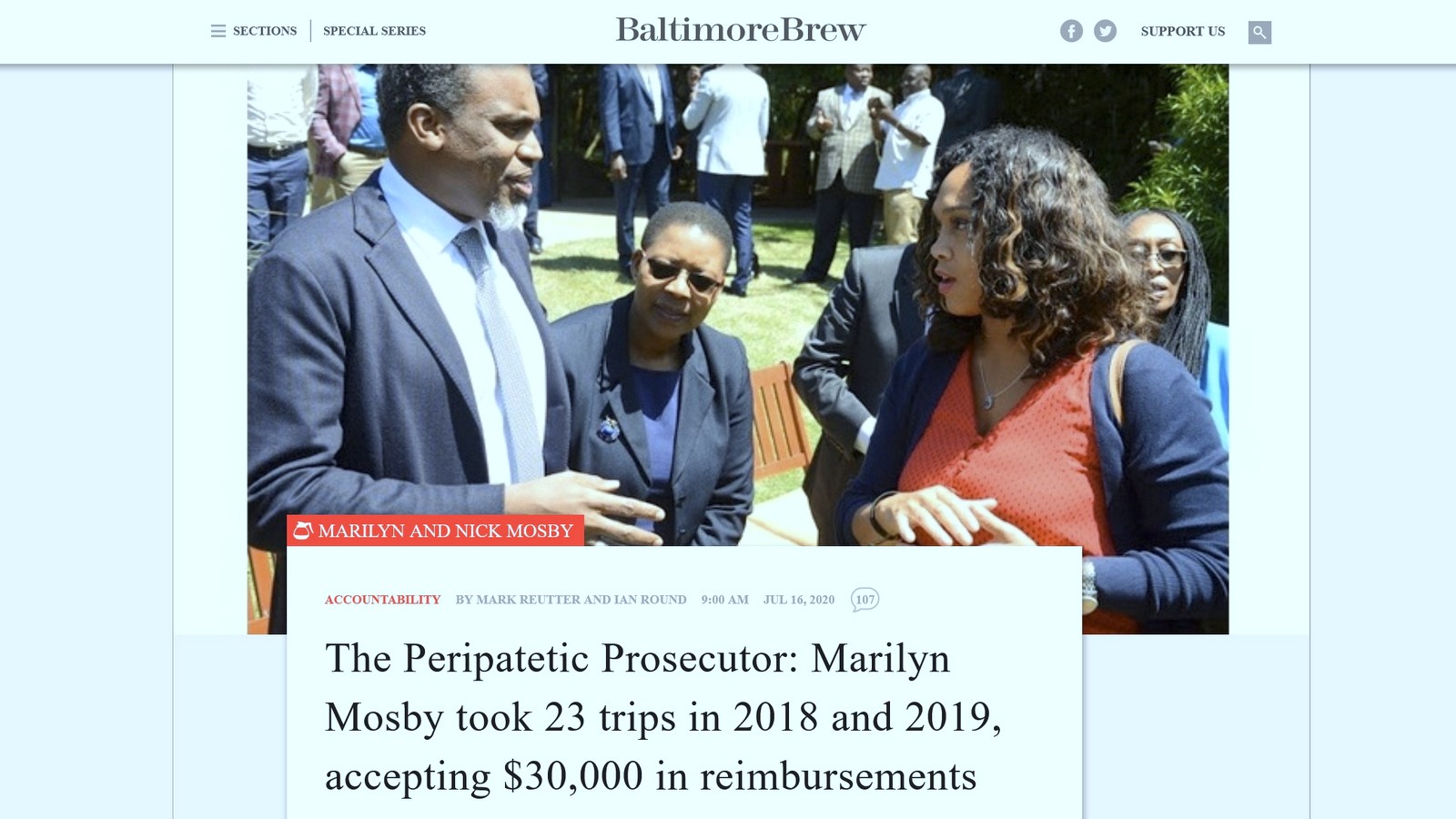