In the first months of Brandon Scott’s administration, the question of whether Baltimore State’s Attorney Marilyn Mosby should have gotten Board of Estimates approval for her travels to Europe, Africa and the United Kingdom preoccupied his top aides and others.

In one Twitter post, Mosby wrote, “It is deeply disturbing that the IG has publicly criticized me. . . and applied an ambiguous administrative rule related to travel reimbursements.”

After Comptroller Bill Henry sought clarification, City Solicitor Jim Shea came to the conclusion that the travel rules in the city’s AM (Administration Manual) were inexact, making it unclear whether Mosby was in violation.

The new travel policy settles the matter of advanced notification “once and for all,” Scott said in 2021.

So at the mayor’s request, Shea and City Administrator Christopher Shorter convened a Travel Rule Work Group. Following three months of study, the panel came up with new procedures designed “to ensure [that] all public officials receive clear and consistent guidance when it comes to travel and notification policy once and for all,” Scott declared in a May 19, 2021 press release.

The key change required that any travel undertaken by city employees costing over $800 (or $100 if paid by a third party) must be disclosed and OKed ahead of time by the Board of Estimates.

Travel overseas and trips covering one or more weekend days also needed advanced approval by the board.

The rules covered both elected officials and salaried city personnel. Shea hailed them as “consistent with Mayor Scott’s pledge to bring transparency and accountability to City government.” 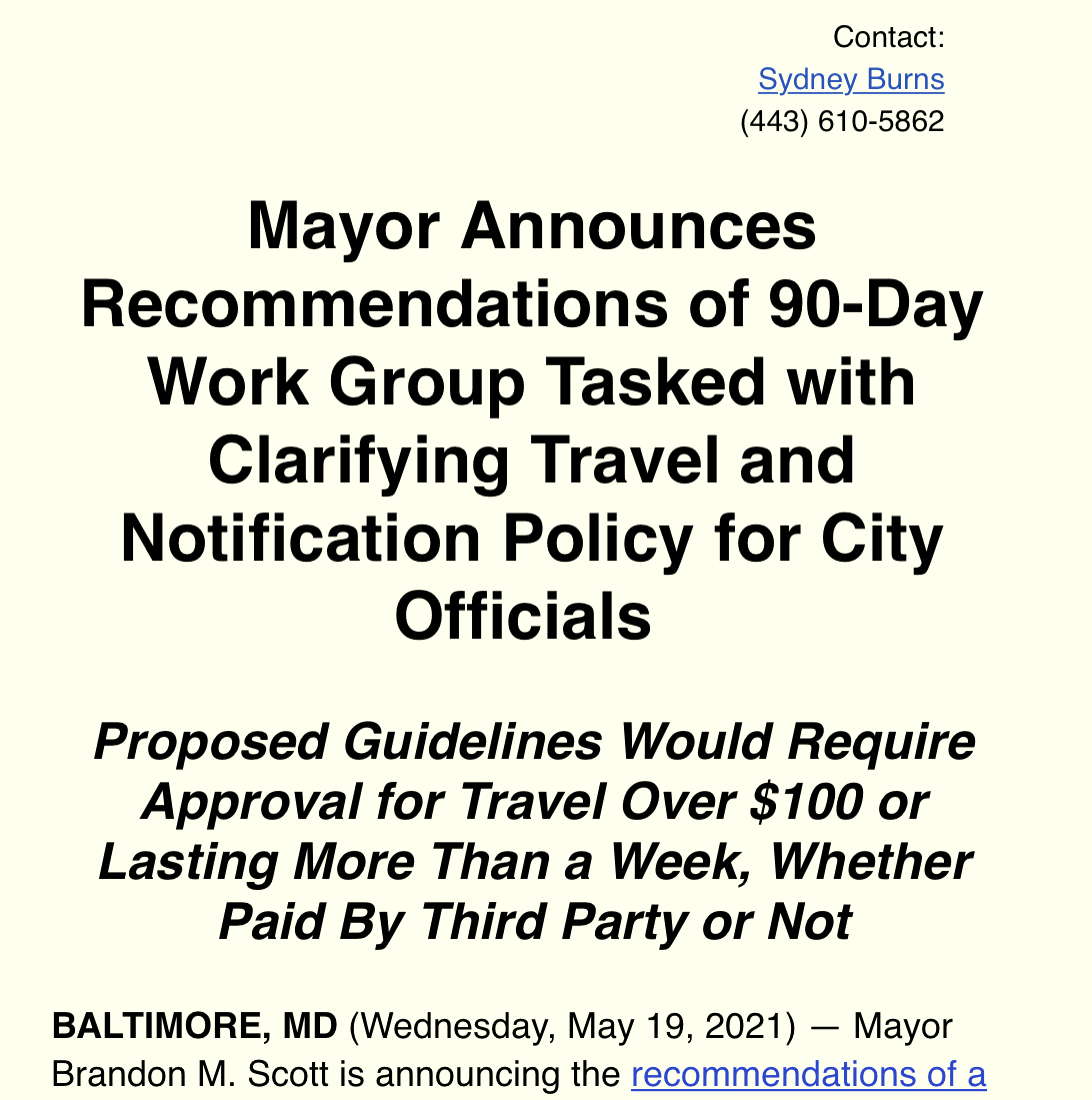 A vote to approve the new policy, however, did not go smoothly.

Nick Mosby twice asked the board to delay action on the changes. Then, at a tempestuous meeting on June 9, 2021, he abstained, pointedly noting that the rules only applied to the 17 elected officials at City Hall.

As The Brew then noted:

“Missing from the lineup was his wife’s position. Was Nick Mosby suggesting that the state’s attorney was exempt? Neither the mayor nor lawyer Shea challenged Mosby’s statements. Later, Scott said the new policies would cover 18 elected positions, including the state’s attorney, and would become effective immediately.”

After the vote, Marilyn Mosby claimed credit for the new travel policy.

The revised rules were approved that day by Scott, Shea and Deputy DPW Director Matthew Garbark. After failing to table the measure, Henry voted no.

After the vote, Marilyn Mosby claimed credit for the new travel policy. She released a statement saying, “As I have always disclosed all my work-related travel, I am in support of the board’s decision to require city elected officials to formally do the same.”

In light of this background, consider what happened at yesterday’s BOE:

A request for $9,000-plus in travel costs incurred by Nick Mosby’s chief of staff – a salaried position covered by the new rules – was presented to the board two weeks after the aide attended a week-long education course at Oxford University in Oxford, England.

Shea and Shorter (the latter acting in place of Mayor Scott) voted to approve the travel request, along with DPW director Jason Mitchell.

Comptroller Henry abstained, saying that he would not vote on “an expenditure from a component of an elected official’s budget.”

Mosby offered no statement at all. Instead, it was announced at the start of the meeting that Mosby would abstain from the agenda page that contained the travel request.

And neither Shea, Shorter nor an absent Mayor Scott explained why they chose to abandon the “clear and consistent” new policy they had championed a year before. 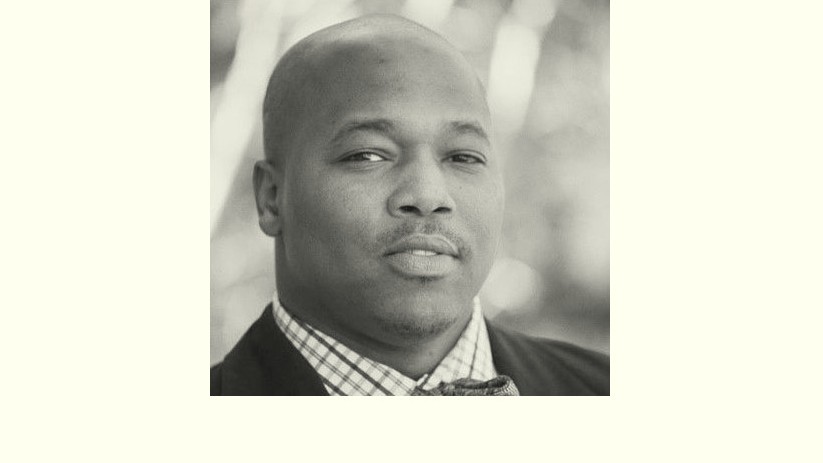