Baltimore City will pay $315,000 in back wages to three police officers who – charged in separate high-profile cases involving assault, extortion and alleged domestic violence – have returned to active duty, according to documents before the Board of Estimates.

Criminal charges against two of the officers were dropped by the office of Baltimore County State’s Attorney Scott Shellenberger.

The third officer’s offenses were dismissed by a city judge.

Police who are cleared of criminal charges are entitled to back salary and benefits for the period of their suspension under the Baltimore Police Department’s agreement with the Fraternal Order of Police (FOP) Lodge 3.

That means a payday of $137,039, plus about 15 weeks of vacation and sick leave in the case of Officer Leon P. Riley.

11/16/22 UPDATE: Today’s scheduled BOE approval of the payments was deferred at the request of Comptroller Bill Henry, who said he wanted more information on the three cases.

Riley was arrested in August 2020, months after a video captured him placing his arm around a man’s neck during a violent arrest in West Baltimore.

“Put your hands behind your back. You’re fighting. Stop.”

“I will be personally following up with [Harrison] as more details come to light,” Scott tweeted.

Those charges were dismissed in July by Circuit Judge Philip S. Jackson after a two-day bench trial.

Jackson ruled that Riley’s conduct was within the bounds of the law, even though a 2019 BPD use-of-force rule prohibits the use of a chokehold unless the situation calls for deadly force. In the wake of the May 2020 asphyxiation death of George Floyd in Minneapolis, Harrison had announced a use-of-force policy that emphasized de-escalation.

While Officer Riley had placed one arm around the neck of 23-year-old David Dixon and held it for “about 15 seconds,” Jackson said that Dixon did not appear to suffer injuries from the chokehold.

Jackson further noted that prosecutors did not present medical records that described any neck injuries to Dixon, who was killed in a shooting last March.

Now-Mayor Scott is set to approve the cash settlement with Officer Riley, who was accused of another violent arrest in 2019.

The item is on the agenda for the spending board’s November 16 meeting. 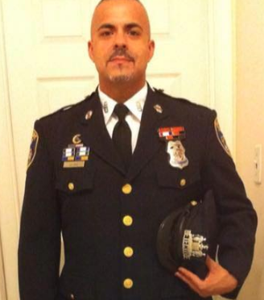 Also coming before the spending board is a payment to Detective Juan A. Diaz.

Board documents say Diaz is entitled to $168,707 in back pay following a nearly two-year suspension arising from his involvement in the alleged kidnapping and extortion of a home contractor by a fellow police officer.

On August 24, 2020, Diaz was indicted by a Baltimore County grand jury with aiding Sgt. James Lloyd, a veteran Baltimore homicide detective, who was unhappy with a contractor ‘s work.

Using police resources to determine that the contractor had a suspended driver’s license, Lloyd threatened to arrest him if he did not make a refund.

Diaz was present at the confrontation in Lloyd’s backyard, along with two other officers who arrived in an unmarked police van. Diaz suggested that the contractor pay Lloyd $3,500 in exchange for his “freedom.”

Lloyd drove the reportedly terrified contractor to a bank and forced him to write out a cashier’s check for the amount.

Diaz was charged with extortion and misconduct in office, but a day before his trial was to begin last June, the charges were dropped by Shellenberger’s office. Lloyd, meanwhile, struck a plea bargain with prosecutors and was sentenced to one year in jail.

Represented by the law firm of Ivan Bates, Baltimore’s newly elected state’s attorney, Diaz asked to return to active duty and “is entitled to receive back pay for the period he was suspended without pay,” a police department memo says.

Officer Thomas J. Kirby, also in line to receive back pay, was arrested last June 2 after his ex-girlfriend told police that he had poked a loaded handgun into her rib cage and said, “I’m going to shoot you.”

The alleged incident happened at Kirby’s Baltimore County home and was similar to other past incidents, the woman told police, when he threatened to shoot her and his own family.

According to charging documents, Kirby had seven registered handguns in his house. He was held on assault and firearms offenses, but they were dismissed after Deputy State’s Attorney John Cox said prosecutors had determined there was “insufficient evidence to proceed to trial.”

As a result of an eight-week suspension, Kirby is now entitled to $9,002 in back pay and two days of vacation and sick leave.

A report last year by the ACLU of Maryland listed Kirby as being in the Baltimore Police Department’s 90th percentile for both complaints (15) and uses of force (47) between 2015 and 2019. It’s unclear how many of those complaints were sustained.

His name also appears – along with that of Officer Riley – on the Baltimore state’s attorney’s list of police officers with “credibility” issues, where prosecutors have doubts about whether their testimony in court could be trusted.