The professional background of Ebony Thompson, announced today as Baltimore’s next city solicitor, does not appear to meet the Baltimore charter requirement that the city solicitor must have practiced law for at least 10 years.

Thompson obtained her law degree from the University of Baltimore School of Law in 2013 and went to work that year at the Baltimore office of Venable LLP. While in law school, she had interned at Venable.

Online records of the Maryland Courts show that Ebony Monet Thompson was admitted to the bar on December 19, 2013.

That apparently leaves her one year short of the qualification needed to meet this requirement:

“The City Solicitor shall be a member of the Maryland Bar, who has practiced the profession of law for not less than 10 years,” the Charter states on page 177.

The Maryland Code for Business Occupations and Professions, Article § 10-601, further states that a person “may not practice, attempt to practice, or offer to practice law in the State unless admitted to the Bar.”

Monica Lewis, spokeswoman for Mayor Brandon Scott, has not responded to emails and text messages concerning Thompson’s legal experience and qualifications under the charter.
________________________
11/18/22 UPDATE: After publication, The Brew received these statements from Lewis in response to our query and follow-up questions.

• That in addition to her nine years as a member of the Maryland Bar, Thompson “worked as a summer associate and law clerk with Venable LLP and had tenures with Judge George Russell III, Peter Angelos Law and with the Homeless Persons Representation Project.”

* The reference to Perez involves a 2006 Maryland Court of Appeals ruling we noted that found Perez was ineligible to run for attorney general because – although he had practiced many years in federal court – he lacked the 10 years of legal experience in Maryland. The 10-year requirement for a city solicitor in the Charter closely resembles the language of the State Constitution. 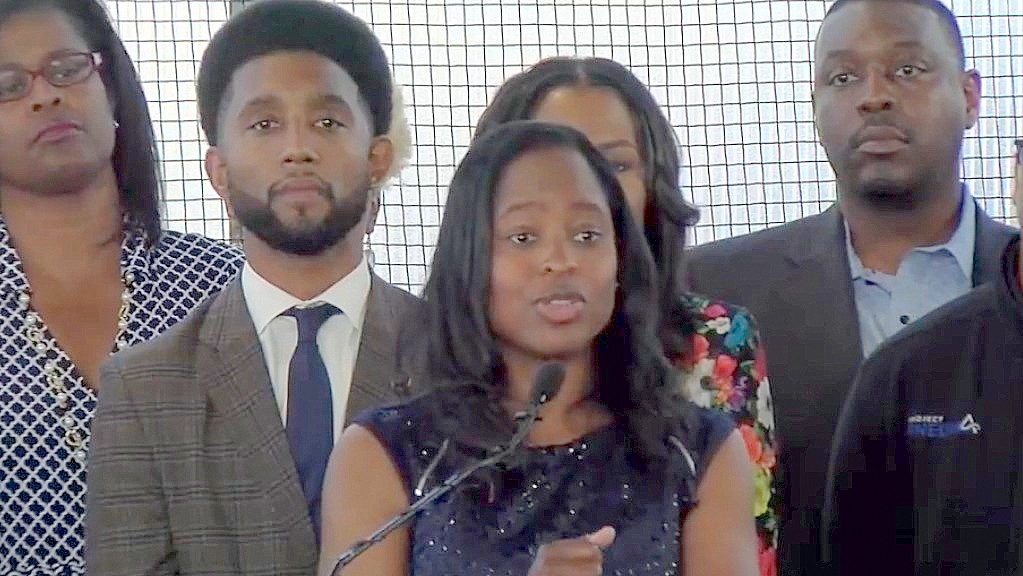 Currently the deputy solicitor and Mayor Scott’s acting chief of staff, Thompson was announced as the city’s new solicitor in a press release sent out by the mayor’s office earlier today.

Shea today announced his plan to retire. Shea was hired as city solicitor in 2021 at a salary of $188,000. He also did not respond to questions submitted about Thompson’s experience.

Thompson’s salary was not disclosed today by the mayor’s office.

The position Shea is leaving and Thompson is taking on is one of the most powerful in city government.

Under the charter, the city solicitor is the top legal adviser and representative of the city and its several departments, officers, commissions, boards, and authorities, and has general supervision and direction of the legal business of the city.

The solicitor also sits as one of the mayor’s appointees on the five-member spending board, the Board of Estimates.

Scott expressed confidence in Thompson, describing her in the press release as “the ultimate team player.”

“I’m excited to see her continue to lead in this new role and look forward to her contributions continuing to make us a stronger and more effective administration,” he said.