Last June, Baltimore City Council President Nick Mosby appealed an ethics board ruling that he had violated gift solicitation rules through his involvement in a legal defense fund set up for himself and his wife, indicted State’s Attorney Marilyn Mosby.

Mosby filed the motion for a court hearing pro se, meaning on his own behalf. Today the electrical-engineer-turned-politician told a judge that in the nearly six months since then, he’s been unable to find a lawyer to represent him.

“I thought I was really close, but it fell through. A conflict of interest with the city. I’m going to have to go outside this area, to southern Maryland or maybe even D.C.,” Mosby explained to Circuit Court Judge Lawrence Fletcher-Hill today.

Lack of a lawyer has meant, among other things, that Mosby blew a September court deadline for producing a memorandum explaining why he was protesting the ethics board order to return $5,100 collected by the defense fund from “controlled donors,” or persons doing business with the city.

“A delay frustrates the board’s ability to follow through on its administrative order,” said the panel’s counselor, Sarah M. Hall.

Hall argued that “the court’s and the board’s time should not be squandered further,” noting that Mosby had waited until last Thursday to file an emergency motion to postpone the hearing.

Over her objections, Fletcher-Hill granted Mosby a new hearing date of January 10, 2023.

“Try to get counsel before the winter holiday,” the judge advised, saying his case was “important” and required proper legal representation.

“I hear you loud and clear,” Mosby replied.

Thanks to postponements, 2023 will bring other scheduled court dates for the Mosby family.

Marilyn Mosby will be out of office in early January, but will be facing her own trial on perjury and false statement charges that, twice postponed from May 2022, is now set to start on March 27, 2023.

FOR THOSE SEEKING MORE:

The online defense fund, set up for the Mosbys after they came under federal investigation, raised $14,352.55. It is currently inactive and on maintenance mode. 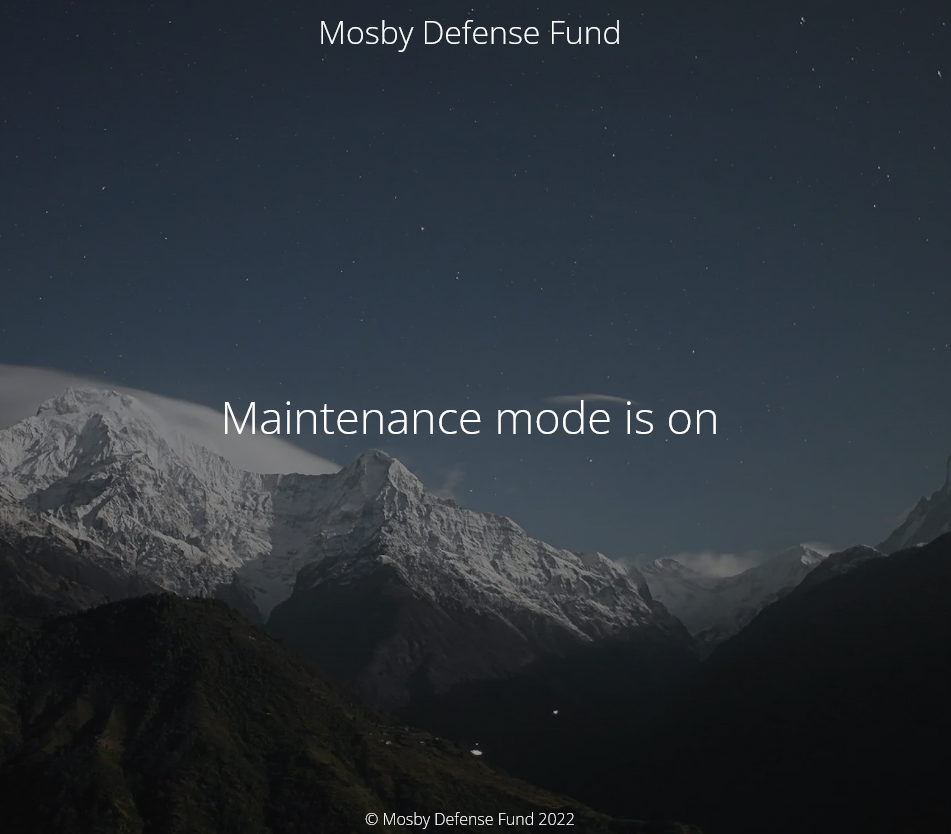